This $94 million large-scale renewable energy project will include the installation of about 330,000 solar panels on a large land area near the Gunnedah Substation.

Construction of Orange Grove Sun Farm is set to support up to 80 jobs. 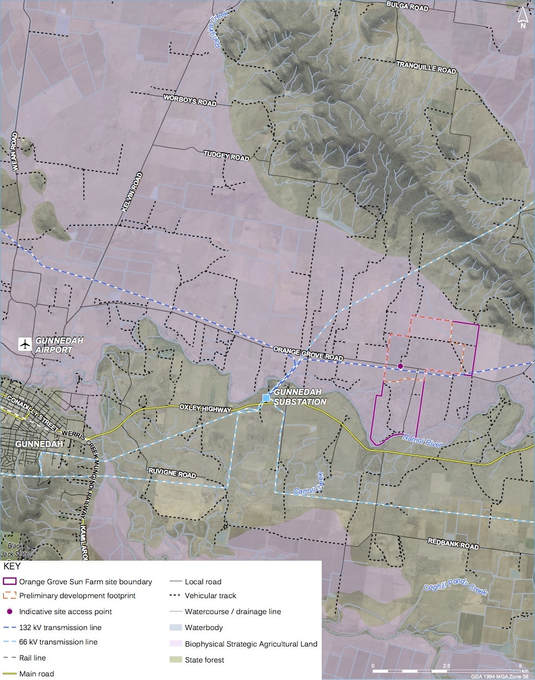 The NSW Department of Planning has given the project a ‘state significant development’ status and upon its recommendation for approval, certain conditions have been set including monitoring and minimising any environmental impacts the project might produce. Other conditions include addressing the concerns raised by locals such as flood risks and visual impacts.

The project will also include the provision of increased setback and appropriate landscaping to lessen the visual impact of the solar farm.

The development of this solar farm will help the State reduce its production of greenhouse gases.

“[This project] will assist in reducing greenhouse gas emissions and climate change; would not result in a significant reduction in the overall agricultural productivity of the land and can be appropriately rehabilitated following decommissioning; and achieves a reasonable balance between maximising the use of the solar resource and managing potential impacts on the environment and on surrounding landowners,” the Independent Planning Commission stated in its report.

Engineering firm UGL Limited will commence work this month on a $110 million contract by Shoalhaven City Council as part of Stage 1B of the Council's Reclaimed Water Management Scheme (REMS).

Port of Brisbane Pty Ltd is delivering a $110 million upgrade to Port Drive and the local road network, delivering safer and more efficient port roads. This upgrade, which is being brought forward well ahead of capacity demand, "will help ensure the Port of Brisbane continues to meet the needs of industry and customers as trade grows."

The VIC Government have called for expressions of interest to build the $110m Chandler Highway upgrade in Melbourne. EOIs close Wednesday 15 June, and interested companies will be shortlisted prior to a tender process, which is expected to start in mid-2016.