Plans of upgrading High Street - between Stirling Street and Carrington Street - in Fremantle, Western Australia is moving forward with the tender phase anticipated to begin in October of this year and construction to begin in the second half of 2019.

The proposed $118 million upgrade will include: 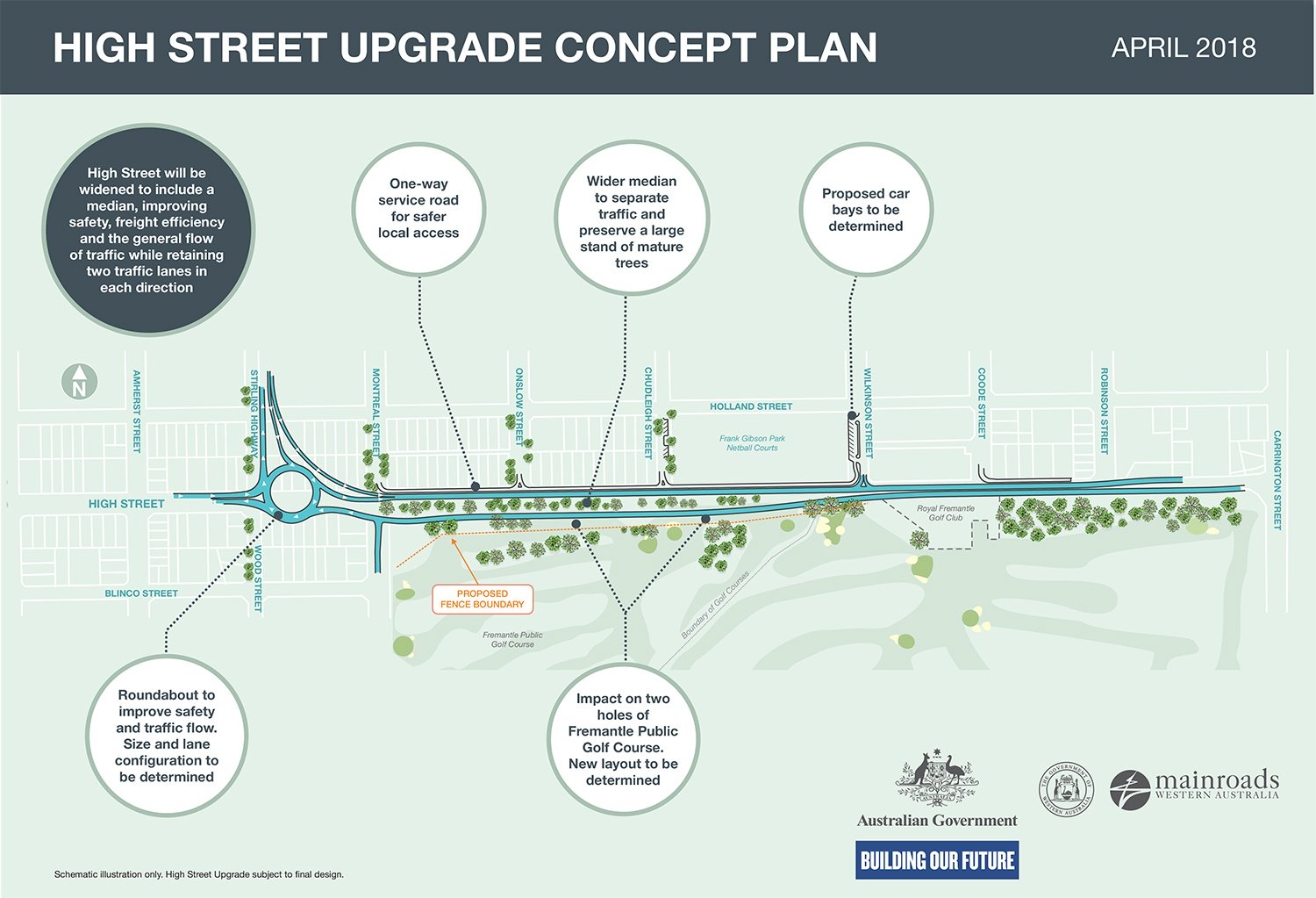 The current alignment of the Stirling Street to Carrington Street section of High Street has direct access to some local roads and driveways, resulting in a stop-start condition along the route and increasing the risk of accidents.

“There is also a high crash rate along the route which needs to be addressed,” Main Roads WA added.

The proposed upgrade will remedy the current traffic situation as well as improve safety along High Street for motorists travelling in and out of Fremantle. Upgrading High Street between Stirling Street and Carrington Street is also estimated to create up to 700 direct and indirect jobs.

Main Roads WA will be working closely with the City of Fremantle in finalising the concept plans for the High Street upgrade and to assist in addressing issues with local access.

This project is jointly funded by the Australian and State Governments, with each investing approximately $73.6 million and $44.4 million respectively.

The City of Sydney has given AMP Capital approval to redevelop the heritage-listed 33 Alfred Street office tower in Circular Quay. Refurbishment works are expected to cost more than $156 million.

Dexus Property Group and head contractor Built has begun the construction of the 105 Phillip Street development in Parramatta. This development is one of the six projects – with a combined worth of $295 million – that Dexus is undertaking in Parramatta.

The first sod has been turned on the $118 million High Street and Stirling Highway intersection upgrade in Fremantle, signalling the beginning of major construction on the congestion busting project.