With the support of the Victorian Government, a new on-dock rail is set to be built at the Port of Melbourne to help reduce truck movements as well as improve productivity and further enhance Australia’s premier port.

The $125 million Port Rail Transformation Project (PRTP) will be delivered over the next three years, with more containers expected to be moved more efficiently by bypassing roads in inner Melbourne.

“The port’s rail solution is a critical and missing link in Melbourne’s transport and supply chain network. It expands the rail offering for freight and delivers environmental benefits by reducing truck movements, congestion and pollution.

“Everyone we talk to says rail is a good thing and industry has called for a rail solution for more than a decade. Port rail shuttle trains will have a capacity of 84 Twenty-foot Equivalent Units (TEU) containers, in comparison to a B-Double truck having a capacity of three TEU. This project also supports exports by taking cost out of the rail supply chain,” Port of Melbourne CEO Brendan Bourke said. 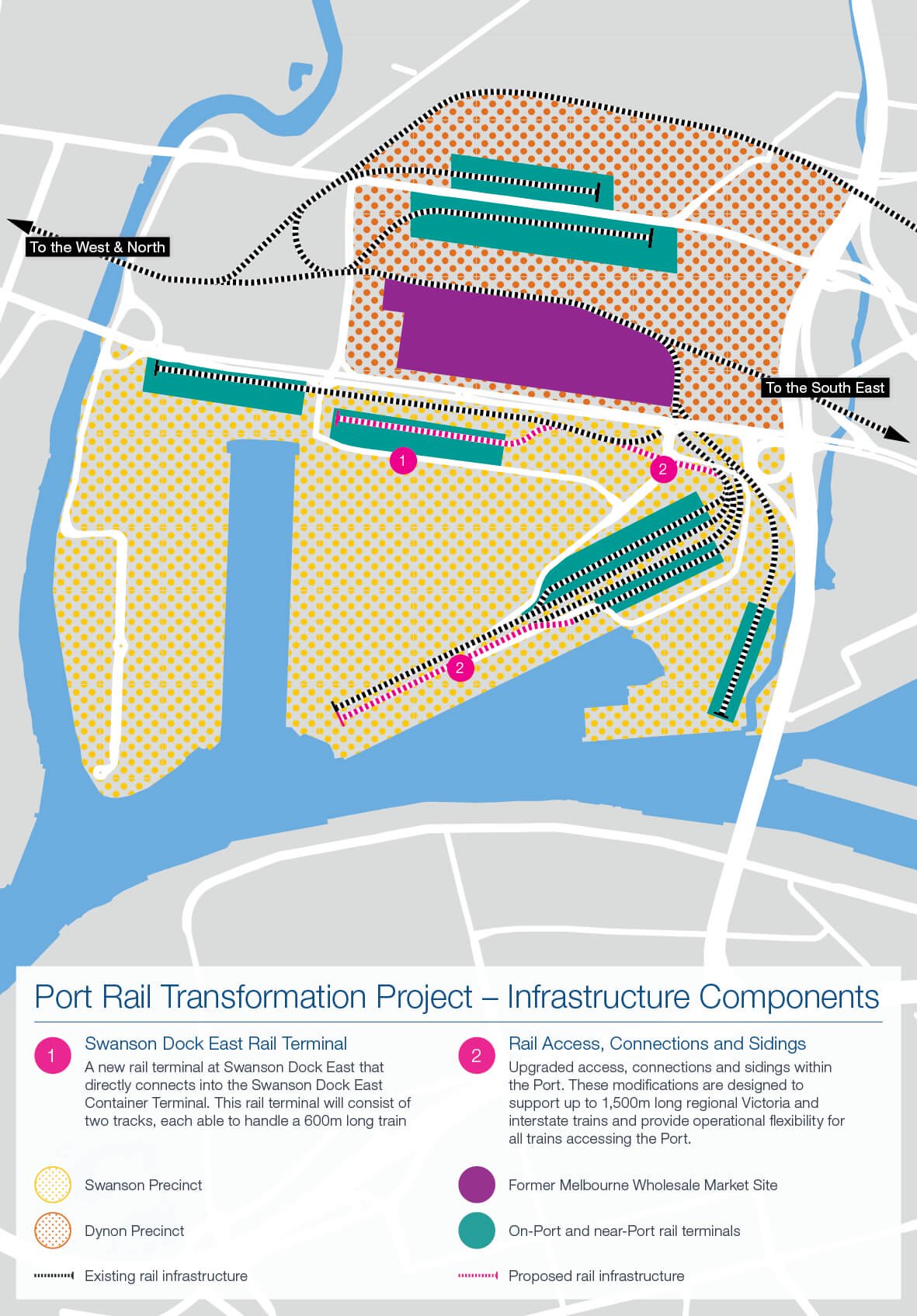 Key elements of the project include:

“The port’s rail solution is a vital piece of infrastructure delivered with no cost to taxpayers. Our export market, especially farmers, will benefit from this project.

“The project is more than an infrastructure project; it also provides industry reform and drives efficiency in the rail supply chain. It is the result of significant engagement with industry,” Mr Bourke said.

The PRTP is going to be funded through a small increase in the tariff on full import containers by $9.75 per TEU beginning in 1 April 2020.

The PRTP is the Port of Melbourne’s key project delivered through the Rail Access Strategy - Our Plan For Rail. This is a comprehensive plan for an integrated freight rail network across the State.

“We are committed to investing in port - it is a key driver of economic activity in the State. We want to move freight in and out of the port more quickly and to deliver the everyday goods needed to support our daily lives,” Mr Bourke said.

A direct rail freight is set to be built between the Port of Melbourne and Dandenong South to help make rail freight cheaper for businesses as well as remove trucks from suburban roads with a $28 million investment from the Australian and Victorian Governments.

Port of Melbourne has engaged Seymour Whyte – a VINCI Construction subsidiary – to undertake the delivery of the Port Rail Transformation Project.