Western Australia’s $215 million Mitchell Freeway Extension to Alkimos is progressing towards construction as two shortlisted consortia are invited to submit their proposals for the congestion-busting project.

Construction on the project is anticipated to commence later this year and will create up to 1,200 jobs.

“It’s also a great example how the Morrison Government’s $100 billion infrastructure pipeline is setting the foundations for economic recovery on the other side of the COVID-19 crisis,” Federal Minister for Population, Cities and Urban infrastructure Alan Tudge said. 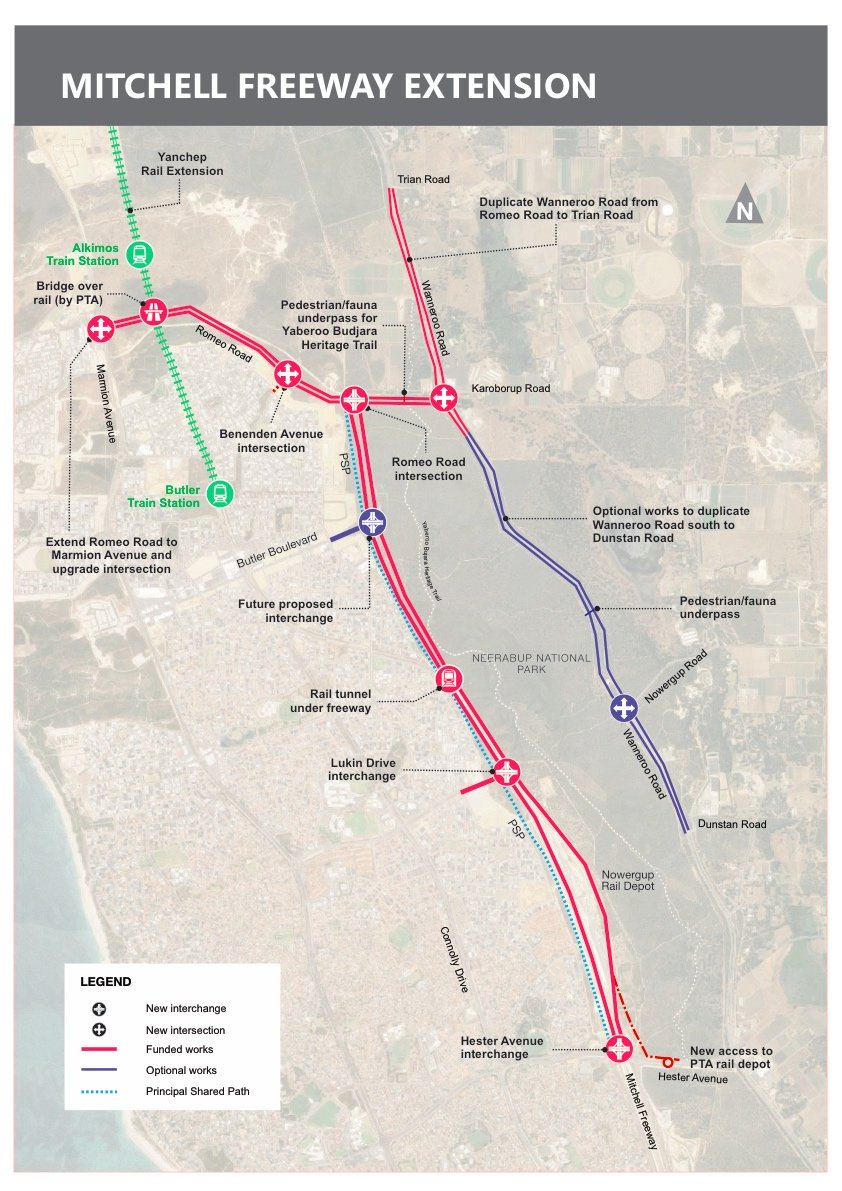 “This much needed extension of the freeway will take traffic off of Marmion Avenue and provide another travel option for residents in the northern suburbs while creating and supporting hundreds of local Western Australian jobs.

“This is great news for northern suburbs residents and I’, pleased to see local WA companies involved in this project,” Minister for Transport and Planning Rita Saffioti said.

Once construction is completed, the extended Mitchell Freeway will help bust congestion as well as reduce travel times, improve safety and connectivity for locals in the northern suburbs of Perth.

This project will also complement the METRONET Yanchep Rail Extension.

“We are optimising planning to ensure the project connects into existing rail, road and cycling networks as well as the METRONET Yanchep Rail Extension,” Ms Saffioti said.

The Mitchell Freeway Extension in Alkimos is jointly funded by the Australian and Western Australian Government, each contributing $107.5 million.

The Western Australian Government has given the development go-ahead to the $215 million Mitchell Freeway extension to Alkimos, with the project anticipated to support up to 1,200 jobs during the construction phase.

EOIs out to market for $215m Mitchell Freeway Extension WA

Western Australia’s $215 million Mitchell Freeway Extension between Hester Avenue to Romeo Road marks a new major milestone with the release of Expressions of Interest for the design and construction contract.

Following the announcement of the Mitchell Extension Joint Venture (MEJV) as preferred proponent in October, the contract to build the $215 million Mitchell Freeway Extension has officially been awarded to the BMD Construction – Georgiou Group joint venture.