This new mine will pioneer the production of a “globally sought-after new economy mineral” and will support approximately 400 regional jobs.

Vanadium is a key component in specialty steel manufacturing and is set to be utilised in large-scale renewable batteries across the globe because it can be charged for a thousand times without degrading.

“I congratulate Multicom as the first cab off the rank in an exciting new era for Queensland’s resources sector, and a massive boost to our COVID-19 Economic Recovery Plan.

“Vanadium is a new economy mineral that will fuel Queensland’s future as a global resources supplier for decades to come.

“This project, and these jobs, are a milestone in a journey that began seven years ago with the Queensland Government’s North West Minerals Province Taskforce.

The development of the Saint Elmo mine demonstrate the success of the State Government’s approach to enable a booming resource sector.

According to Resources Minister Scott Stewart, the Geological Survey of Queensland is continuously gathering data on the state’s mineral endowment, which is consistent with the government’s policy of stimulating new economy minerals development.

“The Palaszczuk Government makes the pre-competitive data available to explorers free of charge to help de-risk their exploration activity.

“This data gives companies like Multicom the confidence they need to support investment and a mining lease application.

“The Palaszczuk Government supports the sector with grants funding exploration activity, and vanadium has been a target of that,” Minister Stewart said.

Major construction on the new vanadium mine is set to begin in 2022, with first production anticipated for late 2023.

The project is expected to support up to 250 jobs at peak construction and hundreds more once the mine is operational.

“Saint Elmo is initially forecast to produce up to 5,000 tonnes per annum of vanadium pentoxide, supporting at least 150 mine jobs and operating for up to 20 years.

“As the project expands production to 20,000 tonnes per annum over time, there’ll be an additional 100 operational and 150 construction jobs created.

“We expect around three-quarters of the workforce to either live in Julia Creek or McKinlay Shire, or to travel from surrounding communities of Cloncurry, Richmond and Mount Isa,” Multicom Resources Chief Executive Officer Shaun McCarthy said.

Mr McCarthy added that the company will prioritise sourcing for suppliers from the local region and this initiative is “well-supported” by the established supply chain within the Townsville to Mount Isa corridor.

Ore processing is going to be done on site and the product shipped from the Port of Townsville to global markets. Multicom Resources is set to benefit from the reliable logistics solution delivered through Flinders Highway and Queensland Rail’s Mount Isa Line. 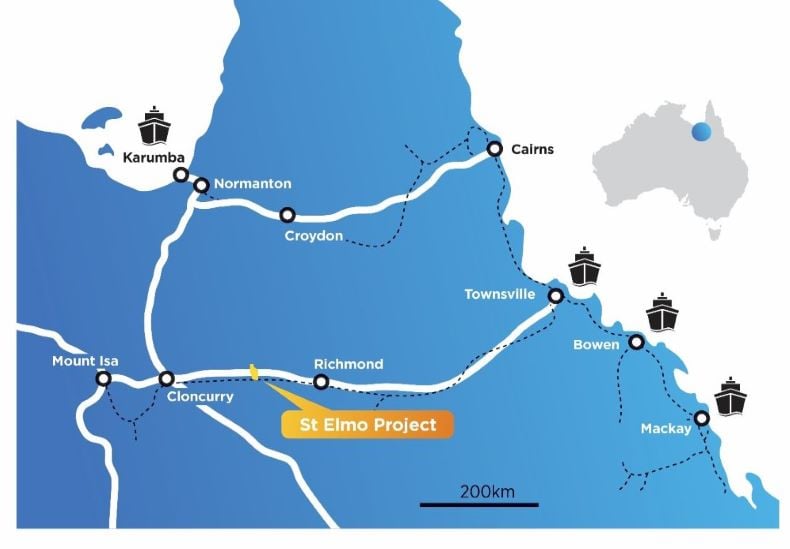 The Saint Elmo mine is located approximately 25 kilometres east of Julia Creek, within the North West Minerals Province. The project is the first to be approved in a potential vanadium hub in the region, with other companies in the process of progressing other potential mine developments.

In February 2020, the Saint Elmo project was given the prescribes project status by Queensland’s Coordinator-General, streamlining the approval process and fast-tracking project delivery. You can read more about it here.

Downder EDI has secured five contracts through its mining services businesses, valued at over $250 million. The projects, spanning blasting, mining and land management services, will see Downer team at sites across Western Australia, Queensland and Victoria.

Downer EDI Limited (Downer) today announced it has secured a two-year extension to its mining services contract with Stanwell Corporation at its Meandu Mine in South East Queensland.