The Harbourside Shopping Centre at Sydney’s Darling Harbour is a step closer to being redeveloped as the New South Wales Government signs an agreement with Mirvac to transform the site into a world-class residential, commercial, retail and entertainment precinct.

The approximately $2 billion redevelopment project is anticipated to support over 2,000 jobs during its construction and a further 4,500 jobs once works are completed.

“This project will create an iconic new precinct in the heart of Sydney that will boost our economy, create jobs and strengthen our visitor economy.

“The NSW Government has achieved another significant milestone entering into an agreement with Mirvac to redevelop the site at no cost to taxpayer,” Minister for Enterprise, Investment and Trade Alister Henskens said. 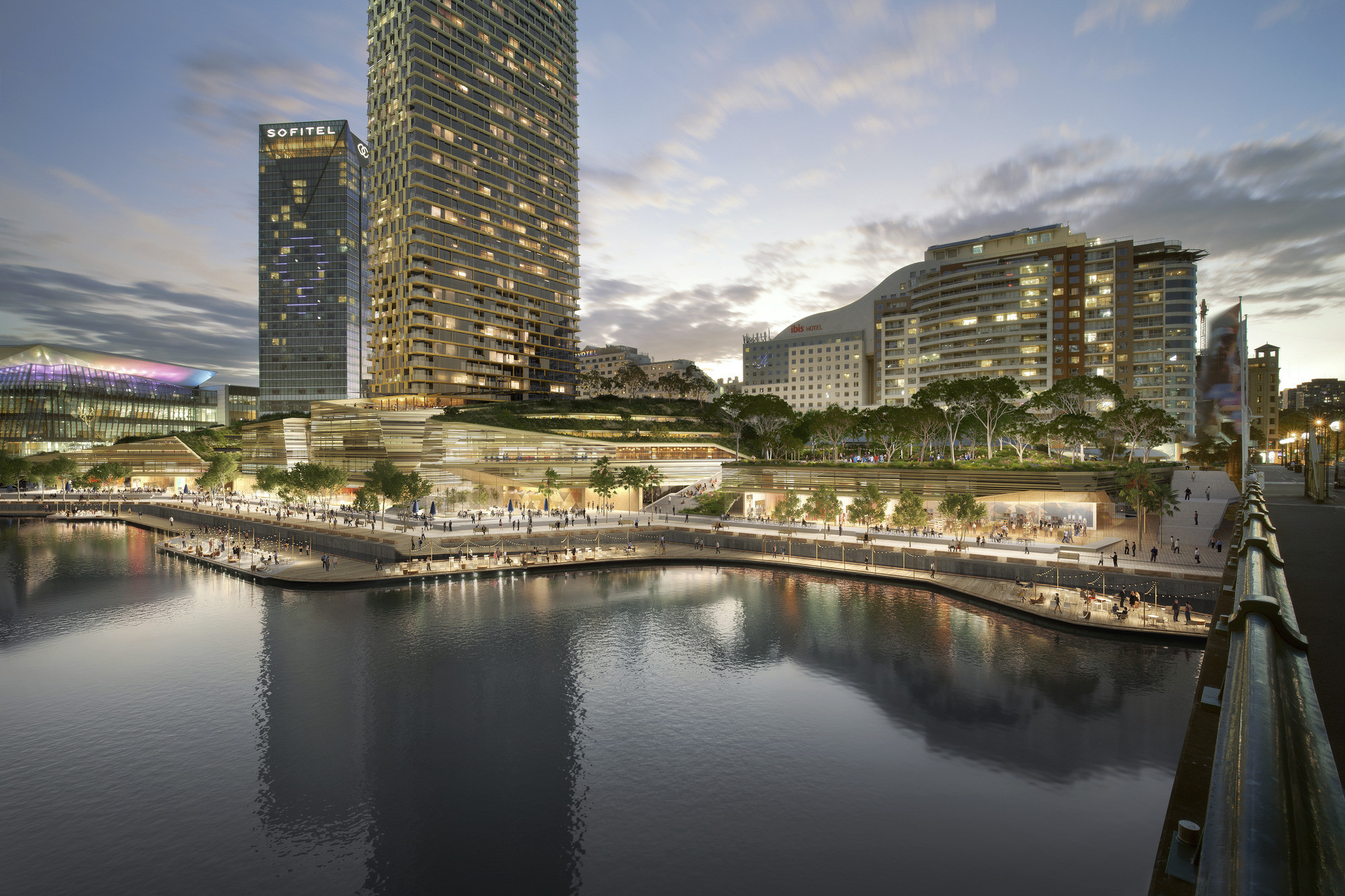 Design for the redevelopment (source: Snøhetta)

The redevelopment of the Harbourside Shopping Centre will complement the State Government’s commitment to transform Sydney’s waterfront.

The proposed works include widening the waterfront boulevard with more seating, construction of a new pedestrian bridge the connects to Pyrmont and delivering a north-facing 1,500SQM public plaza.

Demolition works on site are due to commence in January 2023. 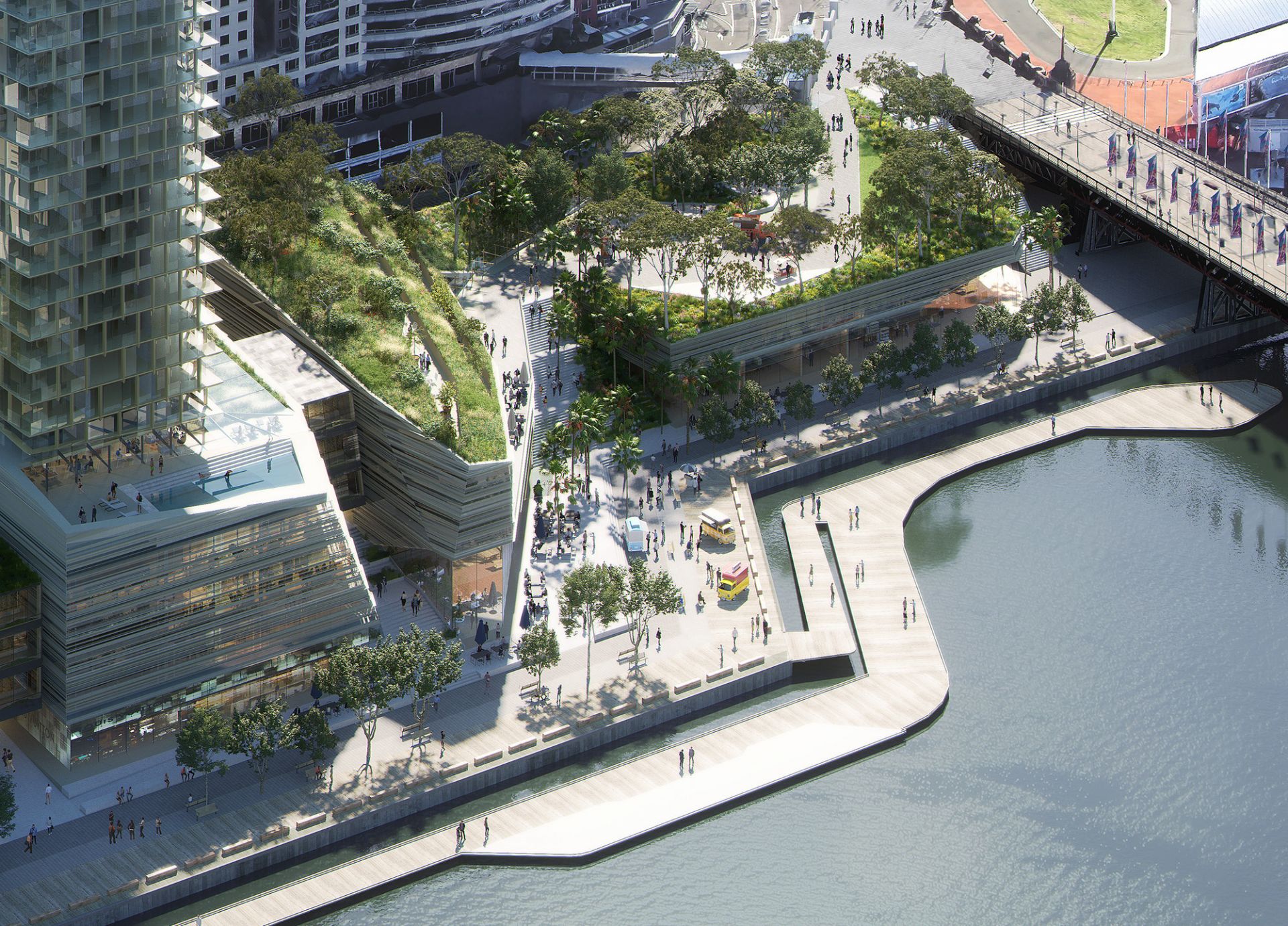 Plans for the redevelopment have been improved following about four years of extensive community consultation as well as consideration of feedback from the Government, especially around the public space that is set to open up Darling Harbour and link to the Pyrmont Bridge.

“This project will reimagine the Darling Harbour waterfront and provides a critical missing piece of the Western Harbour rejuvenation that has been taking place since the completion of the ICC.

“This is another great example of the private sector partnering with the NSW Government to deliver an iconic redevelopment,” Mirvac CEO and Managing Director Susan Lloyd-Hurwitz said.

The unique design of the project was developed through a collaboration between Snøhetta and Hassell Studio and the design was chosen from six entrants in an international design competition, assessed by a jury comprised of representatives from the NSW Government Architect, Placemaking NSW, the City of Sydney and Mirvac.

The game-changing Great Western Highway Upgrade Program between Katoomba and Lithgow in New South Wales is a step closer to becoming a reality as the Australian Government commits a $2.03 billion funding towards the delivery of the East and West sections of the project.

The $2.3 billion SA-NSW Interconnector – Project EnergyConnect – has reached a major milestone with the New South Wales Government granting planning approval to the western section of the development.

The $2 billion M12 Motorway in New South Wales is now under construction, with works beginning on the central and west sections of the project. This follows the announcement of the preferred contractors for both sections earlier this year.