Energy infrastructure company APA Group is investing approximately $460 million to build a new gas pipeline in Western Australia, which will support thousands of jobs and connect emerging gas fields in the Perth Basin to the Goldfields region.

The Northern Goldfields Interconnect (NGI) project will deliver a 580 kilometres’ worth of 12-inch pipeline to form an interconnected Western Australian Gas Grid.

“By connecting existing pipelines, our investment decision to build the NGI will not only add capacity to the system but will also increase gas supply options for customers. This will open up new regions for development supporting thousands of jobs both during and post-construction.

“Our investment in the NGI will help stimulate significant economic development in Western Australia and has the potential to unlock hundreds of millions of dollars of investment in the Goldfields region, which is rich in gold, potash and battery minerals such as vanadium, nickel and rare earths,” APA CEO and Managing Director Rob Wheals said.

Western Australian Premier Mark McGowan has welcomed this significant investment by APA Group, which will create up to 500 local jobs during construction.

“This is a significant announcement for Western Australia and yet another sign that confidence is returning to the State’s economy, as we continue our recovery from COVID-19.

“I congratulate APA Group on its investment into this important project, which is expected to create 500 WA jobs throughout construction.

“The Northern Goldfields Interconnect project is likely to stimulate significant economic development along its route in the Mid-West and throughout the Goldfields region,” the Premier said. 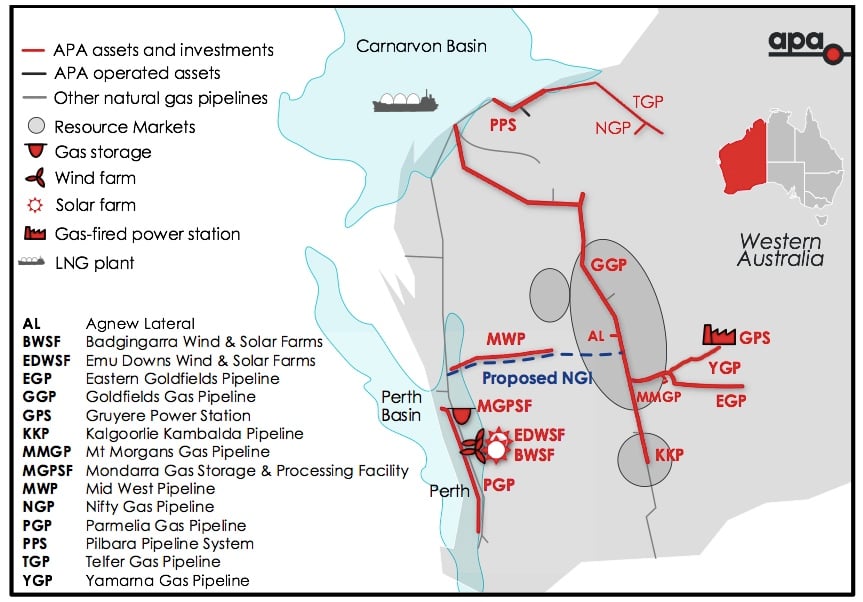 The new gas pipeline will double the capacity to the Goldfields region compared to investing on expanding the existing GGP, which is currently fully contracted at 202 terajoules a day.

“The NGI is expected to be supported with an initial 25% of capacity identified subject to project commencement and we have identified significant additional demand that we believe will crystallise with APA’s commitment to the project.

“The NGI solution is the optimal, most innovative and cost-effective solution to meet the needs of this region and APA is proud to support the growth of our customers and the state,” Mr Wheals said.

The Northern Goldfields Interconnect is anticipated to be completed and operational by mid-2022.

BHP gets green light to develop Venus mine in WA

The Western Australian Government has given approval to the development of BHP’s Venus nickel mine in the northern Goldfields, near Leinster, which will feed the mined nickel sulphate to BHP’s Nickel West battery chemicals operations.

Salt Lake Potash Limited has awarded GR Engineering Services (GRES) two contracts with a combined value of $107 million for the delivery of process and non-process infrastructure at the Lake Way Project in Western Australia’s Goldfields region.