The Northern Territory Government has given consent to Jemena to construct the first 344-kilometre section of the $800 million Northern Gas Pipeline (NGP) project.

According to Minister for Resources Ken Vowles, this project is one of the State Government’s key platforms for Tennant Creek’s development as a mining services centre for the Territory as well as to develop the North.

“The construction of the Northern Gas Pipeline will underpin jobs, investment and development in the region for years to come, with approximately 900 jobs generated during construction alone.

“Jemena has indicated that it will start construction on this portion as soon as practicable to take advantage of the Dry Season,” Mr Vowles said.

Up to 240 kilometres of the pipe – which will span from 45 kilometres north-west of Tennant Creek to 113 kilometres west of the Queensland border – is expected to be laid out in 2017. 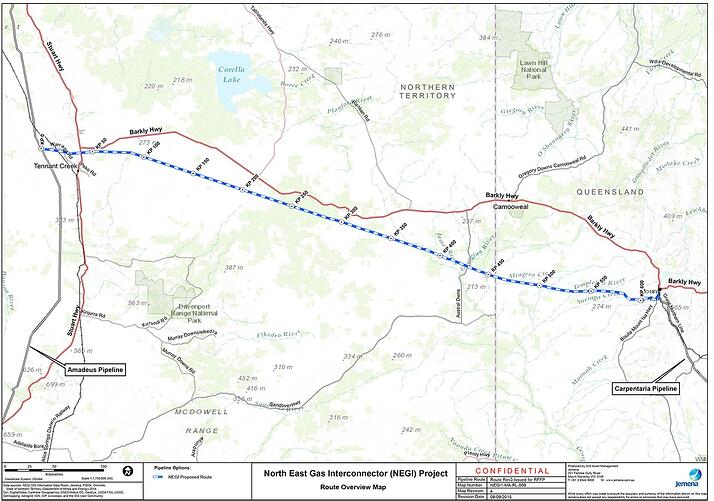 Earlier this month, Jemena has awarded McConnell Dowell a construction contract to build the NGP project. The company’s scope of works will include engineering, construction and commissioning of a 481-kilometre section of the pipeline.

The contract was awarded after an extensive early contractor involvement process between McConnell Dowell and Jemena. Site activities are expected to ramp up over the coming weeks, with the first gas estimated to begin running through the pipeline in late 2018.

“This project will build on the successful relationship between McConnell Dowell and Jemena and is a testament of the customer’s confidence in our experience and ability to construct this critical infrastructure link,” McConnell Dowell CEO Scott Cummins said.

McConnell Dowell has made a commitment to maximise local as well as Indigenous participation during the construction of the NGP project.

Individuals who are seeking job opportunities on the NGP project can visit Jemena’s Jobs and Training website or the Northern Territory ICN Gateway.

Humpty Doo Barramundi - a barramundi farm near Darwin - is going to be the first Northern Territory recipient of funds from the Northern Australia Infrastructure Facility (NAIF), with approximately $28.7 million invested for the business’ expansion.