$800m West Village development in QLD gets the go ahead

The Queensland Government has given the green light to the $800 million West Village development by Sekisui House on the Absoe site in West End.

According to Deputy Premier and Minister for Infrastructure, Local Government and Planning Jackie Trad, this key inner city site is going to be home to a new world-class development.

“This is a significant urban renewal project that will create thousands of jobs and it was vitally important that we got the planning right,” Ms Trad said. 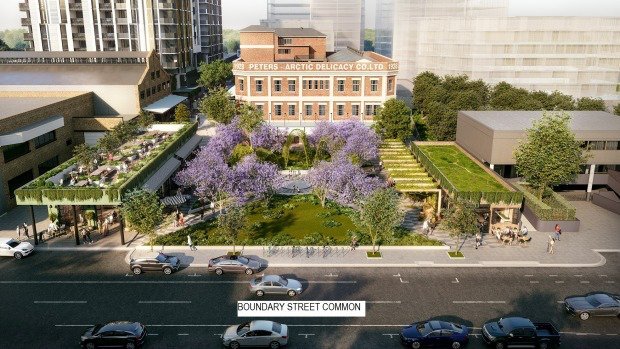 Artist impression of the development (source: The Urban Developer)

Ms Trad also said that over 700 submissions were sent in from the community and stakeholders during the proposed call-in period and that majority of the proposals were desiring a better urban design outcome.

“It was obvious there were significant state interests involved with the development including its economic significance, environmental factors, housing supply, liveable communities and ensuring that there is an effective and accountable planning and development assessment system,” Ms Trad said.

The West Village development will, however, not follow the original plans that were submitted since Ms Trad’s approval came with several conditions that needed to be upheld.

Key conditions for the development include the following:

Artist impression of the development (source: The Urban Developer)

“We understood that we had the opportunity to create a world class urban renewal project for this 2.6ha inner city site and I am confident that based on the expert planning advice I’ve received and by applying conditions to the development we have been able to achieve this outcome.

“West Village will help set the new benchmark for urban renewal developments in Brisbane and ensure they are set to the standards of a world class city,” Ms Trad said.

Let us know your opinion on this project by leaving a comment below.

Don’t forget to subscribe to Felix Project News to receive the latest updates on this development.

Works is set to go underway on an $800 million expansion project that will almost double the size of the Karrinyup Shopping Centre in Western Australia, with AMP Capital - in behalf of UniSuper - naming Multiplex as the preferred builder for the project.

New Cross River Rail stations in the Gold Coast are a step closer to being built as the Queensland Government announced the beginning of detailed design for the three stations along with a sneak peek of the new Pimpama Station.