$850m mining project in NT to create thousands of jobs

More than 2,000 jobs are expected to be created in the Northern Territory following the signing of a Project Facilitation Agreement (PFA) between Australian metals company TNG Limited and the State Government for an $850 million mining project.

The Mount Peake vanadium-titanium-iron mine project – located 280km north of Alice Springs – has been given A Major Project Status and the signing of the PFA is another milestone towards the development of the mine and the TIVAN metals refinery in Darwin.

“The Territory Labor Government is restoring trust in Government by creating jobs and the development of major projects such as the Mount Peake Vanadium-Titanium-Iron Mine will play a critical role. 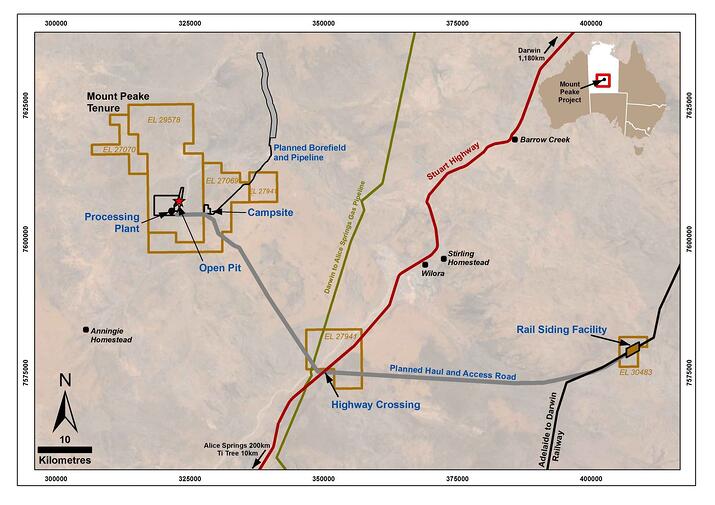 TNG is currently undertaking a various range of technical, engineering and environmental studies which will help in assessing this project before the company makes a Final Investment Decision. A full Environmental Impact Study will also be conducted throughout 2017, including stakeholder consultations.

Subscribe to Felix Project News today to receive the latest updates on this major project.

Don’t forget to check out the free infographic below which highlights a number of tips to help you win more hire work for your business.

Construction on the $850 million Coopers Gap Wind Farm on Queensland’s Darling Downs region is now underway, and the project is expected to support up to 200 jobs.