This new community is delivered by the joint venture between Consolidated Properties Group and CVS Lane Capital Partners.

The first stage of the multi-million-dollar project will deliver 83 apartments as well as 10 luxury terrace homes, a Woolworths retail centre, a café and dining precinct, specialty stores and commercial office spaces.

Economic Development Queensland has partnered with the project developer to invest approximately $30 million to deliver the project’s parks and public infrastructure.

“Yeerongpilly Green is a great example of how we are investing in our local communities and supporting job creation for Queenslanders.

“We have created a pedestrian spine between the Yeerongpilly Railway Station and the Pat Rafter Tennis Arena and parks as well as other infrastructure including roads, verges, landscaped public spaces and all services necessary for a modern master planned community.

“With this now all complete, I’m looking forward to seeing the area take shape, with easily accessible facilities that will benefit everyone in our community,” Member for Miller Mark Bailey said.

Following years of hard work seeking approvals as well as design and community consultation, major construction on the new community is finally underway.

The new urban village is strategically located at Yeerongpilly, about six kilometres south east of the Brisbane CBD.

“Yeerongpilly Green Riverside has been holistically designed to include everything a community could want from health and wellness services through to shopping, public transport, parkland and premium homes that complement the local environment.

“It delivers a destination on Brisbane’s southside away from the hustle and bustle of the CBD with well-known food and beverage operators creating bespoke dining experiences alongside Yeerongpilly Green Riverside’s heritage buildings.

“The residences have really resonated with buyers, which can be seen from the 90 per cent pre-sales achieved so far,” Consolidated Properties Group Chairman and CEO Don O’Rorke said. 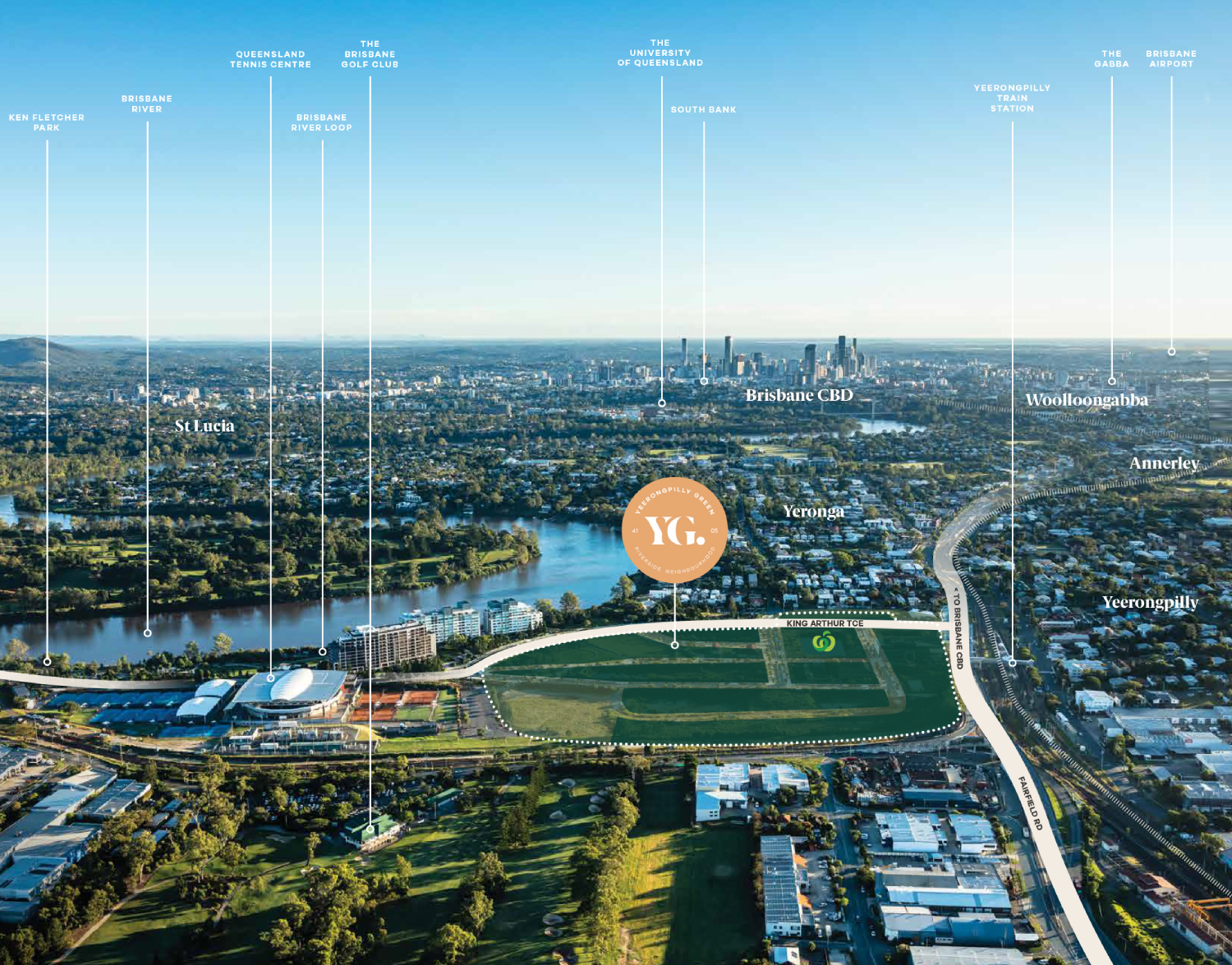 Hutchinson Builders has been appointed as the builder for the commercial and residential components of the development.

The Yeerongpilly Green Riverside community will feature 50,000-SQM of retail and commercial space along with 3,000 new residents and is set to become a “destination of choice for working, shopping, dining and recreation” once fully developed.

“The vision for Yeerongpilly Green Riverside has been to transform an underutilised 14-hectare site, only seven kilometres from the Brisbane CBD, into a major residential, retail and commercial destination, and it’s very pleasing to see that vision taking shape.

“With Brisbane’s growth set to accelerate in the next few years in the build up to the 2032 Olympics we’ll see increased demand for quality mixed used lifestyle precincts and so the project is very well positioned.

Construction on Stage 1 is due to be completed in mid-2023.

$800m West Village development in QLD gets the go ahead

The Queensland Government has given the green light to the $800 million West Village development by Sekisui House on the Absoe site in West End.

The QLD Government has announced an in-principle commitment of $800m to kick-start the Cross River Rail in Brisbane.