The Australian Government is investing $132.5 million to deliver an important transport infrastructure in the Australian Capital Territory – the City to Woden light rail extension project.

“Extending the light rail eill also create jobs and bust congestion in the ACT by improving public transport and pedestrian and cyclist safety.

“This is what the Australian Government's $110 billion investment pipeline is all about – getting Australians home sooner and safer whilst boosting local economies as we bounce back from the COVID-19 pandemic,” Deputy Prime Minister and Minister for Infrastructure, Transport and Regional Development Michael McCormack said.

ACT Chief Minister Andrew Barr has acknowledged the significant investment, which emphasise how vital this infrastructure project is for the region.

“The Commonwealth's support for the project is welcomed, and it follows in the footsteps of the financial support received for stage one of the ACT's light rail network.

“The project is critical to the Territory's Jobs and Economic Recovery plan, and I look forward to working with the Commonwealth on progressing the approvals for the entire stage 2 project,” Minister Barr said.

The Light Rail Stage 2A will deliver an additional 1.7-kilometre of track along with three new stops South of the existing line from Alinga Street to Commonwealth Park.

“It is important we get light rail right for Canberrans. With construction anticipated to commence in 2022, Stage 2A is the first leg of bringing light rail to Woden, and will extend the existing route by three stops to Commonwealth Park,” Senator for the ACT Zed Seselja said.

Once up and running, the extended light rail will be able to move about 39,000 commuters a day, with potentially 600 journeys daily. In addition, the light rail extension is anticipated to cater to more than 4 million people visiting events and attractions in the national area.

“Stage 2 of light rail will extend the benefits of better public transport, by extending the line to create a north-south spine for our city-wide light rail network.

“Whilst this project will be very disruptive during construction, it will deliver long term transport and economic benefits for our city, with better quality, mass transit, powered by 100% renewable electricity,” ACT Minister for Transport and City Services Chris Steel said. 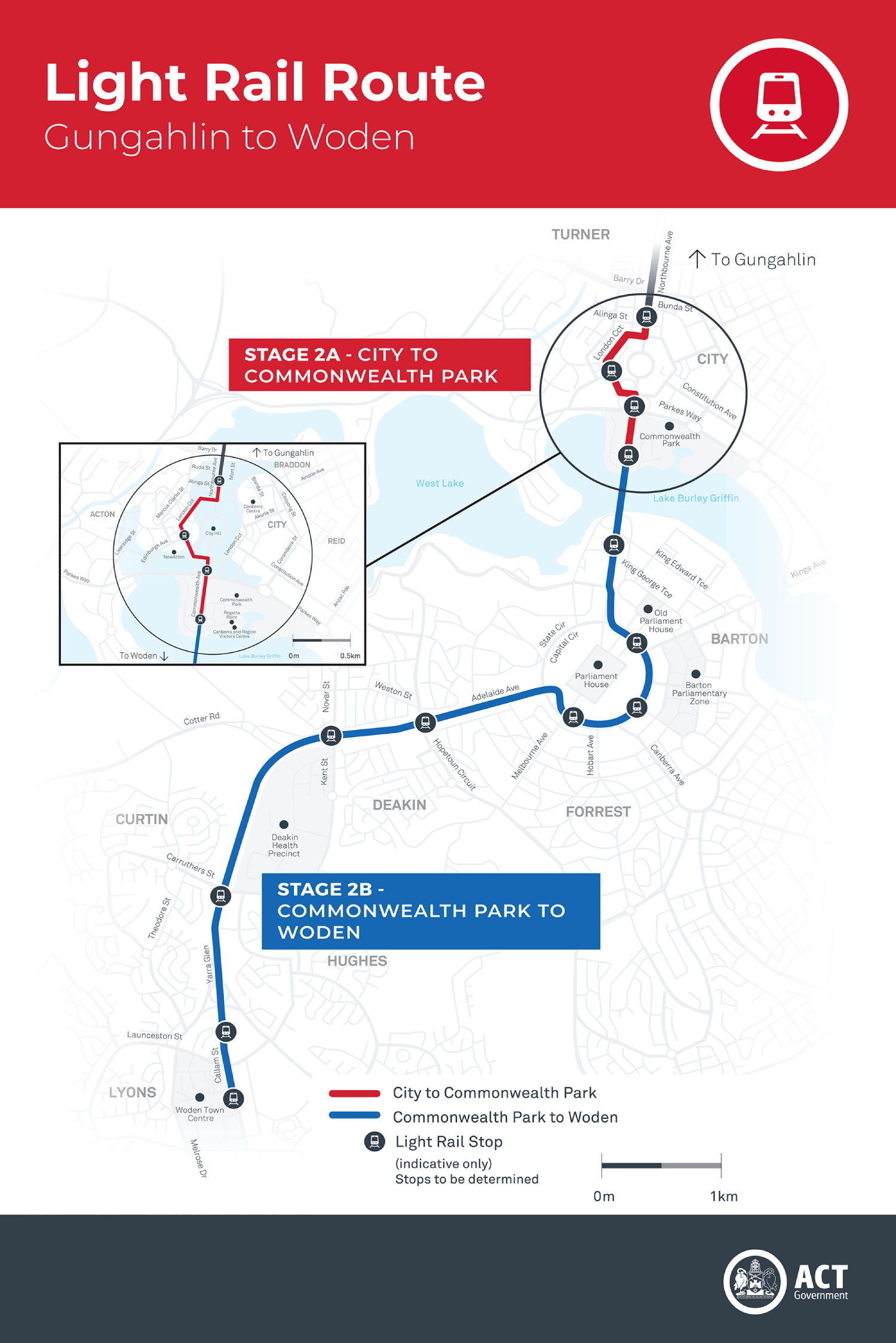 Scope of works for this project include:

The Australian Government is bringing forward a record investment of approximately $1.3 billion to deliver infrastructure that Western Australia needs, including funding for major new projects, which will be announced in the upcoming Federal Budget.

About 58 new road safety projects are going to be fast-tracked towards delivery across the State as the Australian and Western Australian Governments commit $100 million to get these vital projects completed within the 2021-22 financial year.

The Australian Government is providing a major funding boost for Western Australian infrastructure with a more than $2.1 billion investment through the 2022-23 Federal Budget.