The Northern Territory will soon see the development of a new rare earths mine that has the potential to create hundreds of jobs following the announcement of a Memorandum of Understanding (MoU) signed by Arafura Resources and Hyundai Motor Company.

“We look forward with great optimism about the next steps in the offtake agreement process and the impetus this will provide for the development of our rare earths deposit at Nolans, which is strategically and economically important for the Northern Territory, our local communities and for Australia.

“We are delighted with the relationship that we have been developing with Hyundai over a sustained period of time and our growing connection with other organisations in South Korea focused on the electric vehicle market,” Arafura Resources Managing Director Gavin Lockyer said.

Nolans Rare Earths Project – located about 135 kilometres north of Alice Springs – will have an initial operational life of 38 years and the development will comprise of a mine, processing plant – including beneficiation, extraction and separation plants – as well as other related infrastructure.

The project is well-advanced and it is anticipated to deliver significant economic and employment opportunities for Central Australia and the Northern Territory.

“It is estimated that over 600 jobs will be created during the construction phase of this project and 280 jobs during the operational phase.

“We are delivering on our promise to make the Territory a world-class hub for resources and critical minerals – creating more jobs, jobs, jobs for Territorians,” Minister for Mining and Industry Nicole Manison said. 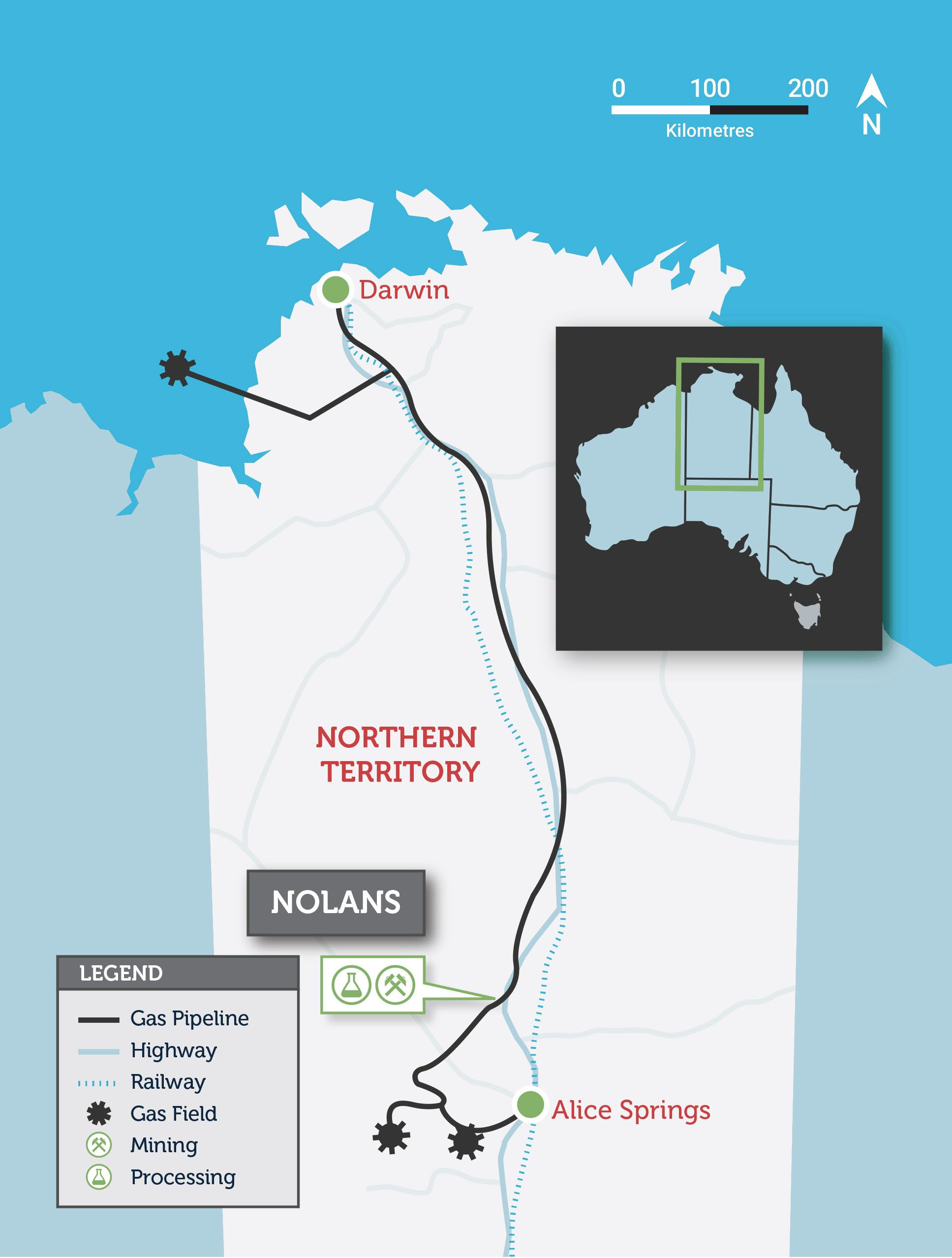 The Northern Territory Government is staying committed to growing the local economy to $40 billion by 2030, with 21 mine developments currently progressing towards FID that has a combined value of $7 billion and have the potential to generate more than 5,000 construction jobs along with 3,500 ongoing jobs.

“Today’s announcement by Arafura Resources is big news for the Territory and Territorians.

The Nolans Project is estimated to cost about $1 billion to develop and build.

First production of NdPr Oxide from the Nolans Project is anticipated in 2025, with the mine expected to be at full production capacity by 2027.

The New South Wales Government is fast tracking the planning approval for the $1 billion Oven Mountain pumped hydro storage project – which has been given a ‘Critical State Significant Infrastructure’ status – in the State’s New England region.

Construction begins on $1bn Olive Downs coal mine in QLD

The first sod of dirt has been turned, signalling the beginning of construction on Pembroke Resources’ $1 billion Olive Downs coal mine in Queensland.

The proposed $1 billion redevelopment of Victoria’s Melbourne Cricket Grounds (MCG) is a step closer to becoming a reality as the project marks new milestones with a concept image revealed and funding secured for the business case.