“Corunna Downs, together with Mt Webber, will rebuild our production rate to approximately 12Mtpa after Wodgina and Abydos cease production on the first and second half of 2017 respectively,” said Atlas Iron Managing Director Cliff Lawrenson. 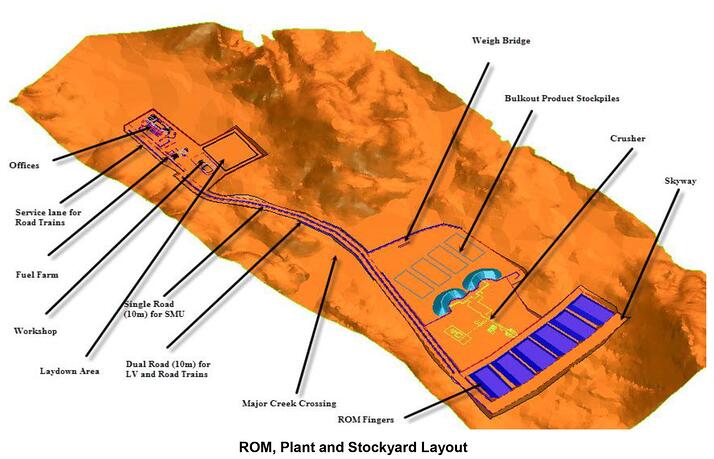 Iron ore shipment from Corunna Downs is expected to commence on March 2018, with an initial production rate of about 4Mtpa over the life span of the mine – which is approximately five to six years.

Atlas Iron is also planning to combine the production of Corunna Downs with Mt Webber to increase the export rate of iron ore to 12Mtpa by June 2018 quarter.

The first sod has been turned and works are now underway on Fortescue Metals Group’s (FMG) $1.7 billion Eliwana iron ore mine and rail development located 90 kilometres west-north-west of Tom Price.

A new milestone has been reached on Fortescue Metals Group’s (FMG) $1.69 billion Eliwana iron ore project in Western Australia’s Pilbara region with NRW Holdings being appointed as the contractor to deliver Stage One of the rail component of the project.

Fortescue Metals Group’s (FMG) board has given the green light to the development of the Eliwana iron ore mine and rail project in Western Australia’s Pilbara region. The project is expected to be valued at approximately $1.69 billion (US$1.275 billion).