Increasing traffic and visitors have made infrastructure upgrade works necessary to transform the current industrial access roads into roads that serve the new residential, retail commercial and recreational uses at Northshore Hamilton.

The $26 million project has been split into two stages, with both to be carried out by BMD Constructions: 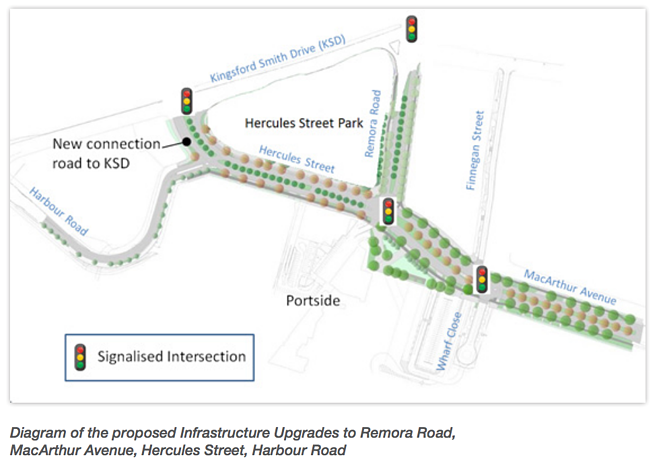 The second stage of the project will commence this month and is due to be completed by mid-2018, weather permitting.

Project 3, significant upgrades to the park at Hercules Street, Remora Road and Kingsford Smith Drive, are currently planned to begin in mid-2018 with community input to be sought in 2017.

ACT Government and successful tender Canberra Metro have signed the contracts for stage one of Canberra's first light rail project. Read: trams are taking over. After never leaving Melbourne, they are back on the Gold Coast, coming to Newcastle and are a real possibility for multiple Australian cities.

The township of Jabiru inside the Kakadu National Park in the Northern Territory is set to be redeveloped, with the State Government releasing plans of a $446 million project that is set to transform and expand the lifespan of the mining town beyond its scheduled demolition in 2021.

The Victorian Government is fast-tracking the removal of six more dangerous and congested level crossings across Melbourne with the award of two major construction contracts with a combined value of almost $800 million.