The Australian Government has signed off approximately $30.79 million for the construction of a new bridge over Bow River in Western Australia’s Kimberley region, with BMD Constructions winning the contract to deliver the project.

“The Bow River Bridge and Approaches project will replace the existing low-level single bridge with a new 260 metre long two-lane bridge on a new alignment. Building a new bridge and fixing the approaches means the road will be able to stay open during a 1-in-50 year flood, giving freight carriers, locals and tourists the confidence to use the highway all year round.

“Another important part of the project is indigenous job creation – with a large portion of employment and suppliers for the project targeted to maximise indigenous participation from within the region,” Federal Minister for Infrastructure and Transport Darren Chester said.

According to Deputy Prime Minister Barnaby Joyce, the existing bridge over Bow River regularly get flooded during the wet season, cutting off road access as well as creating delays for freight operators.

“The existing bridge deteriorated because of regular flooding, making it unreliable and dangerous for all drivers. Our investment is going to make a huge difference and ensure businesses can reliably get their product from point A to point B so they can turn a dollar.

“Works include sealing 2.5 kilometres either end of the bridge to create a wider two-lane approach, building high level road embankments and guide banks at bridge abutments, getting rid of the old bridge and building a new vehicle rest area,” Mr Joyce said. 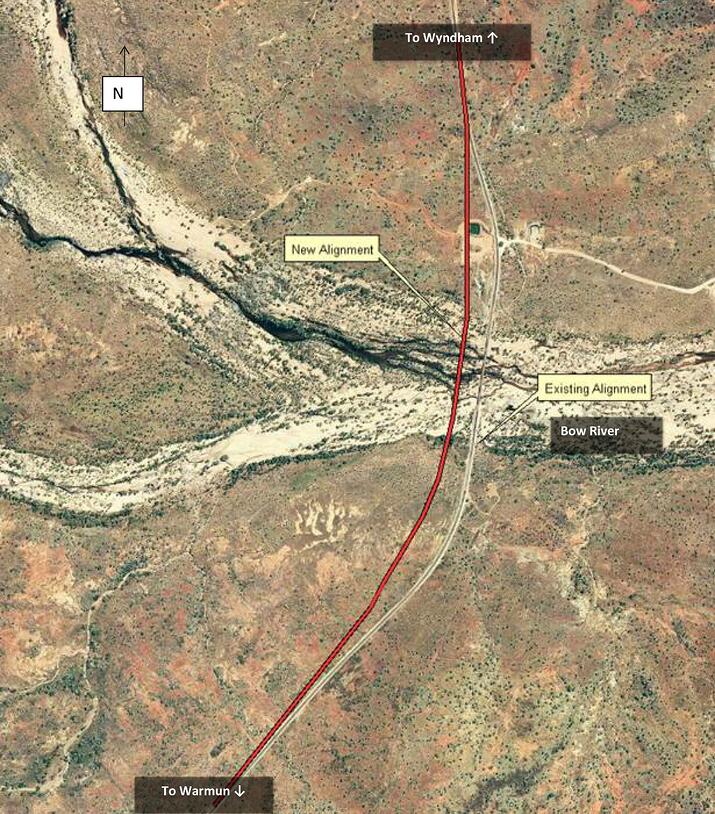 Western Australian Minister for Transport, Planning and Lands Rita Saffioti said that the State Government has committed up to $7.7 million towards this project which is set to create new jobs as well as support economic development for the region.

“This new bridge is going to improve connectivity and productivity in Western Australia through improved flood resilience, accessibility and safety on the Great Northern Highway. Construction os expected to start in early-2018 and be completed by late-2018, weather permitting,” Ms Saffioti said.

According to State Minister for Regional Development Alannah MacTiernan, the Bow River Bridge project will have a big impact on the local economy.

Ms MacTiernan also said: “The upgrade is expected to support an average of 40 jobs over its life, many of which will go to Aboriginal and Torres Strait Islander people, and use businesses within the region.”

Source: Minister for Infrastructure and Transport

The Victorian Government has invested $300 million for the Mordialloc Bypass, with geotechnical investigations underway at the Waterways estate wetlands.

The Victorian Government has announced plans for a $30m project to widen the Swan Street Bridge to five lanes.

The intersection is one of Melbourne’s busiest and most congested – it caters to approximately 30,000 cars, 1,300 pedestrians and 1,000 cyclists every day.