Works are now underway to widen the Mitchell Freeway between Hutton Street and Cedric Street in Western Australia and BMD Constructions has been a $16.5 million contract to deliver the project.

Under this contract, approximately 50 local jobs are expected to be created and scope of works will include the construction of an additional fourth lane, a double exit lane at Cedric Street, new safety barriers along the verge as well as three new emergency stopping bays.

Construction is due to be completed by September 2020.

“More than 70,000 trips are made between Cedric and Hutton Streets down the Mitchell Freeway each day. 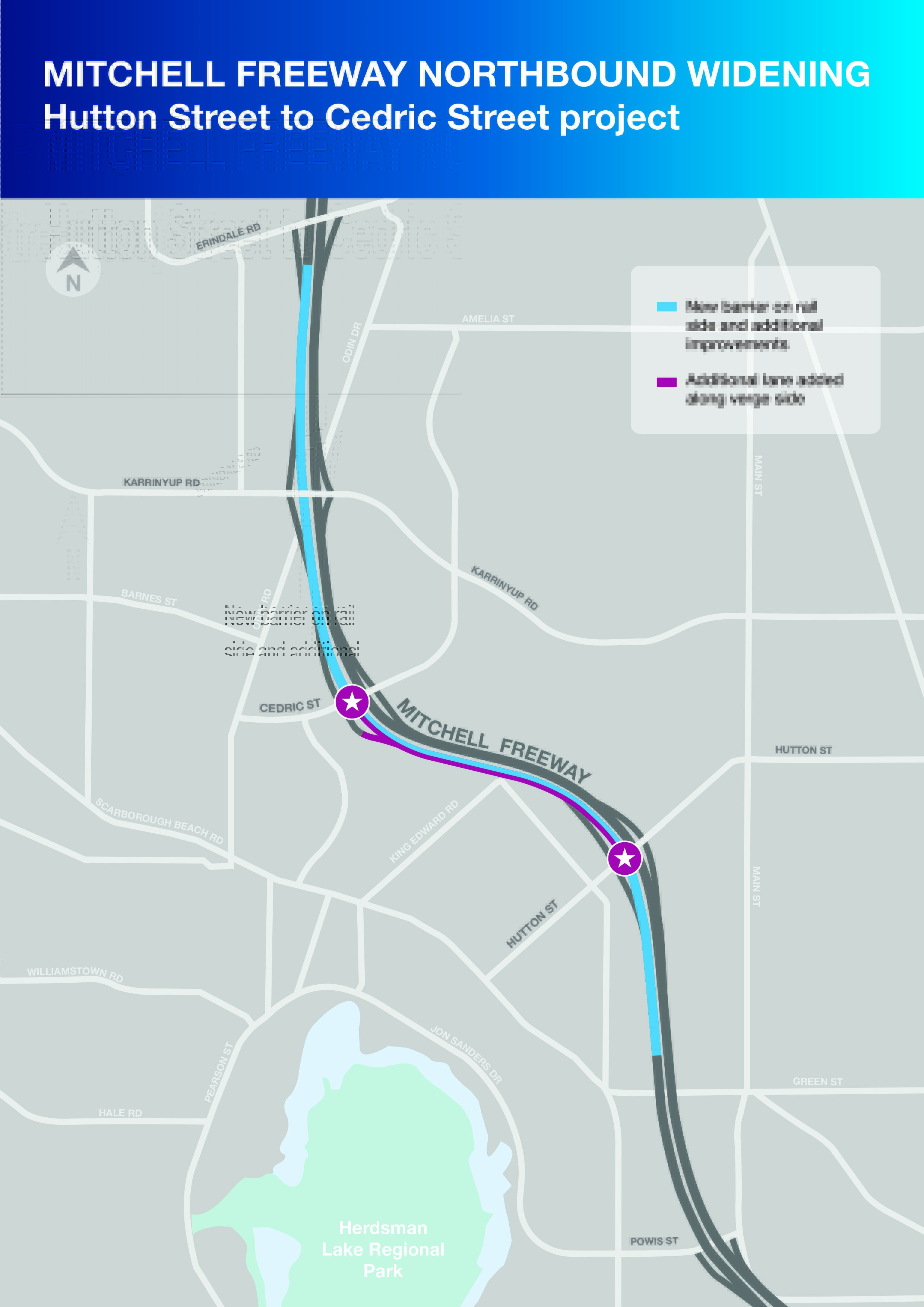 More than $400 million has already been invested by the State Government for projects that will transform Perth’s freeways, including the Mitchell and Kwinana freeways.

Other projects covered by the $400 million investment include:

“My Government is committed to creating local jobs and busting congestion across our suburbs, which is why we are investing more than $400 million into upgrades across the Kwinana and Mitchell freeways.

“I use the freeways every day, travelling between Rockingham and Perth, and I know how important a smooth running freeway ride can be - it can mean getting home in time for dinner, dropping the kids off at school on time and making life just that little bit easier,” Premier Mark McGowan said.

Plans of upgrading High Street - between Stirling Street and Carrington Street - in Fremantle, Western Australia is moving forward with the tender phase anticipated to begin in October of this year and construction to begin in the second half of 2019.

Construction is underway on Stage Three of the $363.47 million Princes Highway West Duplication – between Winchelsea and Colac – on a section between Warncoort and Ballie Street, Colac East.

Construction on a $20 million upgrade to the Western Highway at Horsham in regional Victoria is one step closer to commencing with the release of a new design for the McPherson Street and O’Callaghans Parade intersection that will boost road safety as well as ease congestion along the route.