A major project under the $8.5b Bruce Highway upgrade is now underway as construction begins on the Boundary Road Interchange at Narangba.

The construct-contract to construct the project was awarded to BMD Constructions in March 2016 and will continue to ramp up over the coming weeks.

The contract makes up part of what is a promising pipeline of projects for BMD leading into the second half of 2016.

Deputy Project Manager, Paul Overell has expressed content as the project looks to create more than 160 jobs over it’s 2 year duration and has said that BMD is "proud to support the local community" in delivering these projects.

PlantMiner's platform provided a number of local suppliers with the opportunity to get involved on the project, some of which have now successfully secured long-term work with BMD on the contract.

Excavation supplier Brodig, was able to secure work for their 35t excavator, indicating that PlantMiner's platform was key to getting their gear on the job.

“PlantMiner gave us the opportunity to quote on this new project within BMD, which we wouldn’t have been able to access otherwise.” - Ben Osenton, Director, Brodig.

This is a big win for the local community, proving that they can hold their own in a competitive market.  At PlantMiner, we have never been more confident in our platform and it will continue to be a useful tool for contractors on projects of any calibre.

Congratulations to the BMD project team, and to all our suppliers who secured work with BMD on the project! 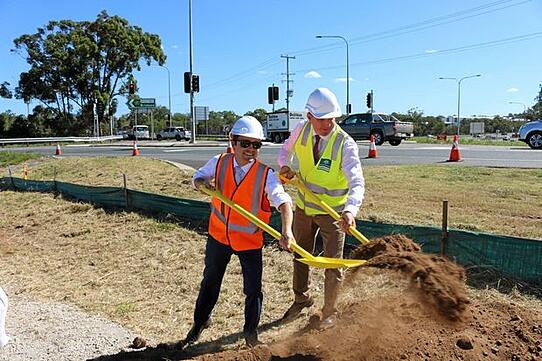 So, what is involved in the upgrade?

The Problem: severe congestion is caused at peak times by motorists using the two-lane structure at the Boundary Road Interchange to cross, enter or exit the Bruce Highway - it’s simply over capacity.

The Goal: to improve safety and reduce congestion, commuter delays and frustration around Boundary Road, especially around Costco at North Lakes by increasing the road's capacity.

The Strategy: to build a new six-lane bridge over the highway, longer on and off ramps, improved bridge clearance and a new shared path for pedestrians and cyclists.

Registration of Interest for the design and construction of the first stage of the Barton Highway Upgrade in New South Wales have been released to market, with industry partners invited to submit their interests.

The contract for the construction of the new Boundary Road interchange on the Bruce Highway at Narangba has been awarded to BMD Constructions. As said by Minister for Infrastructure and Transport Darren Chester, BMD Constructions was chosen among four shortlisted companies after a competitive tender process. Expression of interest was announced back in September 2015 and was closed on October that same year. This $100.4 million project is jointly funded by the Australian Government – who funded $80.3 million – and the Queensland Government who contributed $20.1 million.