The Smart Freeways - Kwinana Northbound project will be delivering an extra lane on the freeway with enhanced lane-use management, viable speed limits and coordinated ramp signals that will provide safer and more efficient roads.

“Like the name says, this is smart technology, and it will bust congestion across Perth’s southern suburbs,” Federal Minister for Cities, urban infrastructure and Population Alan Tudge said.

This multi-million dollar project will be creating an additional lane from Canning Highway to the Narrows Bridge that will feature smart technology which will implement an ‘all lane running’ environment.

“It will deliver journey time savings of up to 10 minutes for freeway users travelling northbound from Roe Highway to the city. 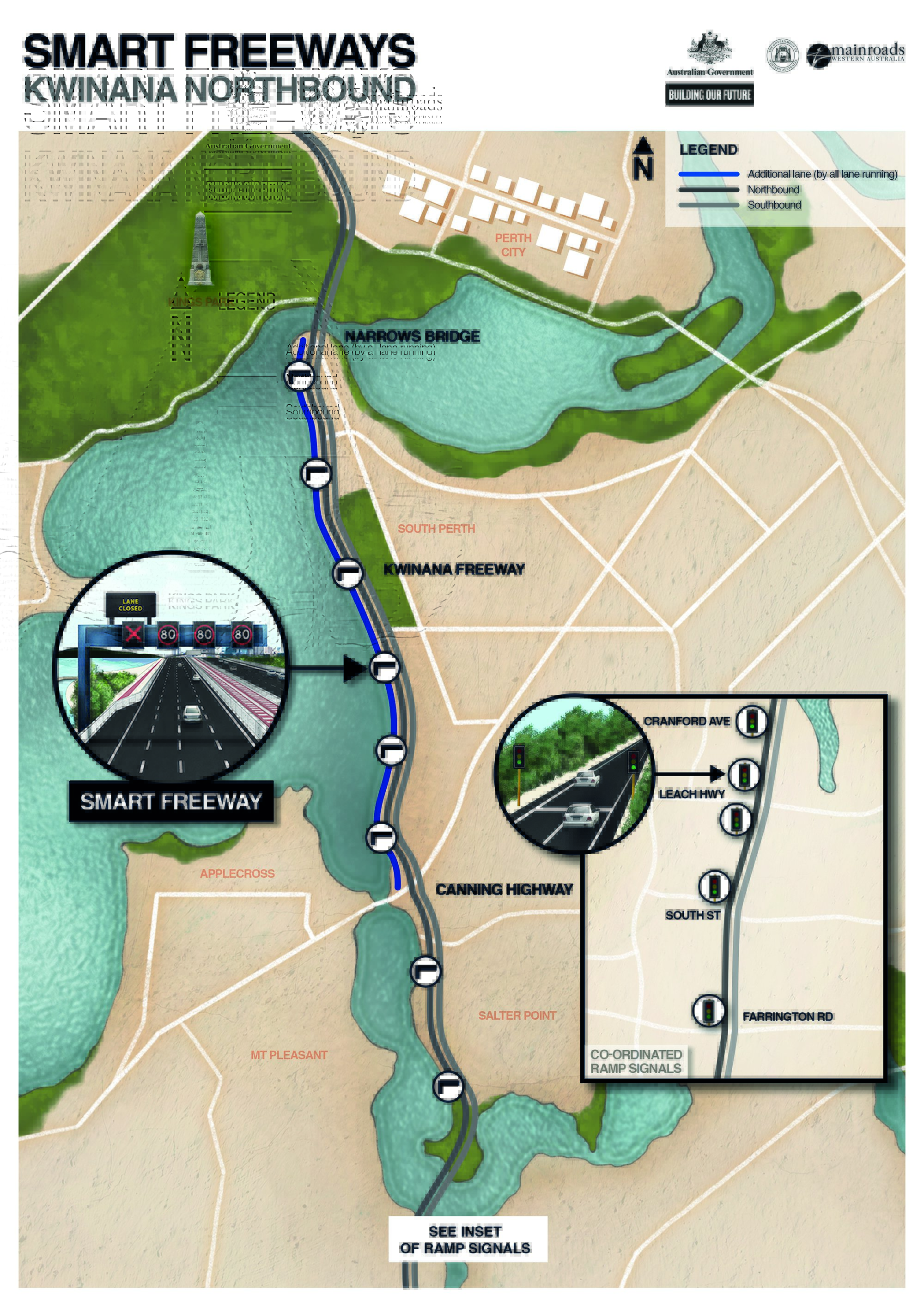 This project will also include new emergency stopping bays at regular intervals along the route to be used by vehicles in case of breakdown or incident.

The Smart Freeways - Kwinana Northbound project is jointly funded by the Australian and Western Australian Governments, each contributing $37.6 million and $9.4 million respectively. This development is part of the Federal and State Government’s $2.3 billion ‘boosting jobs, busting congestion’ package of rail and road works in WA that was announced in May 2017.

Construction and installation of the new Smart Freeway is expected to be completed in 2019, with the freeway opening to traffic by early 2020.

Following the announcement of a preferred builder in September 2018, construction is now underway on the $47 million Kwinana Northbound Smart Freeway project - Perth's first smart freeway - that will deliver better travel between Perth’s CBD and the southern suburbs.