A new green bridge is set to begin construction in late 2021 following the award of the contract to deliver the new $190 million river crossing that will connect Kangaroo Point to Brisbane CBD and provide pedestrians and cyclists an easier way to move between Kangaroo Point, the eastern suburbs and the CBD.

“The Kangaroo Point Green Bridge is a symbol of the strength and capability of BESIX Watpac and we are all incredibly proud of what we are about to deliver for the Brisbane City Council and the people of Brisbane,” BESIX Watpac CEO Jean-Pol Bouharmont said.

Construction on the new Kangaroo Point Green Bridge is due to be completed by late 2023.

“The KPGB will be among the longest span cable stay pedestrian bridges in the world and when added to its graceful elegance, will make an enduring feature of our city.

“We are excited about the local stimulus the project will deliver during the construction phase. We estimate it will generate more than 300 local jobs, 50 new apprenticeships and we target an Indigenous participation rate of 5%. We’ll also be maximising involvement by local subcontractors and suppliers with more than 40% to come from the Brisbane Local Government Area and more than 90% from the broader South East Queensland region,” BESIX Watpac KPGB Project Director Bram Gruwez said.

Kangaroo Point Green Bridge is being delivered as part of the Brisbane City Council’s Green Bridges Program. The program aims to build new green bridges across Brisbane to provide an easier way for locals and visitors to get around the city – whether by foot, by bike or scooter or by providing connections to public transport. 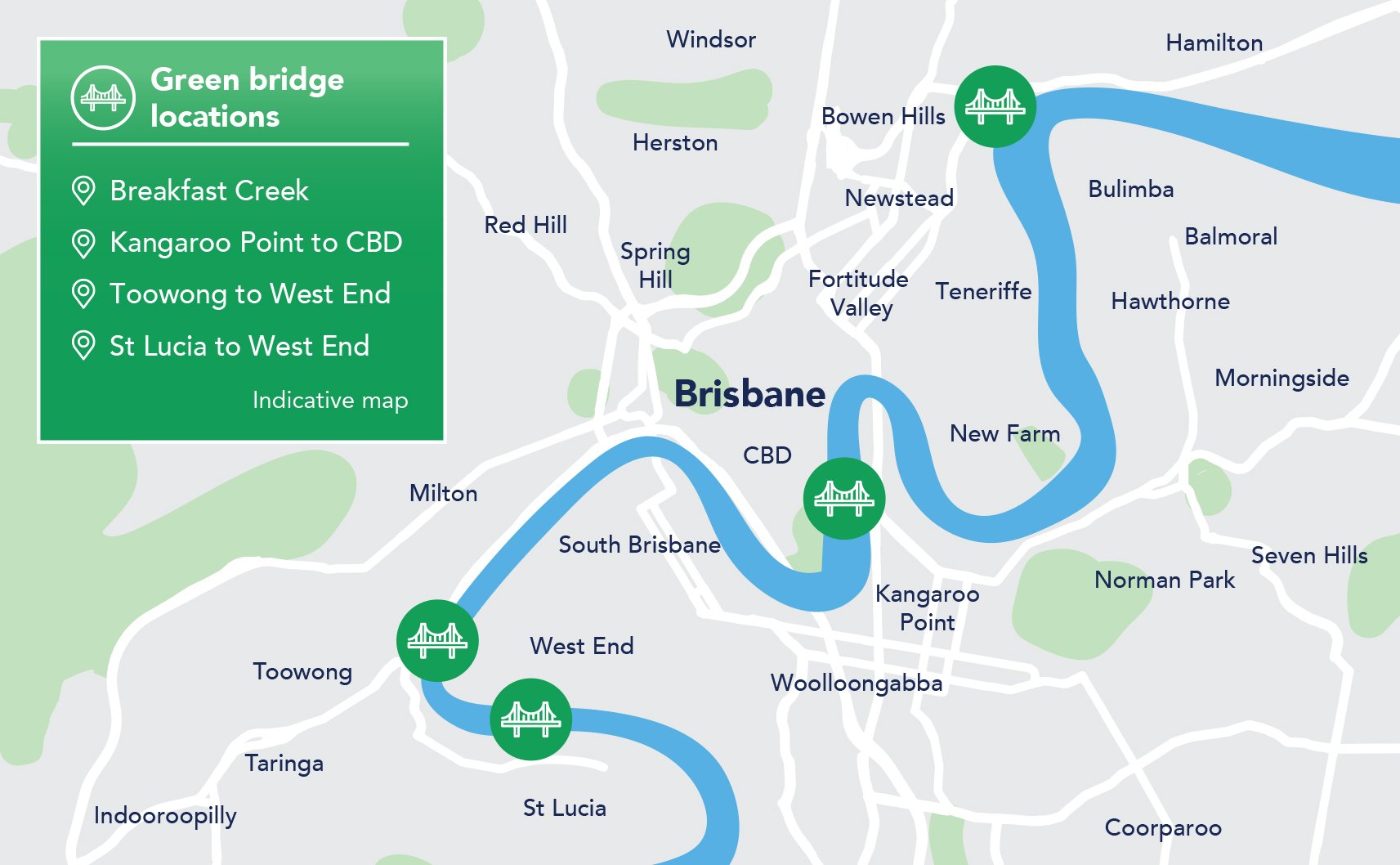 Brisbane City Council is now getting works done to deliver the Green Bridges Program, which will help stimulate the local economy and create local jobs following the impacts of the recent COVID-19 pandemic.

Development on Brisbane’s $3.6 billion Queen’s Wharf has commenced and approximately 2,000 job opportunities for suppliers, subcontractors and tradies have opened up.