The joint venture between CPB Contractors and Downer EDI has been awarded a $1.18 billion contract to design and build the congestion busting project.

“This crucial upgrade will make the Warringah Freeway more efficient and reliable for the drivers who use it every day, and will pave the way for future Western Harbour Tunnel and Beaches Link.

“More than 15,000 jobs will be created during construction of the entire Western Harbour Tunnel and Beaches Link program, with about 600 direct jobs created for the Warringah Freeway upgrade,” Minister for Transport and Roads Andrew Constance said.

Main works on the upgrade are anticipated to commence early next year, with early works already underway. Subject to the detailed design and construction program, project construction is expected to take about five years to complete. 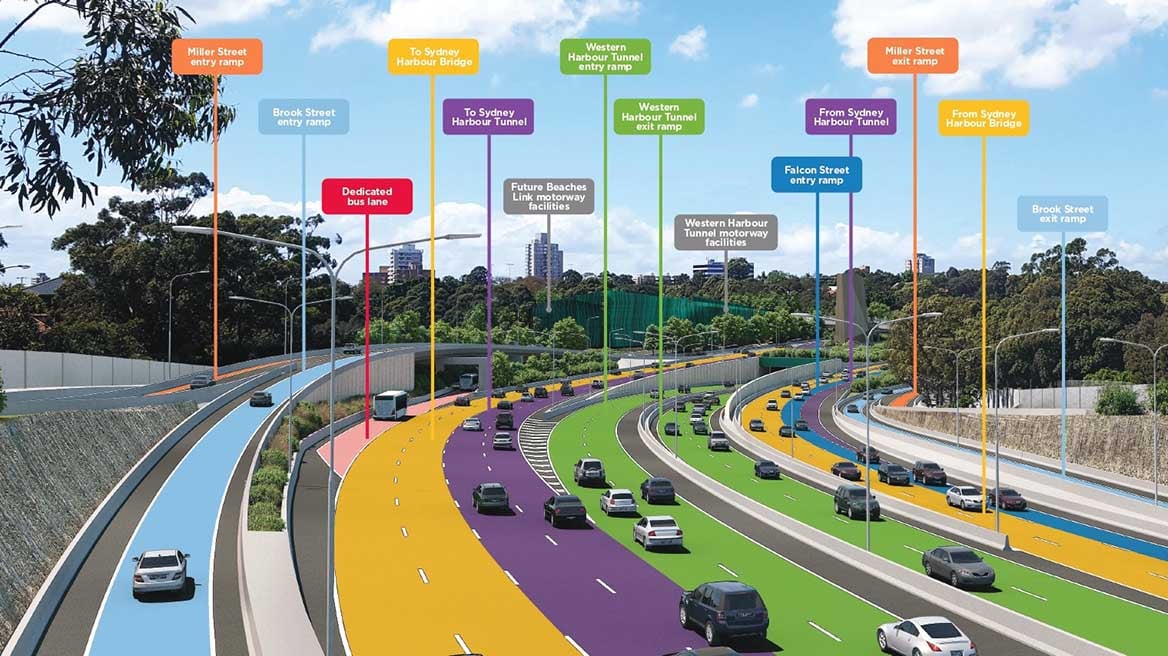 “The Warringah Freeway upgrade is part of the NSW Government’s commitment to reduce traffic on our local roads, and it will help create better connections for our community to the future Western Harbour Tunnel and Beaches Link,” Member for North Shore Felicity Wilson said.

“Community feedback has helped shape the Warringah Freeway upgrade, and the community will continue to be updated and involved as the entire Western Harbour Tunnel and Beaches Link program progresses,” Member for Manly James Griffin said.

Scope of works under the joint venture’s contract will include upgrading four kilometres of the freeway as well as deliver associated works such as construction of a dedicated bus lane and active transport links for cyclists and pedestrians.

“The Warringah Freeway upgrade is key to a city-shaping network of roads that will reduce congestion in Sydney, as population and transport demand grows. The project will improve traffic flow and create better connections. We’re proud to be involved with the delivery of efficient urban transport networks and the creation of more liveable cities,” CIMIC Group Executive Chairman and Chief Executive Officer Juan Santamaria said.

“We are pleased to have been entrusted by the NSW Government to deliver this important upgrade to the northern approach of the Sydney Harbour Bridge. Our teams are highly skilled in delivering complex transport projects in the centre of major cities and will work closely with all stakeholders to safely deliver this upgrade while minimising disruption on what is one of the busiest freeways in Australia,” CPB Contractors Managing Director Jason Spears said.

At least 1,100 highly-skilled jobs will be created for the $2 billion High Capacity Metro Train (HCMT) project in Victoria by the Andrews Labor Government. This project is part of Victoria’s 10-year Rolling Stock Strategy which has already seen an investment of more than $3 billion since the beginning of 2015 for new and upgraded trains and trams.