The $1 billion Rail Infrastructure Alliance (RIA) works package - the last major contract for the project - has been awarded to a consortium comprising of John Holland, CPB Contractors and AECOM.

The winning consortium will undertake the construction of the tunnel entrances at South Yarra and Kensington where thousands of passenger will pass through each hour before their trains will go underground towards the 9-kilometre twin tracks that will run under Melbourne.

"When Metro Tunnel opens in 2025, it will be a game changer - bringing a true metro-style rail system to Melbourne for the first time. John Holland is thrilled to be part of Rail Infrastructure Alliance and continue our involvement in this project to revolutionise public transport in Melbourne," John Holland Chief Executive Officer Joe Barr said.

The entire RIA package will involve building the eastern and western portals  including cut and cover tunnelling works, decline structures, turnbacks as well as local reconfiguration and realignment of existing lines.

This package of works is expected to create up to 1,000 jobs. Early works for the portal construction is set to commence later this year, with majority of the RIA works projected to be completed together with the tunnels and stations by the end of 2025.

The future Parkville Station - where Minister for Public Transport Jacinta Allan announced the winning consortium for the RIA works package - will connect the region’s health precinct as well as the University of Melbourne to the metropolitan rail network for the very first time. 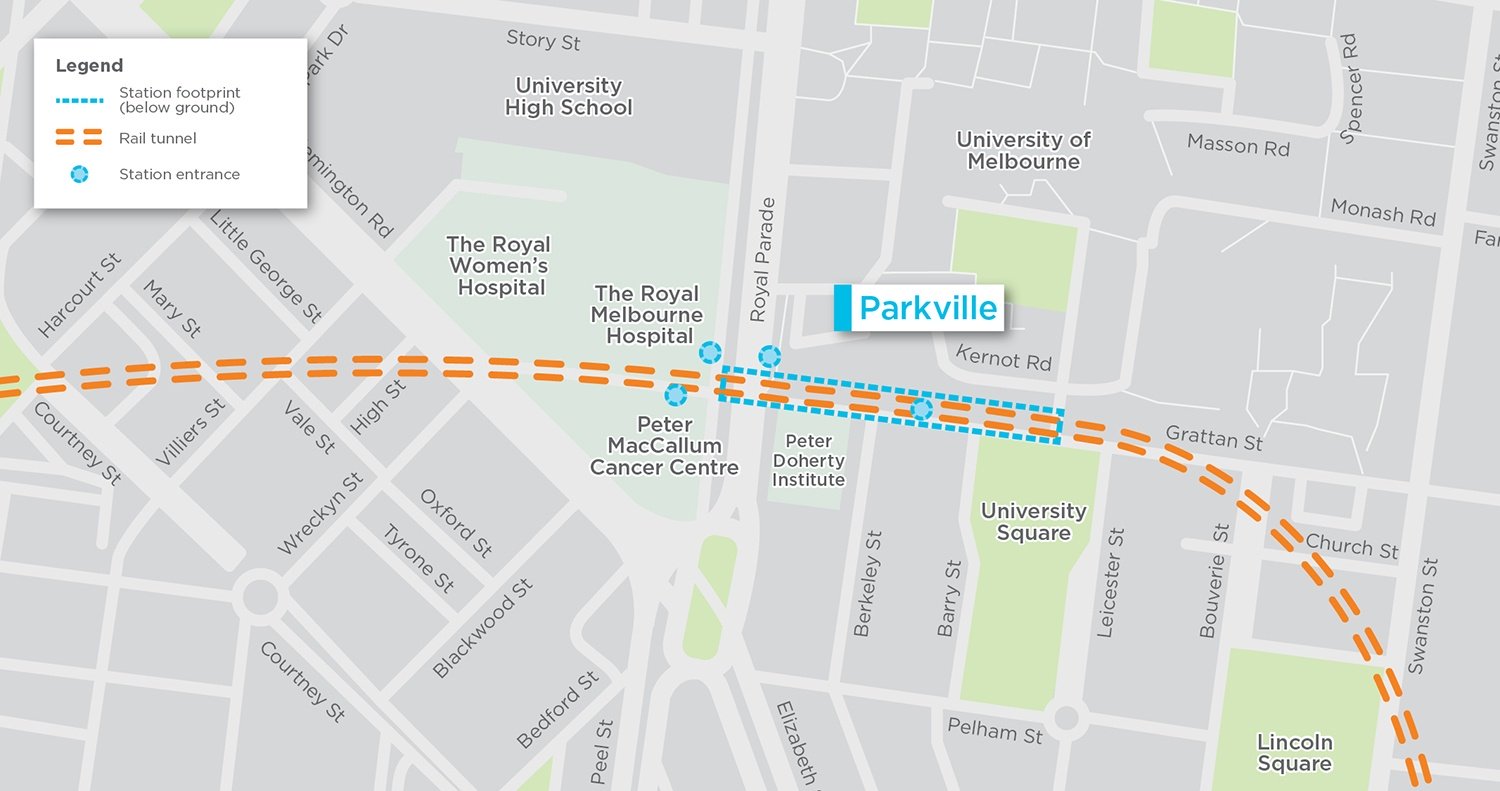 Construction of Parkville Station will employ more than 1,000 people and it is currently focused on building the underground support structures required to enable the safe excavation of approximately 200,000 cubic metres of soil and rock under Grattan Street.

The multi-billion dollar Metro Tunnel Project will also include new high-capacity signalling works that will allow trains to pass through the new entry portals every two to three minutes in each direction - which is a vital part of the project.

The Metro Tunnel Project is aimed at reducing waiting times and overcrowding across Melbourne’s train network by providing the region’s three busiest lines a new underground pathway that will run through the city, freeing up space for other train lines in the City Loop.

The additional capacity across Melbourne’s train network will make more room for an additional 504,000 peak passengers every week.

The RIA works package will also be covering works on train lines out in the suburb areas in order to maximise the benefits of the Metro Tunnel as well as take full advantage of the additional capacity the project will create.

Other works covered by the RIA package will include rejuvenating the South Yarra Siding Reserve, Lovers Walk and Osborne Street Reserve before they are returned to the local community when construction of the entry portals is completed.

Albemarle Lithium is ramping up construction on the $1 billion Kemerton lithium project in Western Australia as the company awards a new contract for the delivery of infrastructure to Kerman Contracting.

CPB Contractors, together with Bombardier Transportation, has been awarded the $1 billion Rail Systems Alliance (RSA) contract for the multi-billion dollar Metro Tunnel Project in Victoria.