The 90-year-old Caboolture River Bridge on Morayfield Road in Queensland will soon be seeing a much-needed upgrade. A media statement released recently states that tenders have been called for the project and the contract for this project will be awarded early 2016.

According to the Minister for Main Roads and Road Safety, Mark Bailey, the Caboolture River Bridge upgrade was given a $17.1 million budget and it is a joint funding between the Palaszczuk Government and the Australian Government.

“The Palaszczuk Government is investing $8.5 million to jointly fund this important infrastructure upgrade with the Australian Government under a 50/50 funding agreement.” 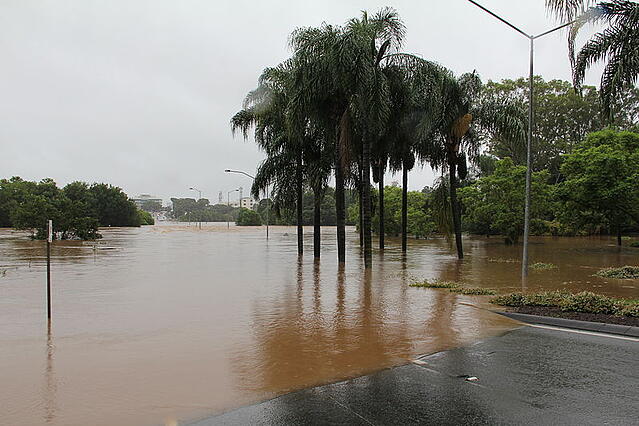 Flooding on Morayfield Road near the Caboolture River Bridge in 2011. Image source: commons.wikimedia.org

Heavy rains and severe weather have always been a problem around the Caboolture River Bridge area due to flooding. To remedy this problem, the upgrade on the bridge and surrounding area will include the following:

The upgrade will not only provide better infrastructure for the local community surrounding the area, but it will also benefit the economy as it will improve freight efficiency as well as other related productivity gains according to Michael McCormack, Assistant Minister to the Deputy Prime Minister. There is also an estimated 51 direct jobs that will be created to support the delivery of the upgrades on the Caboolture River Bridge.

Once the upgrade has been completed, it will “provide a higher-standard, safer bridge for motorists, cyclists and pedestrians, as well as allowing load limits on the bridge to be removed” according to Mr. McCormack.

Learn how to deliver value for money when sending an application for a tender with our blog post - 3 reasons why local suppliers improve tender applications. Alternatively, you can also download our free eBook below which highlights how government officers evaluate your tender documents.

Construction timeframes have been announced for the $1.75 billion Regional Rail Revival - a four-year program that will upgrade every regional rail line across Victoria.

Works are progressing on the M1 Pacific Motorway between Tuggerah and Doyalson, with major construction to begin on 30th January on a third northbound lane.