The Queensland State Government has granted environmental approval to build Australia's largest coal mine, the Galilee Basin Carmichael coal mine. However, developer Adani still needs to find $16 billion in funding for the project, as well as secure a mining licence in Queensland.

The Environment Department issued 140 conditions late on Tuesday, nine of which related to the protection of the black-throated finch, as required by the Land Court in December after a case brought forward by a conservation group.

The $16 billion mine, rail and port project has been marred by protracted legal challenges but has now secured environmental permits from the state and federal governments.

A spokesperson from Adani urged the Queensland Government to prevent any further delay to the granting of the final mining lease.

"While a welcome development, it is now critical that the State Government works actively with us and ensures no further delays can be made to final approvals such as the granting of a mining lease," it said.

"Progress on these approvals is crucial in ensuring the jobs and economic benefits from these projects can flow to regional Queensland at a time these opportunities are sorely needed." - Adani Spokesperson

However, the Queensland Mines Minister Anthony Lynham said a number of statutory obligations needed to be addressed before the Minister would consider granting the lease. These include compensation agreements with remaining landholders and local governments over affected roads in central Queensland.

The ACF alleges federal environment minister Greg Hunt failed to account for the impact of emissions from Carmichael coal, which some analysts have argued could blow the world’s “carbon budget” to keep temperature rises below the 2C limit recently agreed at the Paris climate conference.

It must convince the Queensland government it has obtained “financial closure” before it will be allowed to begin dredging near Great Barrier Reef waters to expand the Abbot Point export facility.

Scope of the project, contractor and job opportunities

The mine which alone would cost about $4.1bn to build, consisting of six open-cut pits and up to five underground mines, would produce up to 60m tonnes of thermal coal a year for sale in Asian electricity markets, notably to Adani’s own generators in India.

The project is estimated to produce 10,000 new jobs at its peak including electricians, plumbers, fitters, builders, plant operators, drivers, geologists and mining engineers.

The early construction works of what will be Australia’s biggest coal mine will generate about 400 jobs, but 4150 jobs are predicted in construction and another 3800 when the mine starts operating.

The jobs would effectively compensate for almost half the 10,000 jobs lost in the coal industry since the boom ended, but almost all the jobs at Carmichael mine will be fly-in, fly-out because the closest town, Clermont, is 160km away. 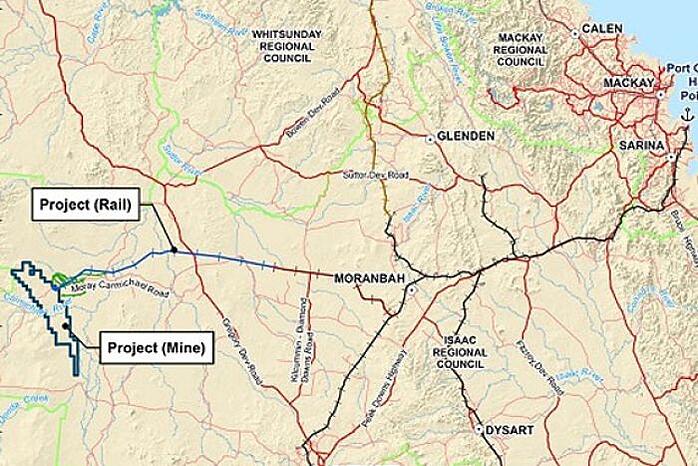 Downer Group has already received two Letters of award from Adani advising of its intention to enter into contracts in relation to the Coal Handling and Preparation Plant (CHPP) at the proposed Carmichael Coal Mine in Central Queensland.

We'll keep you up to date with the latest from the Carmicahel Mine project and the job opportunties available to suppliers and subcontractors. In the meantime, check out this free infograph and gain some tips and tricks to help you win more hire work. Simply click the button below!

Adani has awarded a new $100 million contract to Martinus Rail for the delivery of a rail link that will connect Adani’s mine in central Queensland to Abbot Point Port north of Bowen.

Adani continues search for workers for Carmichael project in QLD

Jobs creation for Adani’s Carmichael coal mine, rail and port projects is well underway, with Downer Group – the project’s major mine contractor – touring around regional Queensland to meet with jobseekers.

A final investment decision is about to be made by Adani for its $21.7 billion Carmichael coal project – located north of the Galilee Basin in Queensland. The company has also emphasised that it will prioritise sourcing regional suppliers as part of the project development.