Community consultation is now underway on the newly released preliminary master plan for the Captain Cook Highway upgrades between the Cairns CBD and Smithfield.

This master plan is part of a program of upgrades on Queensland’s Captain Cook Highway.

“Extensive consultation with impacted property owners and community engagement for the preliminary master plan along the 15.5-kilometre corridor is underway.

“A detailed program of construction timeframes will be developed once the staging options have been identified,” Federal Infrastructure, Trasport, Regional Development and Local Government Minister Catherine King said.

Master planning for the project – which will include a staged approach for the upgrades – is anticipated to be finalised by mid to late this year. This staged approach is similar to the upgrade on the Bruce Highway on Cairns Southern Access Corridor.

This Captain Cook Highway upgrade is proposed to be carried out over a 25-year period. 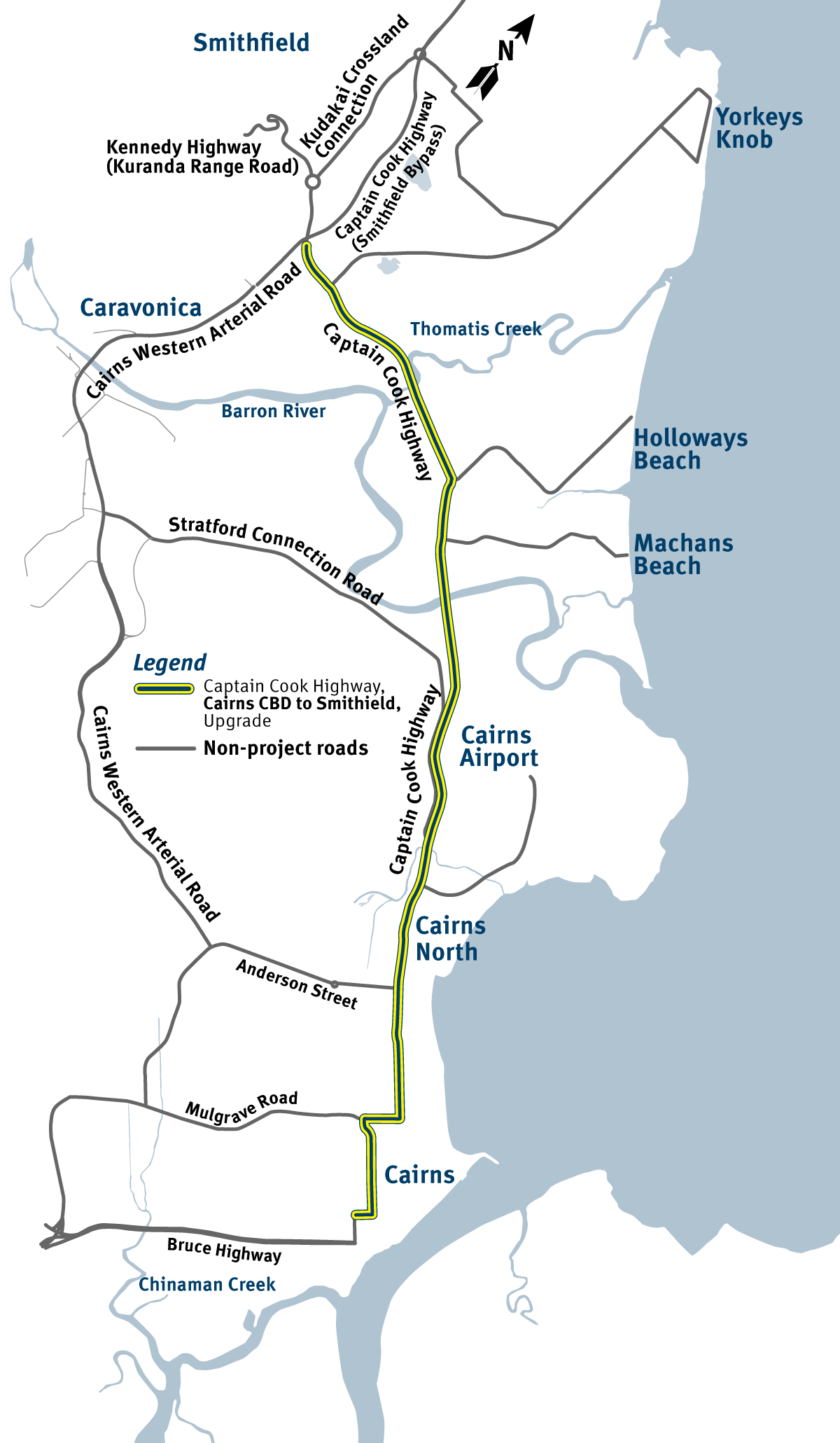 Key features of the overall upgrade, which is subject to findings of the planning study, will include:

The first stage of the project will deliver works on the section of Captain Cook Highway between Florence Street and Aeroglen Drive. The proposed scope for this stage will include upgrading the highway to six lanes, delivery of active transport options, drainage improvements, indented bus stops and intersection upgrades.

“The Captain Cook Highway upgrades will not only make far quicker and safer to get around the Far North – they will also support over 380 good, secure jobs in our region during construction.

“As part of the preliminary plan, Sheridan Street north of Grove Street will be expanded to six lanes, and intersections on the stretch will also be upgraded.

“I’d encourage anyone wanting to give feedback on the plans to do so,” QLD Member for Cairns Michael Healy said.

The preliminary master plan for Captain Cook Highway also incorporates a two-way cycleway from Arnold Street connecting to the shared pathway that is built as part of the Smithfield Bypass project. This will provide improved access to the wider active transport network as well as for recreational activities along the corridor.

The new cycleway is going to be linked to the existing Aeroglen-to-CBD cycleway that is part of the Cairns Principal Cycle Network, running parallel to Sheridan Street.

“These upgrades, alongside other road projects like the recently completed $164 million Smithfield Bypass, will make it much easier to move around the Far North.

“They come as part of the Palaszczuk Labor Government’s almost $1.6 billion investment in road and transport projects in Far North Queensland over the next four years, supporting 1,440 good, secure jobs in the region.

The community is encouraged to have their say on the preliminary master plan. Feedback can be submitted through the project’s webpage here.

Consultation period is open until 28 February 2023.

“Members of the community will be able to provide feedback on the preliminary master plan,” Special Envoy for the Great Barrier Reef and Senator for Queensland Nita Green said.

The $359 million Captain Cook Highway upgrade between Cairns CBD and Smithfield is jointly funded by the Australian and Queensland Governments, each contributing $287.2 million and $71.8 million respectively.

The project is expected to support an average of 387 direct jobs over its life.

“The $359 million Captain Cook Highway package is one of Far North Queensland’s most significant infrastructure projects, so it’s great to see we’ve taken another important step towards getting works underway.

“The Palaszczuk Labor Government is committed to making it easier to move around Queensland, which is why we’re investing $29.7 billion in road and transport projects over the next four years.

More works are set to go underway on Queensland’s Cairns Ring Road as upgrades to the James Street to Airport Avenue section of the Captain Cook Highway have been identified to be part of Stage 1 early works on a $359 million upgrade project.

A $359 million program of works that will improve the Captain Cook Highway in Queensland is gearing up towards construction as it progresses through the planning stage.

The first sod has been turned and construction is now underway on the Sunshine Coast’s $301.25 million Bruce Highway Upgrade on the Maroochydore Road and Mons Road interchanges.