The space that lies partly beneath the Riverside Expressway is going to feature vibrant murals to transform the roadway columns and help revitalise the area.

Once completed, this project will provide Brisbane CBD a new public realm with an equivalent size of 12 football fields.

“The first works will be to construct temporary river-based work platforms and prune the existing mangroves before we start to build the walkway.

“The Mangrove Walk will provide an alternative path from the Botanic Gardens to Queen’s Wharf, with interpretative heritage, integrated story-telling elements and additional mangrove plantings and a rejuvenation program in the area,” Destination Brisbane Consortium project director Simon Crooks said.

The Queen’s Wharf project’s contractor, Multiplex, will be utilising the Brisbane River as a main transport corridor and a work platform in order to ensure that there will be less heavy vehicles travelling along the area’s central transport arteries.

“The barges will be used for piling work to construct the walkway structure, followed by crane work to lift pre-constructed sections of the Mangrove Walk into position,” Mr Crooks said. 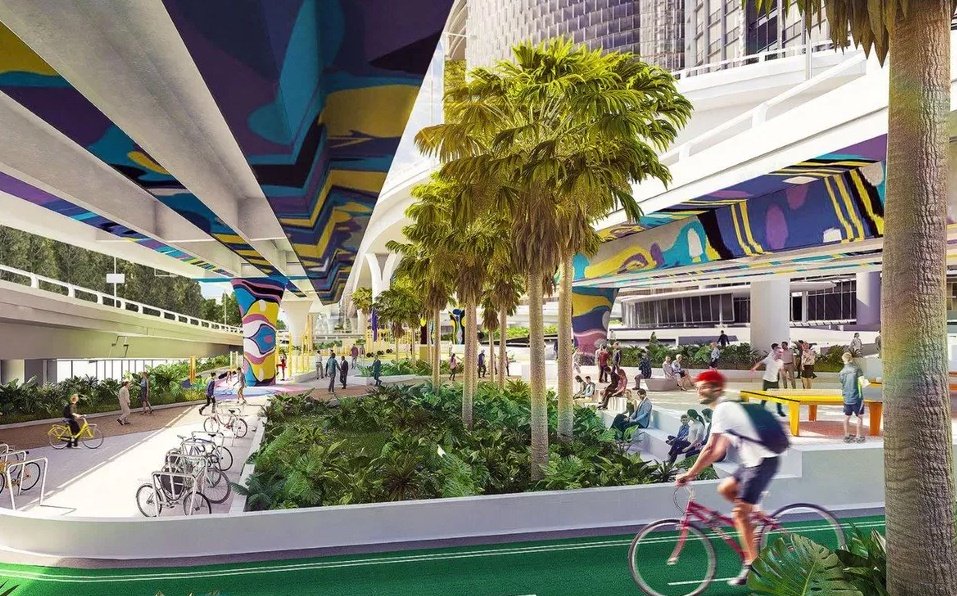 Other works under this project will include widening a section of the Bicentennial Bikeway between Goodwill Bridge and the 1 William Street building. This section of the bikeway is going to be upgraded into a three-metre wide bike path with a two-metre wide pedestrian path.

The new boardwalk is expected to be the first Queen’s Wharf infrastructure to open for public use.

“We’ve got an upgrade to the bikeway, the attendant walkway (Mangrove Walk) that the public can use for their pleasure late next year,” Mr Crooks said.

Destination Brisbane Consortium has already appointed an independent panel of Queensland art community representatives that will select artwork to be featured throughout the precinct’s public spaces.

“The first of these panel-selected art pieces is the highly colourful mural that is now being applied to the underside of the Riverside Expressway.

“Our panel chose the mural because it uses sub-tropical Queensland colours to portray the tidal changes of the Brisbane River, in a piece designed by Australian artist Alice Lang,” Mr Crooks said.

Other artwork as well as the locations where they will be installed are going to be announced as selections by the panel progress.

The entire Queen’s Wharf development is projected to open to the public in 2022.

Development on Brisbane’s $3.6 billion Queen’s Wharf has commenced and approximately 2,000 job opportunities for suppliers, subcontractors and tradies have opened up.