“Congestion-busting projects like this one will help tens of thousands of motorists daily, saving them valuable time on their commute and making their journeys safer and more reliable.

“Even one crash and one injury on our roads is one too many, which is why delivering safe and efficient roads is a key priority of the Australian Government,” Federal Minister for Communications, Urban Infrastructure, Cities and the Arts Paul Fletcher MP said.

In addition to a safer and more reliable road network, the project is also expected to support up to 78 jobs annually during its construction phase.

This multi-million-dollar project is jointly funded by the Australian and South Australian Governments, and it aims to deliver better journeys as well as economic outcomes for motorists.

“Portrush Road forms part of the National Land Transport Network and the Outer Ring Route, providing an important north-south connection from the South Eastern Freeway and around the City of Adelaide.

“The Marshall Government is building what matters for South Australia and that includes road upgrades across Adelaide to bust congestion and get commuters home faster and safer,” SA Minister for Infrastructure and Transport Corey Wingard MP said. 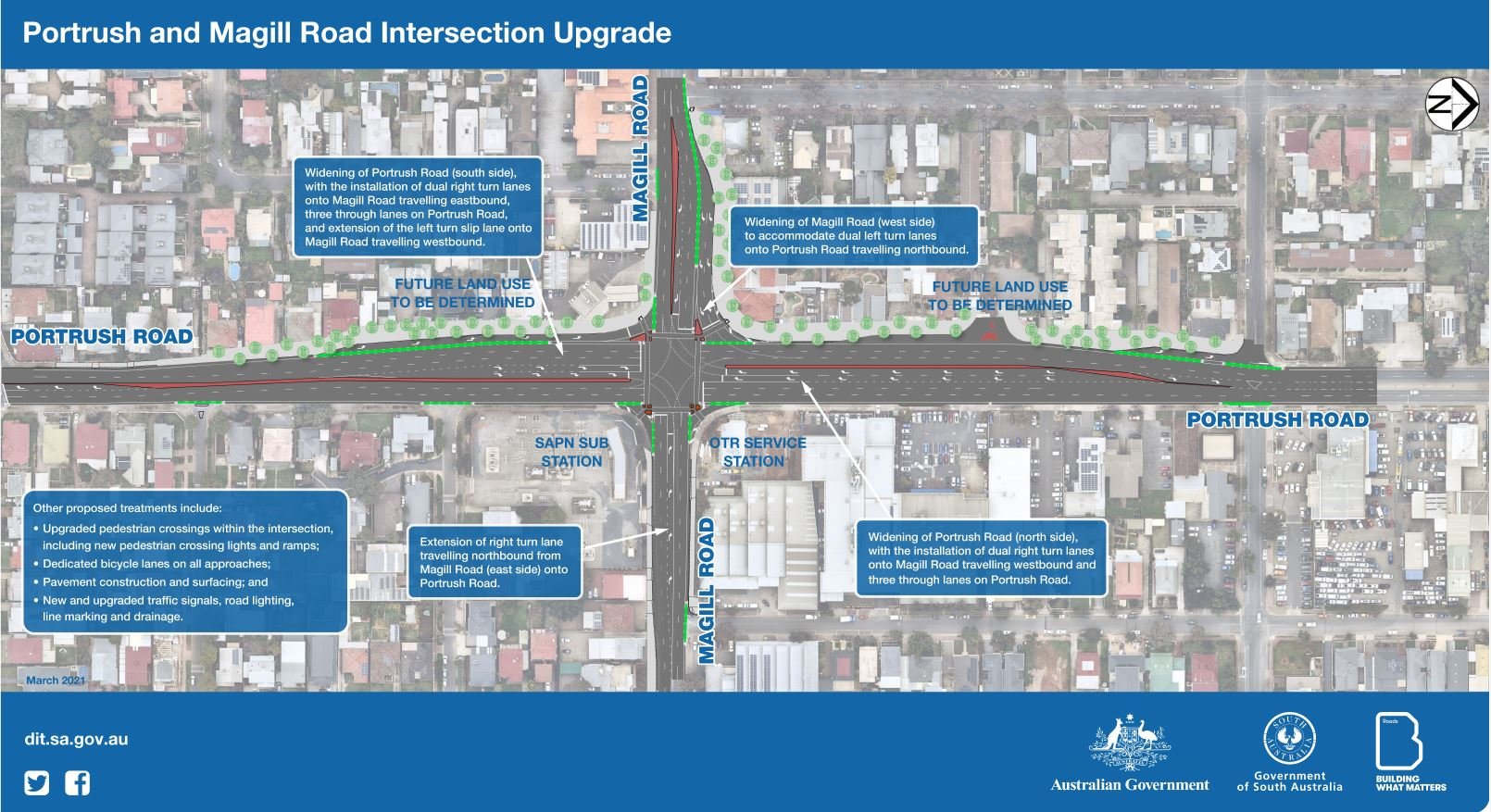 According to Federal Member for Sturt James Stevens MP, he is pleased to see major works commence on the project that will support jobs and provide an economic stimulus that will benefit the entire community through cash flows towards local businesses.

“This has been a notorious intersection for locals for some time, our governments have listened and we have acted by funding this critical upgrade.

“Locals and visitors alike will soon be reaping the benefits of a safer, more efficient route, with the upgraded Portrush and Magill Road intersection expected to be completed next year,” Mr Stevens said.

Early works on the project commenced in June 2020, which included property demolition, service relocations and early investigations along Portrush and Magill roads.

Major construction is going to be undertaken by BMD Constructions.

The intersection is anticipated to open to traffic by the end of 2021, with construction to be fully completed by early 2022.

Construction on the $86 million Roe Highway and Kalamunda Road interchange upgrade in Western Australia is now underway and the project is set to significantly improve safety on this stretch of road for the almost 60,000 motorists passing through it daily.