Construction is now underway on the $28.7 million Karel Avenue upgrade in Western Australia, which is set to relieve the bottleneck in Perth’s southern suburbs. In June, Georgiou Group was awarded the contract to deliver this project.

“This is going to get rid of a frustrating and potentially dangerous bottleneck south of Farrington Road, where two lanes currently merge into one.

“It will create better access to the Jandakot Industrial Area, which is expected to support more than 8,000 jobs and 300 businesses when fully developed,” Minister for Population, Cities and Urban Infrastructure Alan Tudge said. 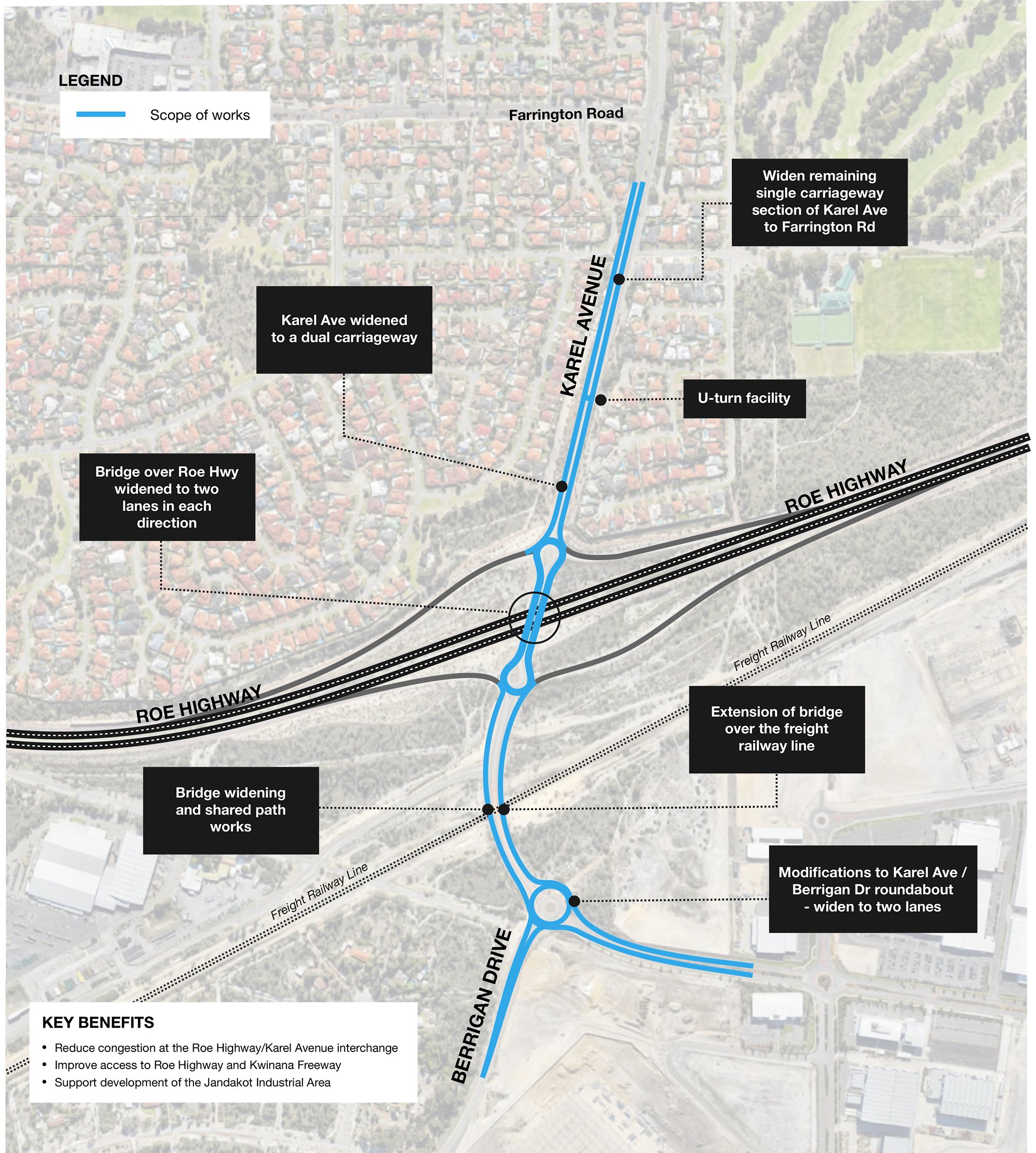 The Karel Avenue upgrade is one of the 18 projects funded through the Commonwealth-State $2.3 billion “boosting jobs, busting congestion” fund announced in 2017.

This project is also one of the seven new road projects to be delivered in Perth’s south, which will help improve transport efficiency as well as safety by busting congestion in the local road network.

“The combined projects will deliver increased capacity to remove congestion at known pinch points such as Karel Avenue and Cockburn Central, improving access to commercial hubs and medical facilities.

“These projects support other major transport infrastructure improvements such as the METRONET Thornlie-Cockburn Link, to provide better options for commuters and those travelling in the southern suburbs on a daily basis,” Western Australian Minister for Transport and Planning Rita Saffioti said.

Once completed, the upgraded Karel Avenue will be able to deliver up to 70 per cent travel time savings during the morning and afternoon peaks.

The upgrade is due to be completed in late-2020.

Works to duplicate the 2.43-kilometre section of Western Australia’s Great Eastern Highway between Anzac Drive and Gatacre Drive in the Kalgoorlie-Boulder regions has commenced, with Highway Construction Pty Ltd delivering the upgrade with a $15.8 million contract award.

Works to upgrade Western Australia’s Karel Avenue will soon commence and Georgiou Group has been awarded the design and construction contract for the $24 million project.

Construction on the $86 million Roe Highway and Kalamunda Road interchange upgrade in Western Australia is now underway and the project is set to significantly improve safety on this stretch of road for the almost 60,000 motorists passing through it daily.