The three phases will cover:

Detailed design for Phase 1 has already been completed and pre-construction is anticipated to commence in late 2019, subject to necessary approvals. This phase will deliver a traffic signalised intersection at Scarborough Beach Road, new local road connections at Oswald Street and Howe Street, cycling and pedestrian facilities, and streetscaping.

“With detailed design of the first phase of the Stephenson Avenue extension complete, this project is on track for construction to begin in 2020.

“This upgraded infrastructure will unlock private investment and jobs in a key CBD hub outside of Perth,” Premier Mark McGowan said. 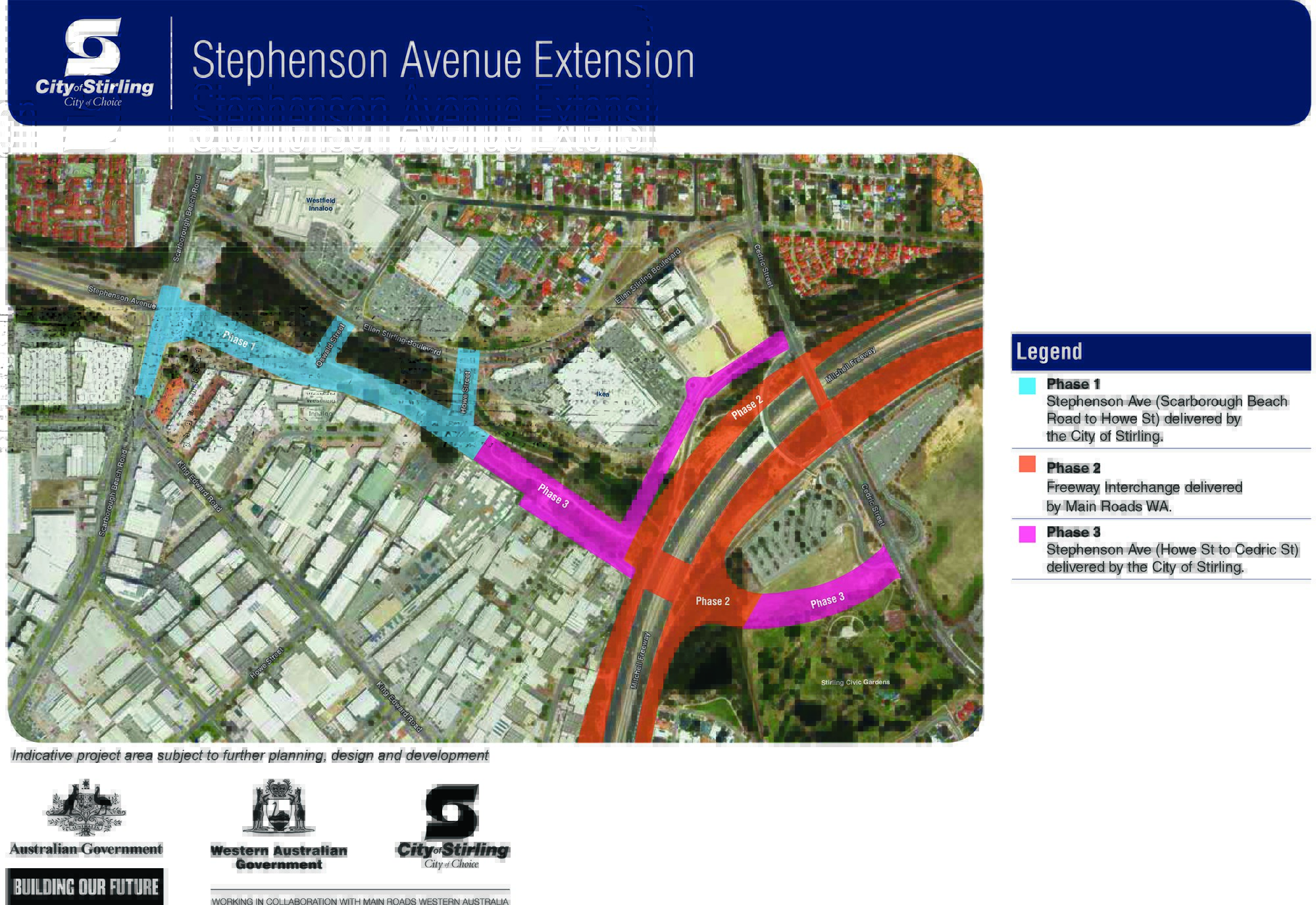 The entire project will be extending Stephenson Avenue from Scarborough Beach Road to Cedric Street to connect to key activity hubs such as the Westfield Innaloo Shopping Centre, the Osborne Park industrial area and the Stirling City Centre.

This development will also include delivering local road network connections as well as improving access and connectivity for cyclists, pedestrians and commuters.

“It is estimated 40,000 people are employed within Stirling City Centre, Osborne Park and neighbouring Herdsman-Glendalough area, making it one of the biggest business precincts outside Perth central business district.

Design development for Phases 2 and 3 is expected to be completed by the end of the year, and it is set to include connections to the Mitchell Freeway.

The Stephenson Avenue extension project is jointly funded by the State and Australian Governments, with each contributing $60 million and $65 million respectively.

Western Australia’s $165 million Stephenson Avenue Extension is ready to move into Phase 2 works following the award of an alliance construction contract to ACCIONA, Clough and WSP.