The next stage of works on the $37.5 million Kennedy Highway safety upgrade between Mareeba and Atherton is now underway, with more jobs expected to be supported through this project.

This project is being funded through the Roads Infrastructure Stimulus Package initiative.

“The Kennedy Highway is a strategic link in Queensland's road network, connecting mining, agriculture and tourism across Far North.

The State Government has worked with the Australian Government to fast track the funding for this significant project which will help drive Queensland's economic recovery.

“We are pressing on with infrastructure projects right across the state, including this second stage of the Kennedy Highway safety upgrades.

“We have a local company, Robinson Civil Group, delivering this stage of works and an average of 121 jobs are being supported by the project at a time when maintaining jobs has never been more critical,” Transport and Main Roads Minister Mark Bailey said.

In addition to jobs creation and delivery of important safety upgrades, this project will also bring in a positive boost to the Far North Queensland economy.

“Roads are so important on the Tablelands due to the large amount of farm machinery and trucks carrying livestock and produce.

“By widening priority sections of the road to an 11-metre seal width, this will create a safe environment for motorists and reduce fatalities and serious injury crashes on this road,” Senator for Queensland Susan McDonald said.

Stage 2 of the Kennedy Highway upgrade will get underway between Vicary Road, Mareeba and the beginning of the 80km/h zone into Tolga.

According to Robinson Civil Group CEO Caytlyn Mead, the company is looking forward to working with the Queensland Government to deliver safer and better roads. 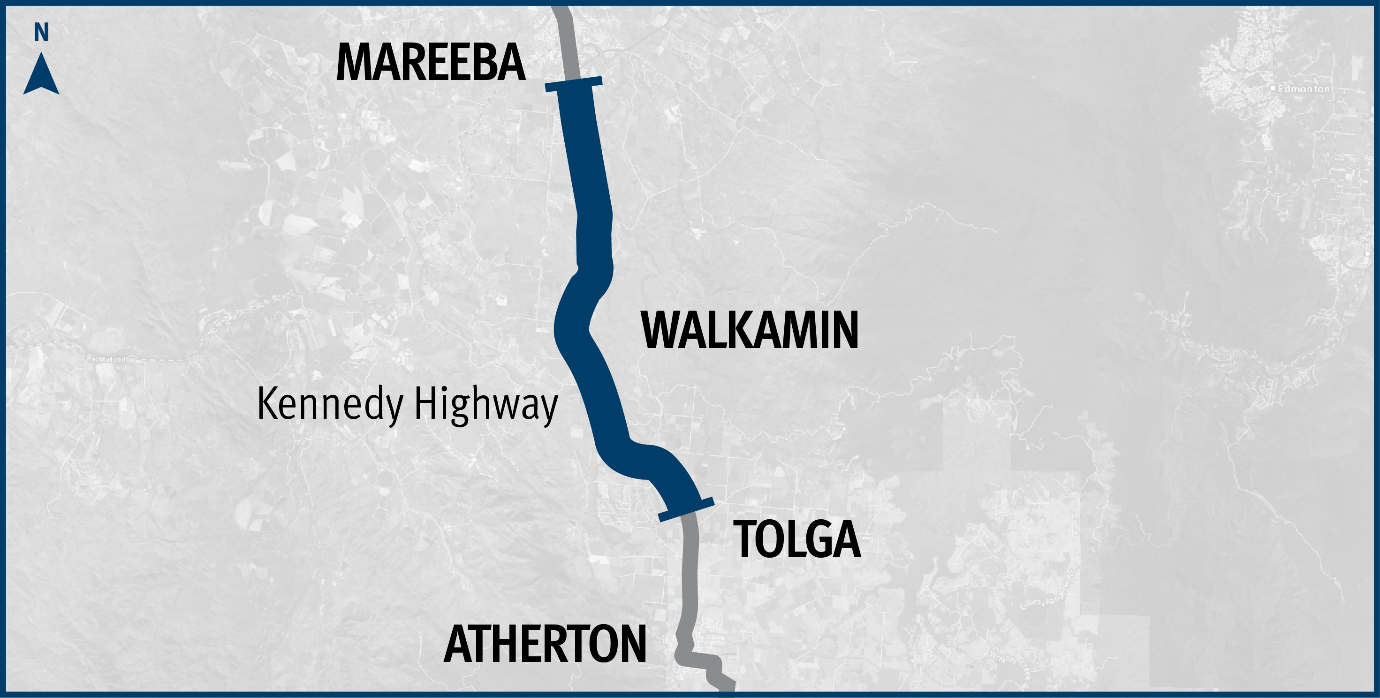 The Kennedy Highway road safety upgrade between Mareeba and Atherton will include:

Weather permitting, construction is expected to be completed by early 2022.

This Kennedy Highway safety upgrade is jointly funded by the Australian and Queensland Governments, each contributing $30 million and $7.5 million respectively.

The Queensland Government has committed approximately $800 million from the 2018-19 State Budget towards Western Queensland road upgrades that will improve the local transport and road network.

Queensland’s Bruce Highway will be seeing more works done as the $103 million upgrade project near Aldershot gets underway, including the construction of two new bridges at Saltwater Creek and Deadman’s Gully.

Planning for the third and final stage of the M1 (Pacific Motorway) North upgrade in Queensland is progressing as consultation with motorists and residents commences.