The Victorian Government has named a head contractor to build the Bendigo GovHub – a new establishment that will provide the local community with a single point of access for government services.

“The GovHub is a really exciting project that will transform and revitalise Bendigo and is just one of a range of projects we’re building to make regional cities an even better place to live and work,” Minister for Regional Development Mary-Anne Thomas said.

The Icon Fairbrother joint venture has been appointed to deliver the $90 million Bendigo GovHub project.

Early works on the new building have already commenced and major construction is due to begin in the next few months.

The joint venture will be working closely with Lyons Architects and Arup Engineering for the design and construction of the multi-use development that will transform the heart of Bendigo.

In addition, the project team will also work with the Dja Dja Wurrung Clans Aboriginal Corporation for the inclusion of Indigenous design elements as well as language in the architecture, landscaping and spaces of the new building.

“It’s a great day for local jobs with the appointment of Icon Fairbrother and its commitment to Indigenous employment which brings to life the Victorian Government’s Local Jobs First Policy for regional Victoria,” Member for Bendigo West Maree Edwards said. 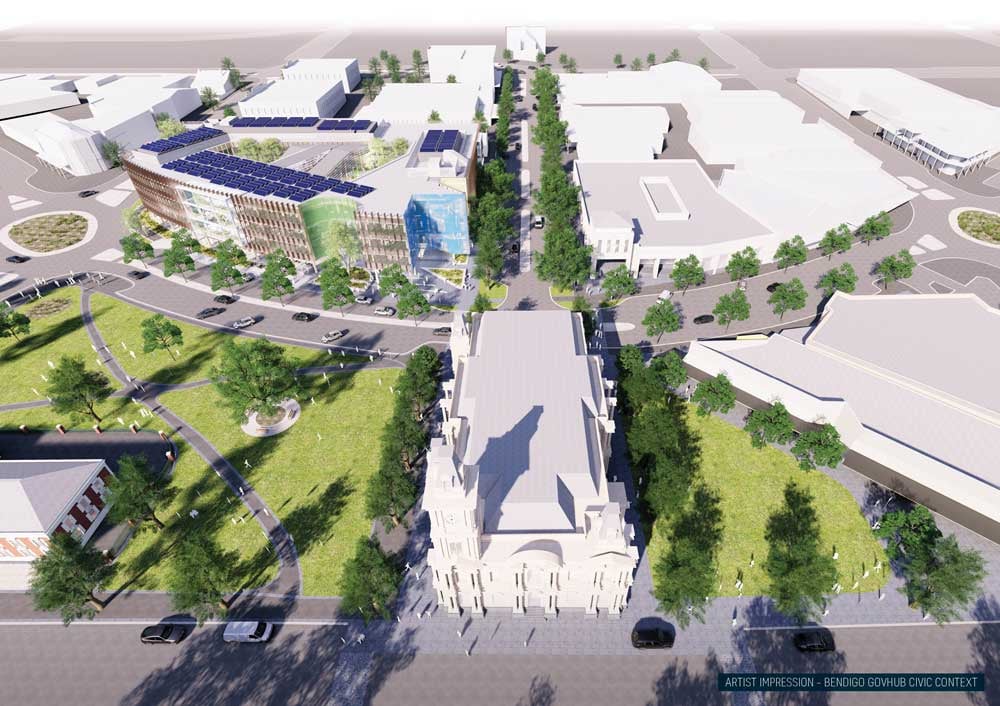 This project is expected to provide over $130 million into the local economy as well as support more than 200 jobs during its construction phase.

The new building will also have a civic forecourt on Lyttleton Terrace and a pocket park on Mundy Street that links GovHub to it surrounds and, at the same time, provide a meeting point for the community.

Once up and running, Bendigo GovHub will be accommodating up to 1,000 Victorian Government and City of Bendigo workers.

Construction on Bendigo GovHub is due to be completed by mid to late 2022.

Construction timeframes have been announced for the $1.75 billion Regional Rail Revival - a four-year program that will upgrade every regional rail line across Victoria.

Passengers regularly travelling on the Bendigo Line can expect quicker and more reliable rail services, with the $91 million Bendigo and Echuca Rail Line Upgrade given the green light for development.

Major construction is scheduled to commence soon on the $176.2 million Bendigo and Echuca Line Upgrade in Victoria following the appointment of John Holland to deliver the track upgrades.