Harwood bridge contract awarded as part of $4.36b Woolgoolga to Ballina upgrade

Joint Venture Acciona Ferrovial has been awarded the contract to design and build the proposed new bridge over the Clarence River at Harwood, NSW.

The new bridge will be built almost 30m high and 1.5km long, making it the longest of more than 100 new bridges built as a part of the 155km $4.36 billion Woolgoolga to Ballina section of the Pacific Highway.


The significant clearance on the new bridge will eliminate the lengthy traffic hold ups cause by the existing bridge, which is lifted around 5 times a week to allow boating vessels to pass underneath. It will be built 70m downstream from the existing bridge. 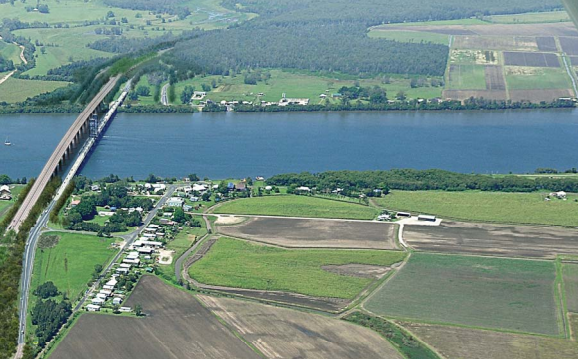 The new bridge is a major milestone in meeting the 2020 deadline of completing the duplication of the Pacific Highway. Construction is expected to begin in August and is scheduled for completion in 2019, but Acciona Ferrovial regional director Guillermo Ripado hopes it will be finished by the end of 2018.

The two-year project will contribute an estimated 200 jobs to the 2,500 direct and 4,500 indirect jobs created on the Woolgoolga to Ballina section of the upgrade.

The upgrade has been the biggest boom for jobs in the community and some jobs may run for seven to eight years, providing a continued source of employment for workers.

BMD, Cut & Fill and Seymour Whyte are shortlisted to submit tenders for the $30 million Swan Street Bridge in Melbourne. The winning contractor will be delivering the following upgrade works to the iconic bridge:

The first stage of the tender process for the $30 million Riverway Drive duplication in Kelso, Townsville have called for expressions of interest.

The Victorian Government has announced plans for a $30m project to widen the Swan Street Bridge to five lanes.

The intersection is one of Melbourne’s busiest and most congested – it caters to approximately 30,000 cars, 1,300 pedestrians and 1,000 cyclists every day.