“The BRT (Bus Rapid Transit) will provide a vital transport link between Ellenbrook, its neighbouring communities and the Midland train line. 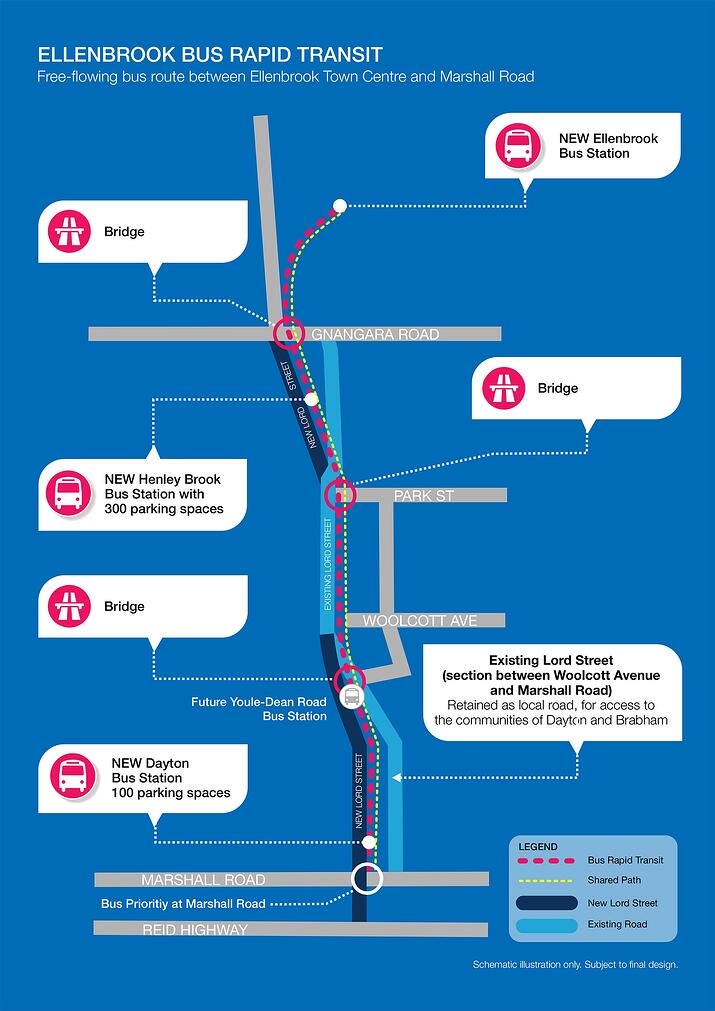 The Ellenbrook Bus Rapid Transit project will include the construction of two sections of new road – and will be called ‘New Lord Street’ – between Gnangara Road and Park Street which will continue between Youle-Dean and Marshall Roads.

New bus stations at Ellenbrook town centre as well as Henley Brook and Dayton will also be built, with plans incorporating 9-kilometres of shared path between Marshall Road and the new Ellenbrook bus station.

The project will also incorporate cycling facilities at the new stations, and a fourth bus station near Youle-Dean Road has already been planned.

“This is great news for all families, commuters and residents in these areas as they will have a reliable, streamlined public transport service,” Mr Marmion said.

Construction is expected to commence before the end of the year and the new rapid bus service to begin in 2018.

Two large-scale battery storage with a combined capacity of 55MW are going to be built in Victoria, with the projects jointly funded by the State Government and the Australian Renewable Energy Agency (ARENA) – each investing $25 million.

The Mandurah Estuary Bridge duplication project is now fully funded and ready to progress towards construction following the commitment of a $55 million funding by the Western Australian Government through the 2021-22 State Budget.