“Georgiou Group Pty Ltd brings a wealth of experience, having worked previously on other major infrastructure projects across the state, including Mona Vale Road upgrade Stage 2, the Windsor Bridge replacement and the new bridge over Clarence River at Tabulam.

“The 10.5 kilometre bypass will be a game-changer for not just Parkes but the entire Central West region, supporting the freight industry, fuelling economic growth, and improving access and safety along this vital transport corridor,” Deputy Prime Minister and Minister for Infrastructure, Transport and Regional Development Barnaby Joyce said.

Early works on this project is ramping up, including the installation of 12 kilometres of fencing around the project site, laying concrete to create a network of utility-protecting concrete slabs and the continuation of local road construction.

“It is expected there will be 70 to 100 full-time staff working on the project each day once construction kicks off later this year.

“We know how important this project is to the community – and to delivering better journeys for freight, farmers and other motorists. With construction now not far off, the bypass is on track to be open to traffic in 2024,” NSW Minister for Regional Transport and Roads Paul Toole said.

The Parkes Bypass project is being delivered as part of the $500 million Newell Highway upgrade program, which aims to support the interstate freight industry as well as provide economic growth and improve safety and access along this corridor.

Once open to traffic, the bypass will help remove up to 1,200 trucks from local streets daily and provide a safer road network for motorists.

“I know how important this bypass will be for the Parkes community and for the thousands of vehicles which travel along the Newell Highway every day.

“This bypass is projected to remove more than 1,200 heavy vehicles and other through traffic from the centre of Parkes every day, increasing safety for both commuters and pedestrians,” Federal Member for Riverina Michael McCormack said. 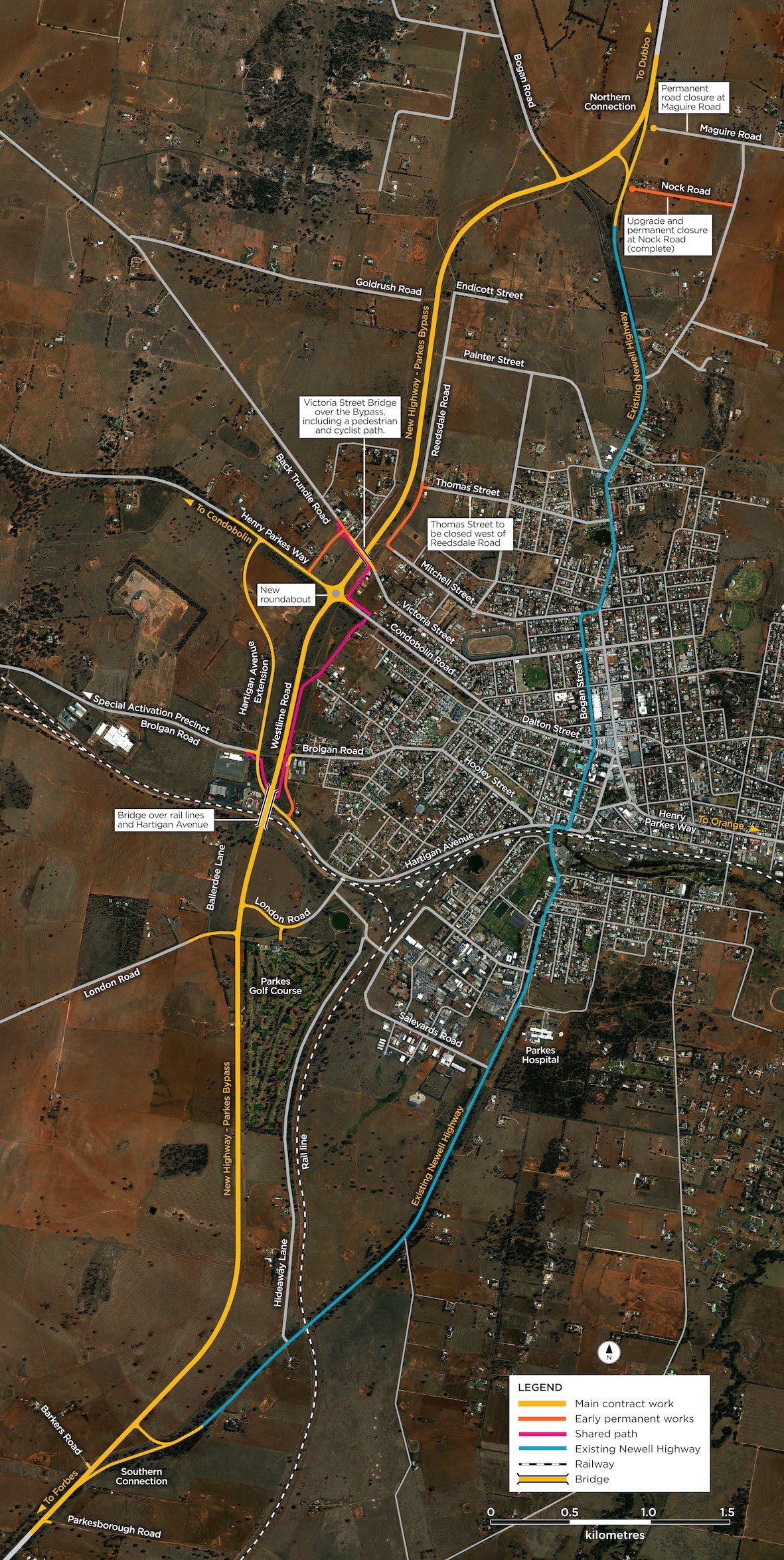 This multi-million-dollar project will include:

Georgiou Group's project team is ready to mobilise to site and will begin work over the coming months. The company is expecting to employ up to 120 people at peak construction as part of their project team.

“Our experienced team is in the final stages of completing the New England Highway Upgrade at Bolivia Hill and will transition onto our Parkes project, bringing with them a wealth of technical and complex bridge construction expertise.

“This project is what Georgiou really cute its teeth on - a regional bulk earthworks bridge project with a key client who we have worked closely with on multiple projects over the past five years,” Georgiou Group Eastern Region Executive General Manager Gary Georgiou said.

Mr Georgiou added that the company will adhere to its strong COVID management plans and ensure that strict COVID protocols are followed on site.

“In addition to daily temperature testing and COVID management plans, the Parkes project will have an appointed COVID marshal on site and movements - of staff and subcontractors - will be limited to reduce any risk of COVID transmission,” Mr Georgiou said.

Local contractors & suppliers to be prioritised for Parkes Bypass work

Following the release of tenders to market last month, local contractors are now encouraged to get involved in the delivery of the $187.2 million Parkes Bypass project in New South Wales.