More works to transform the Mitchell Freeway in Western Australia are due to commence soon and H2H – a joint venture between WBHO Infrastructure Pty Ltd and NRW Contracting Pty Ltd – has been appointed as preferred builder.

“This project will contribute to maintaining an efficient and reliable freeway network for the movement of people and freight, which supports the economic prosperity of Western Australia,” Federal Minister for Communications, Urban Infrastructure, Cities and the Arts Paul Fletcher MP said.

H2H will undertake upgrading the Mitchell Freeway Southbound and the scope of works will include:

These vital upgrades will help bust congestion as well as improve safety on this stretch of the Mitchell Freeway, especially during peak times. 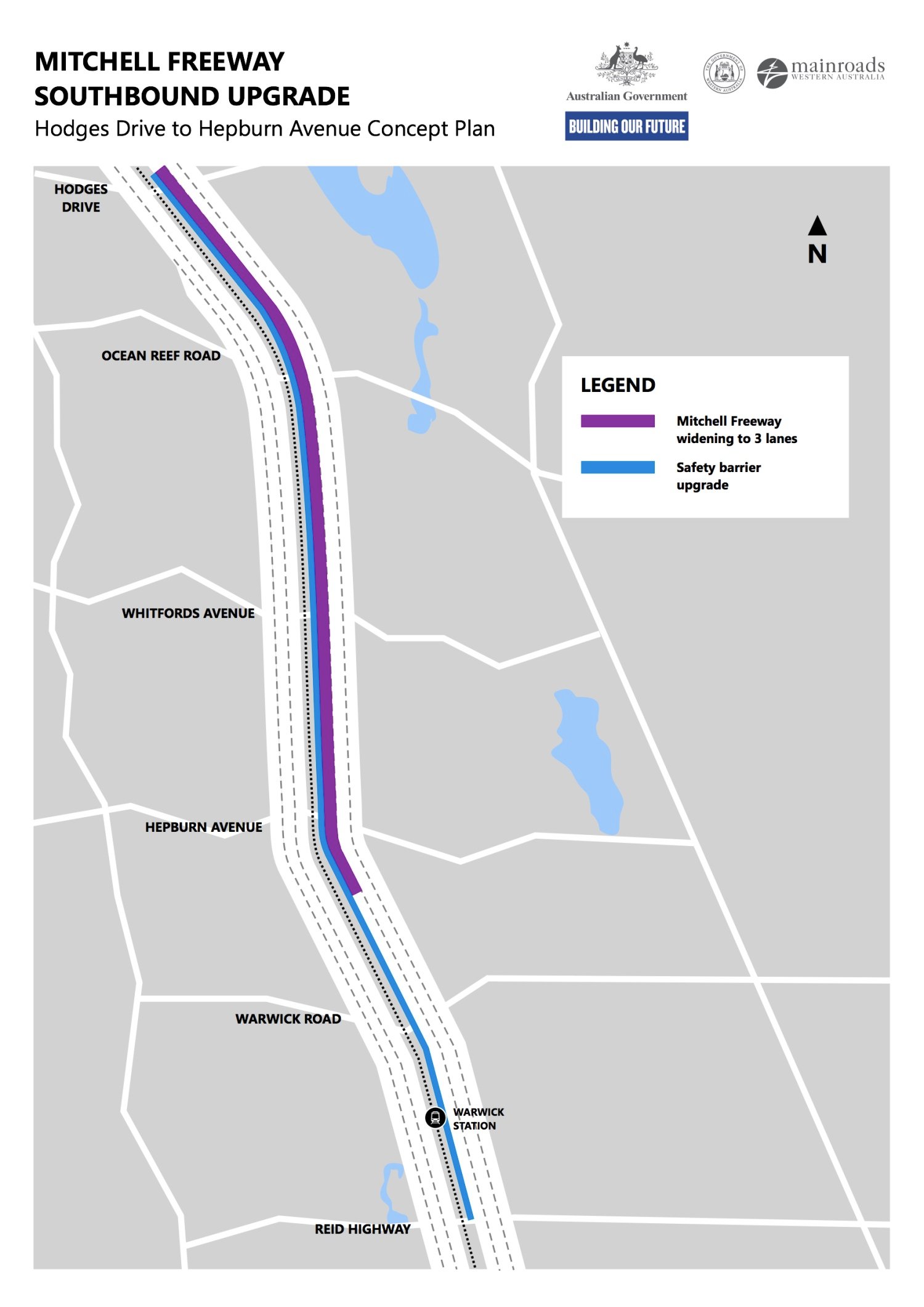 In addition, installation of co-ordinated ramp signals and associated smart technologies are also planned from Hester Avenue to Warwick Road as part of the northern portion of the Transforming Freeways project.

“Combined with the introduction of smart freeways technology, the widening of key bottlenecks on Mitchell Freeway southbound will result in travel time savings averaging up to seven minutes from Hodges Drive to Vincent Street. This will benefit the 28,000 vehicles using this section of the freeway during the morning peak periods.

“Combined with travel time savings of up to seven minutes already experienced on the recently completed Cedric to Vincent Street upgrade, northern suburbs residents can expect to save up to 14 minutes on their morning commutes to the CBD,” Minister for Transport and Planning Rita Saffioti said.

Construction is anticipated to begin over the coming months and will support about 1,000 jobs.

The Australian and Western Australian Governments are jointly funding the $76 million Mitchell Freeway Widening from Hodges Drive to Hepburn Avenue as well as the $140 million Transforming Freeways – Widen and Introduction of ITS project on the Kwinana and Mitchell Freeways.

Western Australia’s METRONET Morley-Ellenbrook Line project is one step closer to construction with the release of a Request for Proposal (RFP) to market for the design, construction and commission of the new rail line.

A preferred route has been chosen by the Western Australian Government for the Bunbury Outer Ring Road (BORR) southern alignment, taking the project one step closer to construction. With the preferred route set, further project planning and design will go underway before it is referred to the Federal and State environmental regulators for approval.