A new civic, cultural and community building is set to rise in Parramatta, New South Wales as construction takes a step closer to beginning on the 5 Parramatta Square development, with Australian contractor Built appointed to deliver the $130 million project.

“The site of 5 Parramatta Square is challenging and Built has come up with innovative ideas for constructing a multipurpose building with a unique facade. The company is already delivering 6 & 8 Parramatta Square, part of Australia’s largest urban regeneration project,” City of Parramatta Lord Mayor Cr Bob Dwyer said. 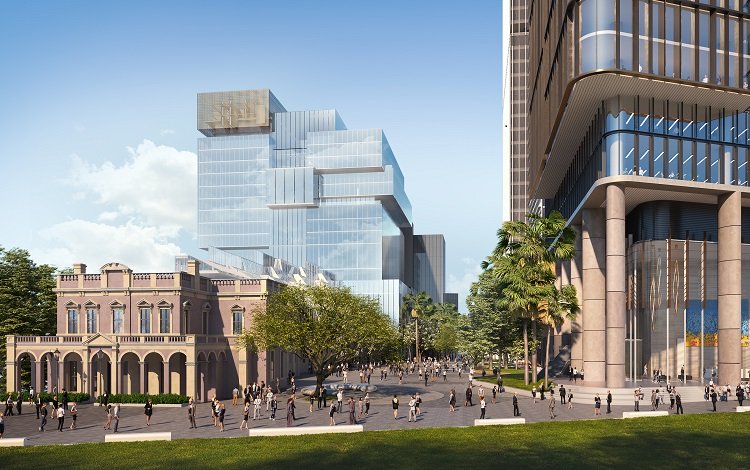 5 Parramatta Square will feature a contemporary public library as well as a Discovery Centre that includes exhibition spaces and visitor services, creative spaces and meeting rooms, and a cafe.

In addition, this new building will also be home to the new Council Chambers.

“This will be a fantastic project for the people of Parramatta. The building is striking in its design and will become a centerpiece for the Parramatta Square development,” Built National Director Stephen Boss said.

The Parramatta Square precinct is being developed on a three-hectare mixed-use area at the heart of the Parramatta CBD - located next to the Parramatta train station and the future Macquarie Street light rail stop - and it includes 6,000-SQM of public domain.

The sod has been turned to signal the start of major construction works on the $2.4 billion Parramatta Square development in New South Wales.