CPB Contractors has been awarded the third and final contract – worth $175 million – for the design and construction of the northern section of the NorthLink WA project – from Ellenbrook to Muchea.

“NorthLink WA is a vitally important project, generating about 1,000 jobs and demonstrating the Liberal National Government’s commitment to transport infrastructure and West Australians. 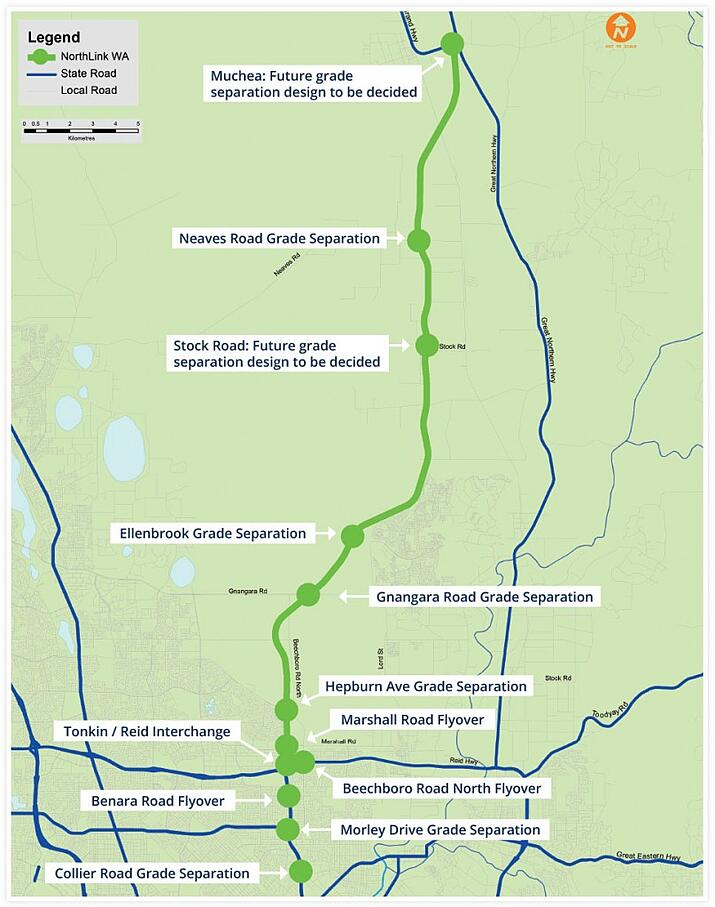 Mr Marmion stated that this stage of the project will vastly improve traffic congestion, with drivers able to bypass about 16 sets of traffic lights as well as two railway crossings. This project will also be able to address safety issues at four of Western Australia’s most dangerous intersection by adding over 150-kilometres of road safety barriers which will protect vehicle occupants and, at the same time, separate oncoming traffic.

“This project will not only create safer communities by reducing traffic on local roads, it will connect those communities through the inclusion of separate pedestrian and cycle paths,” Mr Marmion said.

Once NorthLink WA is completed, it will be able to provide a continuous connection from the Perth Airport area all the way to Muchea. The $1.12 billion NorthLink WA project will also be a part of a high standard freight connection to Fremantle Port, together with the Gateway WA and Perth Freight Link projects.

“Construction is already well underway on Stage 1, Stage 2 is commencing and Stage 3 will begin by mid-2017, so we are certainly on target for project completion in 2019,” Mr Marmion said.

Get the latest industry news and project updates straight to your inbox by subscribing to the PlantMiner newsletter today.

Thiess - a CIMIC Group member - has been awarded a $225 million contract to continue providing mining services for BHP Nickel West at the Rocky’s Reward mine - located at Leinster, approximately 400 kilometres north of Kalgoorlie, Western Australia.

Metro Mining has awarded SAB Mining the mining contract for the Bauxite Hills Mine project located 100 kilometres north of Weipa in North Queensland.