New Cross River Rail stations in the Gold Coast are a step closer to being built as the Queensland Government announced the beginning of detailed design for the three stations along with a sneak peek of the new Pimpama Station.

GHD Woodhead – the architecture arm of GHD – has been awarded the contract to design the three stations for Pimpama, Merrimac and Helensvale North.

Approximately 20 full-time jobs are expected to be created through the detailed design process.

“This is the very first step towards building three new stations on the coast as part of my government’s $56 billion infrastructure guarantee.

“Investing in these stations alongside our $1 billion M1 upgrade, $1.5 billion second M1 and $709 million light rail stage 3 is an important part of our economic recovery and will put the Gold Coast in the fast lane when it comes to transport and jobs through COVID-19,” Premier Annastacia Palaszczuk said. 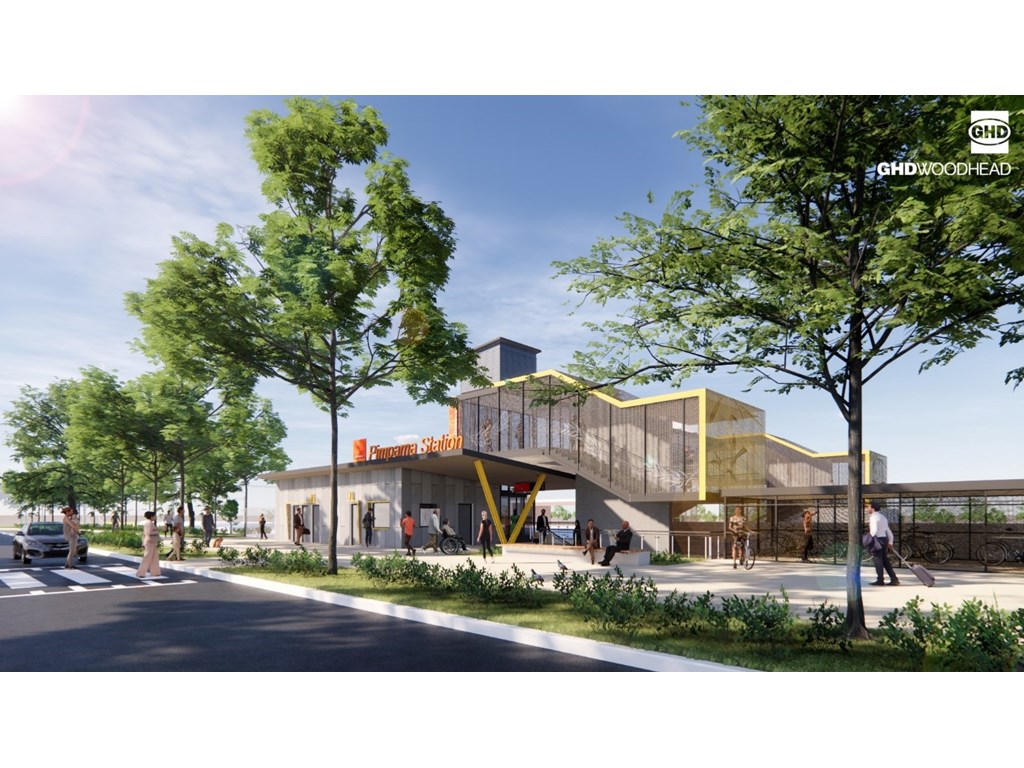 In addition to the 20 full-time positions, up to 100 GHD workers will also be involved in the detailed design process for the Cross River Rail Gold Coast stations. This will include engineers and scientists as well as cadet technicians that are based in GHD's Gold Coast and Brisbane offices.

“GHD will refine the existing concept designs for each station, producing detailed designs, documentation and approvals ready for consultation.

“As part of the detailed design phase, additional studies will be undertaken including construction methodology, noise modelling, flood modelling and flora and fauna studies.

“Community feedback and input is being considered as part of the detailed design phase and there will be another opportunity for public consultation on the updated designs later this year, with nearby communities to be notified well in advance,” Minister for Transport and Main Roads Mark Bailey said.

According to Member for Gaven Meaghan Scanlon, the detailed design process is a vital step that will ensure the future stations are ready by 2025 when Cross River Rail is due to begin operations.

“The first concept image are exciting for our community, and show the opportunities that the Palaszczuk Government is creating by investing in public transport on the coast.

“Getting started now means that within a few years Gold Coasters in our booming northern suburbs will be able to catch a train to the rest of the Gold Coast, to Brisbane and connect with our light rail,” Ms Scanlon said.

Initial concept designs for the new stations at Pimpama, Merrimac and Helensvale North include:

The Victorian Government is gearing up to remove the dangerous and congested level crossing at Glenroy Road in Glenroy, with the announcement of the project design as planning progresses.

Detailed designs for the new Pimpama station in the Gold Coast has been released as part of the consultation phase of the project.

With most of the first stage of works on the Albany Ring Road Project in Western Australia already completed, the transport infrastructure project is progressing to the next phase with the award of a $98 million construction contract to Decmil.