Following the appointment of a contractor in July of this year, preparation works for the new Darwin Ship Lift is now being carried out on site.

The pre-construction works include checking and safe removal of any objects that could potentially interfere with the delivery of the project. This also involves searching for items of heritage significance as well as any Unexploded Ordnance (UXO) from World War II.

“There will be a ship lift built in the Northern Territory – it is exciting to see the beginning of preparation works.

“The ship lift is a major national infrastructure project. As a key piece of enabling infrastructure, the ship lift will establish Darwin as a key maritime maintenance hub and create the opportunity to grow a thriving marine service and supply sector in Darwin, to create jobs and grow businesses and is key to establishing a marine service precinct at East Arm,” Chief Minister Natasha Fyles said.

The preparation works are undertaken by local business, Aurecon. Their scope of work includes an initial survey identifying potential areas of interest. To locate potential metallic targets, a magnetometer as well as a side scanner and hand-held metal detectors are being used.

In addition, divers will further investigate targets with support from maritime archeologists to find any objects that have heritage significance.

If any objects of heritage significance are found, they will be catalogued for consideration and appropriate management with the Northern Territory Government’s Heritage Branch.

The Territory Labor Government has committed $515 million towards the Darwin Ship Lift project, including construction costs and the delivery of other ancillary works. A $300 million NAIF loan was also secured for the development of the new facility.

The ship lift is going to be built at East Arm and it is anticipated to inject millions into the local economy each year. The project will also see up to 250 Territorians employed during the peak construction period.

The Darwin Ship Lift is set to become a key enabling infrastructure for the region’s future marine industry park.

Once operational, the ship lift facility will service large vessels up to 5,500 tonnes and will be used by several industries including offshore petroleum, fishing, pearling, Defence and Border Force.

“Infrastructure investment is key to growing our economy and population, and crucial to attracting private sector investment, while balancing the social needs of our growing community.

“This is a very significant investment by the Territory Government into our future.

“The facility will be a fit for purpose to service vessels from multiple sectors – Defence, Border Force, offshore petroleum, pearling, fishing and tourism – as well as other maritime industries,” Minister for Territory Development Eva Lawler said. 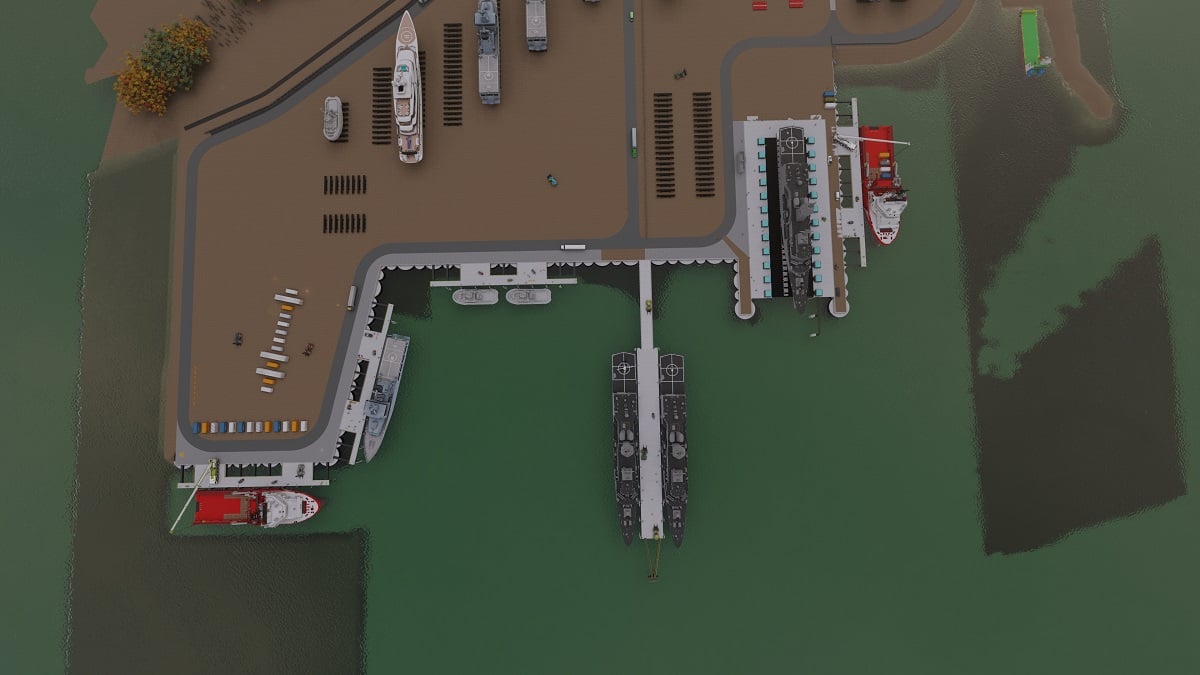 At the Darwin Ship Lift Facility, vessel owners will be given the option to choose and manage their own service and maintenance providers, which also enables multiple providers to operate simultaneously at the facility.

The contract to design and build the Darwin Ship Lift was awarded to the Clough-BMD joint venture earlier this year. You can read more about the contract award here.

Construction is expected to take up to two years to complete, with the facility up and running in 2024.

The first stage of the procurement process for the $400 million Ship Lift and Marine Industries Facility in the Northern Territory is now underway with construction tenders now out to market. In addition, geotechnical and survey works are currently underway at the project site.

A new $400 million ship lift facility - the largest in Northern Australia - is set to be built at East Arm in the Northern Territory. Local company Paspaley Group will be partnering with the State Government for the delivery of this project.

A major milestone has been reached on the Darwin Ship Lift project in the Northern Territory as it moves to the third and final stage of procurement following the announcement of two shortlisted tenderers.