Three metro stations on the more than 125-year-old T3 Bankstown Line – between Sydenham and Bankstown – in New South Wales are due to be upgraded soon following the awarding of a new $107 million contract to Downer EDI Works Pty Ltd.

Under this contract award, Downer will be upgrading the Dulwich Hill, Campsie and Punchbowl stations as part of the Sydney Metro City & Southwest development.

This contract is in addition to the $98 million contract awarded earlier this month for upgrades to Wiley Park, Hurlstone Park and Belmore stations. 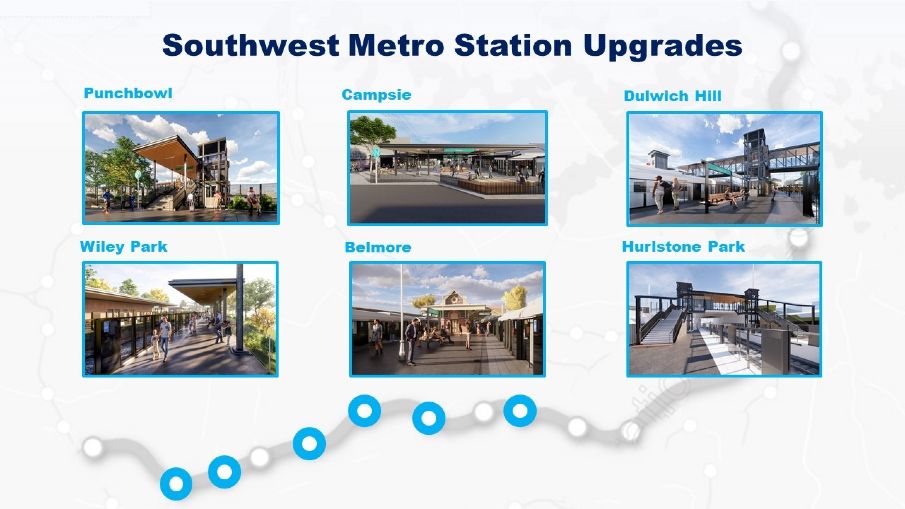 Scope of works for the new contract will include:

This project will also include preparing the stations for the installation of platform screen doors. These screen doors are glass safety barriers that will keep people and objects such as prams away from the tracks. These safety barriers are being used in Australia on Sydney Metro for the first time.

Better metro services will begin running on the upgraded Bankstown Line by 2024, with trains every four minutes in each direction during peak times.

Sydney Metro’s new Barangaroo Station is one step closer to beginning construction with the announcement of three shortlisted builders in December 2019. Hutchinson, John Holland and Watpac are now on the Request for Tender stage of the project.

Sydney Metro Bankstown Line Upgrade given the go ahead for development

The Bankstown Line Upgrade between Sydenham and Bankstown - as part of the Sydney Metro City and Southwest project - has now been given the go ahead for development.

Another major milestone has been reached on the Sydney Metro West development in New South Wales with planning approval granted for tunnelling works between The Bays and Sydney CBD.