“Thousands of Victorians know how busy the M80 Ring Road and Monash can be during peak hour, and we’re getting on with the preliminary construction to get people home sooner and safer,” Federal Minister for Population, Cities and Urban Infrastructure Alan Tudge said.

Both upgrades are expected to create more than 850 jobs collectively and once the two projects have been completed, they will be able to provide safer and more reliable journeys for over 165,000 cars and 22,000 trucks across the northern and western suburbs.

The upgrades will also help reduce travel times between Pakenham and the city by up to 10 minutes during the morning peak.

The projects are set to enhance connections to major freeways as well as interstate links. This includes the Hume Freeway, the future North East Link, the Princes and West Gate Freeways and the future West Gate Tunnel.

“We’re improving vital road corridors in every direction you look, and these upgrades to the M80 and Monash will bring relief to hundreds of thousands of drivers each day,” Victorian Minister for Transport Infrastructure Jacinta Allan said.

The M80 Ring Road project will include: 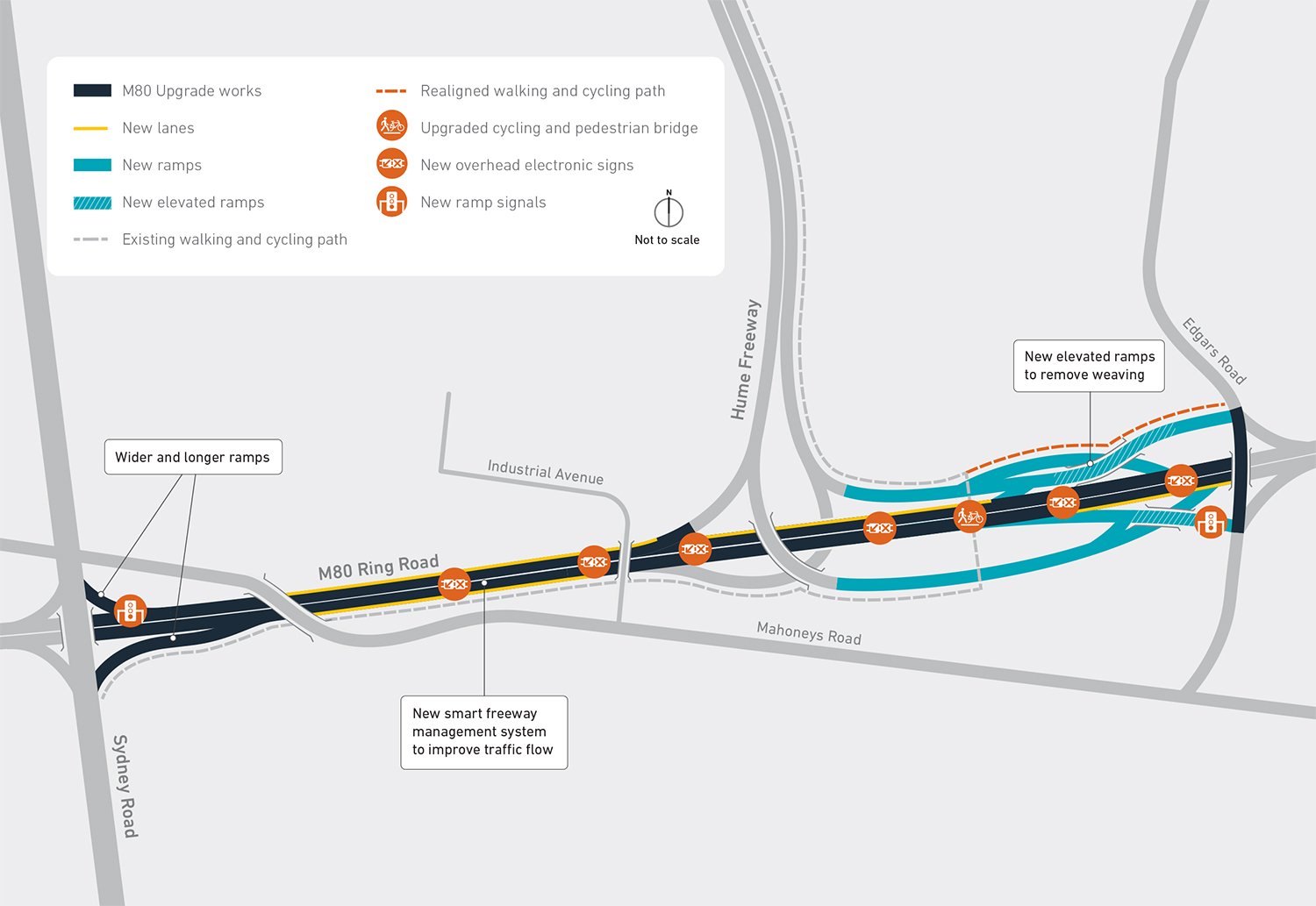 On the other hand, the second stage of the Monash Freeway Upgrade will include:

In addition to survey and geotechnical works, shoulder preparations on the freeway will also get underway to keep lanes open during construction.

Both the Monash Freeway and M80 Ring Road will remain open during peak construction period to keep commuters and freight moving and to minimise disruption.

The two projects are being delivered by Major Road Projects Victoria and jointly funded by the Australian and Victorian Governments. Construction of both projects will be undertaken by CPB Contractors.

Fulton Hogan has been awarded the $300 million contract to deliver works on Melbourne’s M80 Ring Road upgrade project between Sunshine Avenue and Calder Freeway. The iconic EJ Whitten Bridge is also included in the upgrade works.