Early works have commenced on Singleton’s largest infrastructure project to date – the Singleton Bypass – taking it a step further towards major construction.

“The Australian Government is proud to be making a significant investment to bring this vital bypass to fruition.

“This will benefit communities and businesses around Singleton by boosting freight productivity while safely and more quickly connecting people with jobs and services.

“We know the real difference this can make for Australians, which is why our Government is investing in infrastructure like this right across NSW,” Federal Minister for Infrastructure, Transport, Regional Development and Local Government Catherine King said.

Early works on the new bypass road will include the installation of fencing along the corridor, demolition of existing buildings and relocation of utilities along with additional geotechnical investigations and surveys.

The Singleton Bypass is going to be delivered under a construct and design contract that is anticipated to be awarded in mid-2023.

“The New England Highway currently carries around 26,000 vehicles, including more than 3,700 heavy vehicles, through the centre of Singleton each day.

“By reducing traffic passing through, particularly that heavy freight, motorists will reap the benefits of better traffic flow, travel times and safety through Singleton’s town centre.

“Plus, with the local jobs and long-term economic boost the project will deliver, it’ll leave a lasting legacy for communities,” Federal Member for the Hunter Dan Repacholi MP said. 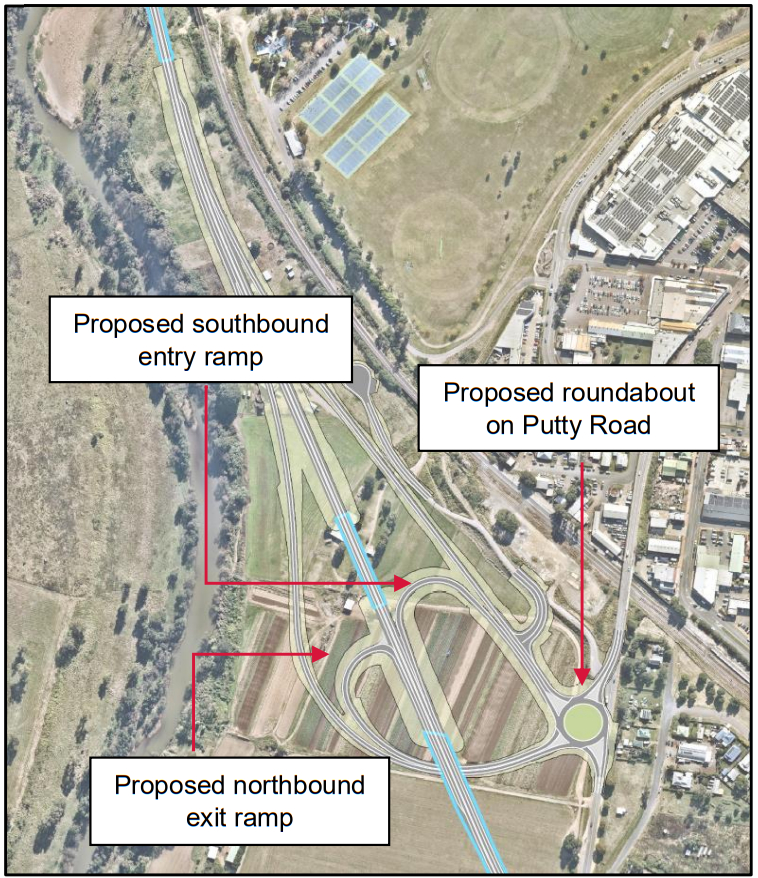 The bypass is proposed to feature:

“The eight-kilometre project will ease congestion on one of the Hunter region’s most notorious bottlenecks making the daily commute for motorists easier.

“It will bypass five sets of traffic lights in Singleton’s CBD and remove about 15,000 vehicles a day from the town centre.

“The NSW Government is building what matters, like the Singleton Bypass, to secure a brighter future for regional NSW,” NSW Regional Transport and Roads Minister Sam Farraway said.

The Singleton Bypass will also be designed to cater for future upgrades to a dual carriageway where necessary to meet traffic demands.

Major construction on the project is anticipated to commence in late 2023 and the new bypass to open to traffic in late 2026, weather permitting.

“It is all systems a go here in the Hunter, this is a project that I have pushed for because I know just how much of a positive impact it will make in our community.

“The Singleton Bypass will not only bust congestion but it will improve connectivity, take the trucks out of the main township and, importantly, support more than 1,300 jobs during construction.

“I am pleased the bypass will include a full interchange with Putty Road and a new 600-metre-long bridge at the southern connection – something our community had asked for,” State Member for the Upper Hunter Dave Layzell said.

A shortlist of tenderers has been announced for the design and construction of the New England Highway bypass of Singleton, taking the $700 million project a step closer to being built.

Canberra’s Commonwealth Avenue Bridge is up for a much-needed upgrade with the Australian Government investing approximately $137 million towards the delivery of this important infrastructure project in the Australian Capital Territory (ACT).