The $944 million Brisbane Metro project is a step closer to commencing construction, with a special industry briefing session to be held where more than 200 industry leaders - from locally-based to international companies - attending to hear about construction and employment opportunities on the project.

Expressions of Interest (EOIs) are expected to be called following the industry briefing session - which will outline the project’s key milestones as well as the Brisbane City Council’s contracting model.

“We are gearing up to start procurement for the Brisbane Metro project that will cut travel times, unlock bus congestion in the CBD and improve services to suburbs.

“Brisbane Metro services will commence in 2023 and will revolutionise the way we travel, getting residents home up to 50 per cent faster on a high-frequency service, reducing bus congestion in inner-city streets and ensuring our city continues to thrive as a great place to live, work and relax,” Acting Mayor Adrian Schrinner said.

Mr Schrinner added that the EOIs are for the main Inner City Infrastructure package that will include a new underground station located at the Cultural Centre precinct - valued at $315 million to build - as well as a new tunnel under Adelaide Street. An international Registrations of Interest process will also commence to deliver the fleet of 60 high-capacity Metro Vehicles.

The Brisbane Metro project will be delivering two new high-capacity metro lines that will utilise the existing South East Busway as well as parts of the Northern Busway. The two lines will be: 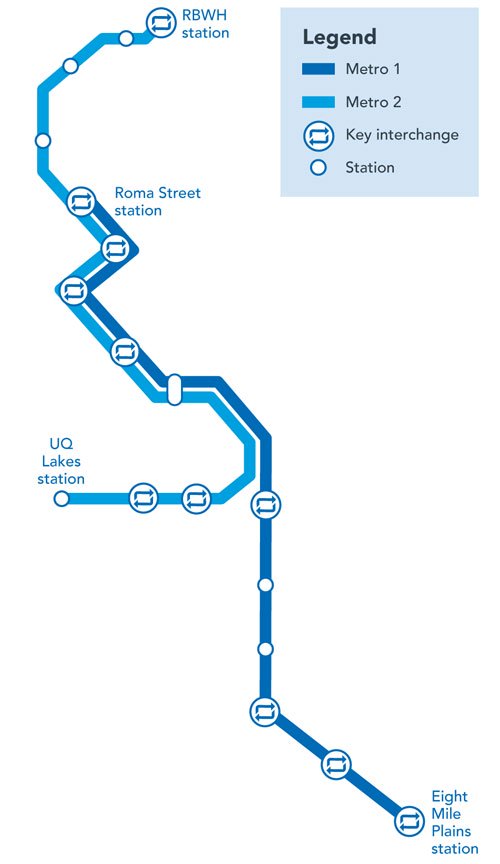 Key elements of this project will include:

Once works on the project are completed, the Brisbane Metro will be able to slash travel times, reduce inner city bus congestion as well as improve transport services to inner suburbs.

The Australian Government has allotted approximately $300 million for the delivery of Brisbane Metro from the 2018-19 Federal Budget.

Subject to approvals, procurement activities are expected to begin by mid-2018, while detailed design and construction of the project is set to commence in 2019. The Brisbane Metro is projected to begin service in 2023.

What are your thoughts on the Brisbane Metro project. Let us know in the comments section below.

The sudden and extraordinary ballot last night saw Malcolm Turnbull become Australia's fifth prime minster in five years after toppling Tony Abbott in a leadership coup by 54 votes to 44. Turnbull has vowed 'a different style of leadership' to tackle the nation's economic problems, but how does this translate to the challenges in developing Australia crucial national building infrastructure?

Major construction works has begun on the $985 million Northern Connector project in South Australia, with local businesses and workers set to reap its benefits. According to Federal Urban Infrastructure Minister Paul Fletcher, Lendlease – the project’s major works contractor – has commenced major construction on the Southern Interchange.