EPOCA wins $2.3m contract for upgrade works on the Port of Mackay

Local contracting firm, EPOCA Constructions has been awarded the $2.3 million contract for works on a major infrastructure upgrade in the Port of Mackay at North Queensland.

According to Treasurer Curtis Pit, EPOCA will deliver a $1.9 million upgrade works on the Harbour Road East’s intersection as well as construction on a 1.9 hectare laydown area.

“This is part of the Palaszczuk Government’s Accelerated Work Program and is delivering much-needed jobs and investment in Mackay and the local economy.

"Infrastructure investment such as the Harbour Road East upgrade are about improving efficiency and attracting new customers to help support the economic development of Queensland and the Mackay region,” said Treasurer Curtis Pit 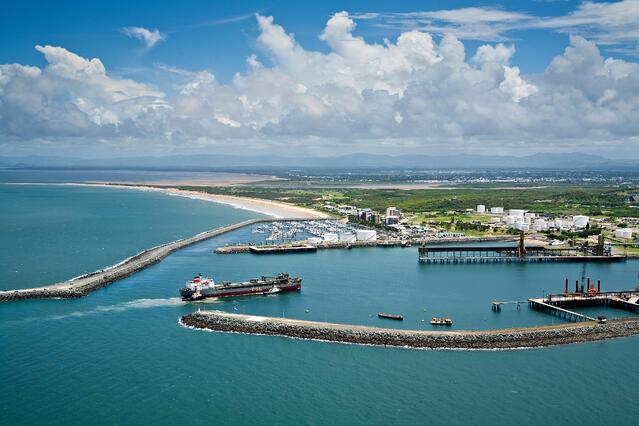 Ports Minister Mark Bailey said that the upgrade on the Ports of Mackay will help in improving the efficiency of transport in the area as well as promote jobs. According to Minister Bailey, locals will be able to see at least 26 people getting employed by the scheduled completion of works at the end of September. He also said that the Harbour Road East upgrade will “support trade growth for the next 25 years”.

Jeff Stewart-Harris, North Queensland Bulk Ports’ (NQBP) acting Chief Executive Officer welcomes this investment. Mr Stewart-Harris said that aside from the $1.9 million investment for the Accelerated Works package, NQBP has also committed $400,000 for works on a stormwater drainage on Presto Avenue and the completion of road works at Spiller Avenue.

Aside from the Accelerated Works package, drainage and road works, new energy-efficient LED street lights will also be installed to help improve the safety and visibility on the Harbour Road East intersection.

In the meantime, you can read up on the eBook below and learn about the advantages of utilising local businesses on your next project.

CIMIC Group company UGL Limited has secured more work contracts with a total value of approximately $200 million. The contracts are for the extension of supply maintenance and turnaround services for clients in the oil and gas sector in Western Australia and Victoria.

Monadelphous secures $200m worth of works in the east coast

Perth-based engineering contractor Monadelphous Group has secured $200 million worth of works in the east coast which includes two major contracts in the water infrastructure market.

UGL secures $200m worth of construction and maintenance work contracts

UGL Limited – a member of CIMIC Group – grows its order book for 2020 with a number of construction and maintenance contract awards in the mining industry, with the contracts having a combined value of more than $200 million.