A new pedestrian and cyclist bridge crossing the Swan River in Western Australia will soon be built with Expressions of Interest now out to market to find a contractor to undertake its construction.

The new Causeway Pedestrian and Cyclist Bridge project will deliver two new bridge sections. The shorter 140-metre section will be connecting the City of Perth to Heirisson Island while the longer 250-metre river crossing will complete the pedestrian and cycle pathway from the island and into the Town of Victoria Park.

The new Causeway Bridge is being built as a key part of the $1.5 billion Perth City Deal.

“The new Causeway Pedestrian and Cyclist Bridge forms part of the Perth City Deal’s CBD Transport Plan and will play a major role in promoting active transport in Perth.

“We are investing in the vibrancy of the Perth CBD while creating a legacy of public infrastructure,” Federal Minister for Communications, Urban Infrastructure and Cities and the Arts Paul Fletcher MP said.

The old Causeway Bridge was built in 1952 and it is one of the busiest connections to central Perth, but it is too narrow to accommodate the demand from locals using the bridge for walking, running and riding.

“The new Causeway Bridge will become another iconic structure across the Swan River, joining the WA-built Matagarup Bridge as another major attraction.

“The bridge and associated paths will see an investment of $50 million and support 350 jobs, assisting the State’s post-COVID recovery. 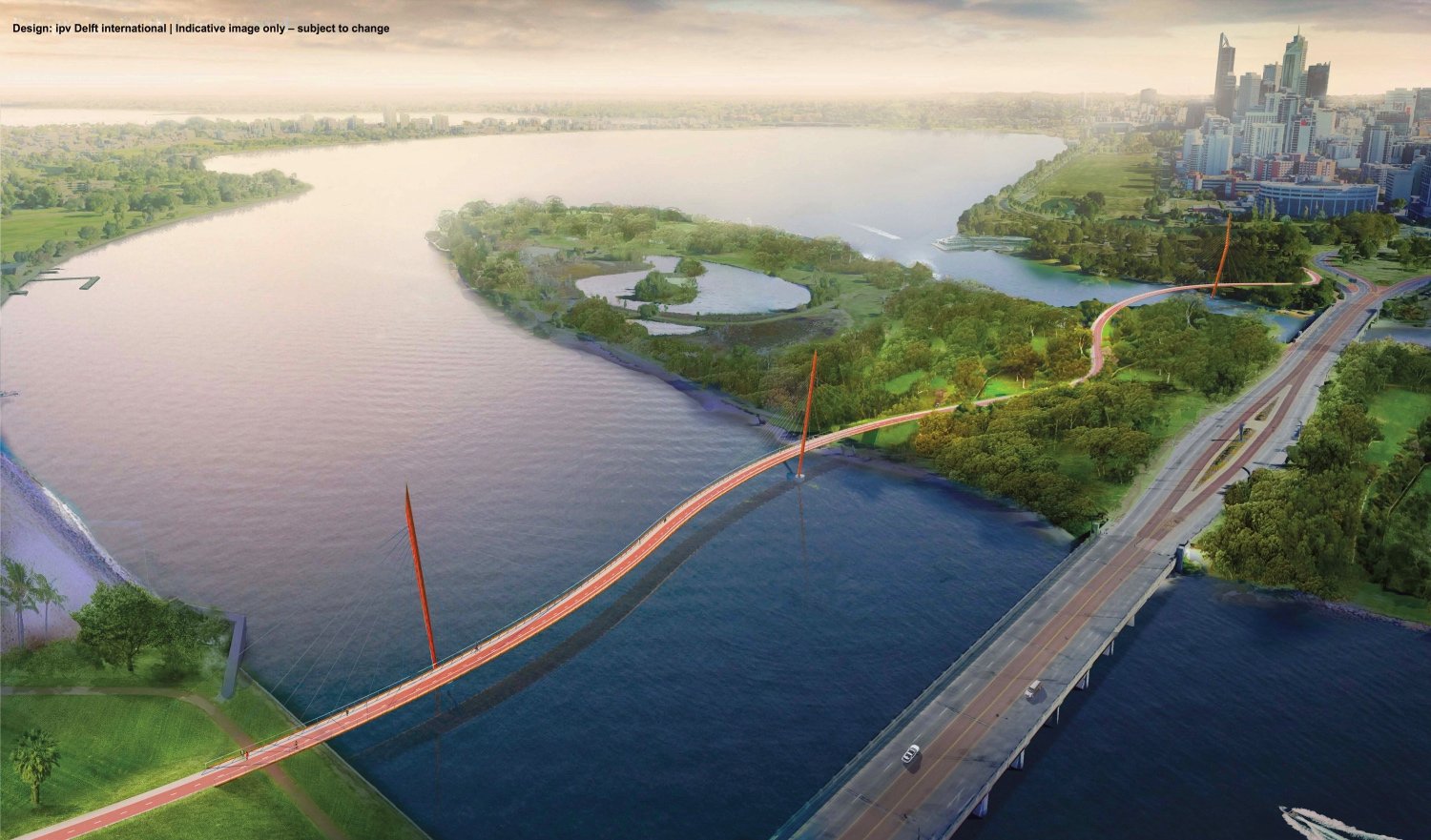 The new Causeway Pedestrian and Cyclist Bridge is set to become a significant tourist attraction while providing a much-needed cycling and walking path between the CBD and Victoria Park.

“The new Casueway Pedestrian and Cyclist Bridge will deliver a safer, more connected crossing for all kinds of cyclists and pedestrians. It’s a project that’s been talked about for years so we’re getting on with building it,” State Member for Perth John Carey MLA said.

The existing Causeway Bridge caters to about 1,400 cyclists and 1,900 pedestrians daily, which is equivalent to 500,000 bike trips a year.

The new bridge will introduce another tourism experience for visitors and, at the same time, provide a safer, better link for pedestrians and cyclists between Perth CBD and Victoria Park.

The design for the new bridge will draw inspiration from Aboriginal history and culture, featuring two pylons that reach 35 to 40 metres high.

Stakeholder consultation, which includes representatives from aboriginal groups, has played a big part in the development of the early concept design of the new Causeway Bridge.

The contract for the project’s construction is due to be awarded later this year, with works to commence in 2022.

This project is jointly funded by the Australian and Western Australian Governments, each contributing $25 million.

Four dangerous and congested level crossings in Preston, Victoria will be permanently gone by the end of 2022 as early works commence to remove the Bell Street, Cramer Street, Murray Road and Oakover Road level crossings.

A new Swan River Crossing in Fremantle, Western Australia is a step closer to being built as proposals to develop, design and construct the traffic bridge are now open for submissions from industry.