A major milestone has been reached on Victoria’s largest infrastructure investment to date, with Expressions of Interest (EOIs) for the tunnelling packages for Suburban Rail Loop (SRL) East released to market.

The first tunnelling package – the longest in Victoria’s history – will deliver about 16 kilometres of twin tunnels between Cheltenham and Glen Waverley. On the other hand, the second package will deliver tunnels from Glen Waverley to Box Hill – completing the SRL East corridor.

The contracts for the two tunnelling packages – namely Package C and Package D – are due to be awarded by the end of 2023 and by the third quarter of 2024 respectively.

The tunnelling packages will utilise up to 10 tunnel boring machines (TBMs) that are custom-built to suit the local ground conditions. The number of TBMs used on this project will speed up the tunnelling process.

There are three TBM launch sites planned at Monash, Heatherton and Burwood.

In the coming weeks, initial construction will commence to prepare for major works to begin, including establishing the TBM launch sites.

In addition, the package of works will also deliver safety cross passages between the tunnels, station boxes at Clayton and Monash as well as tunnel entrances and exits at the stabling facility site.

Suburban Rail Loop East will include:

Tunnelling works are anticipated to commence in 2026, which attracts the interest of some of the world’s leading construction companies. 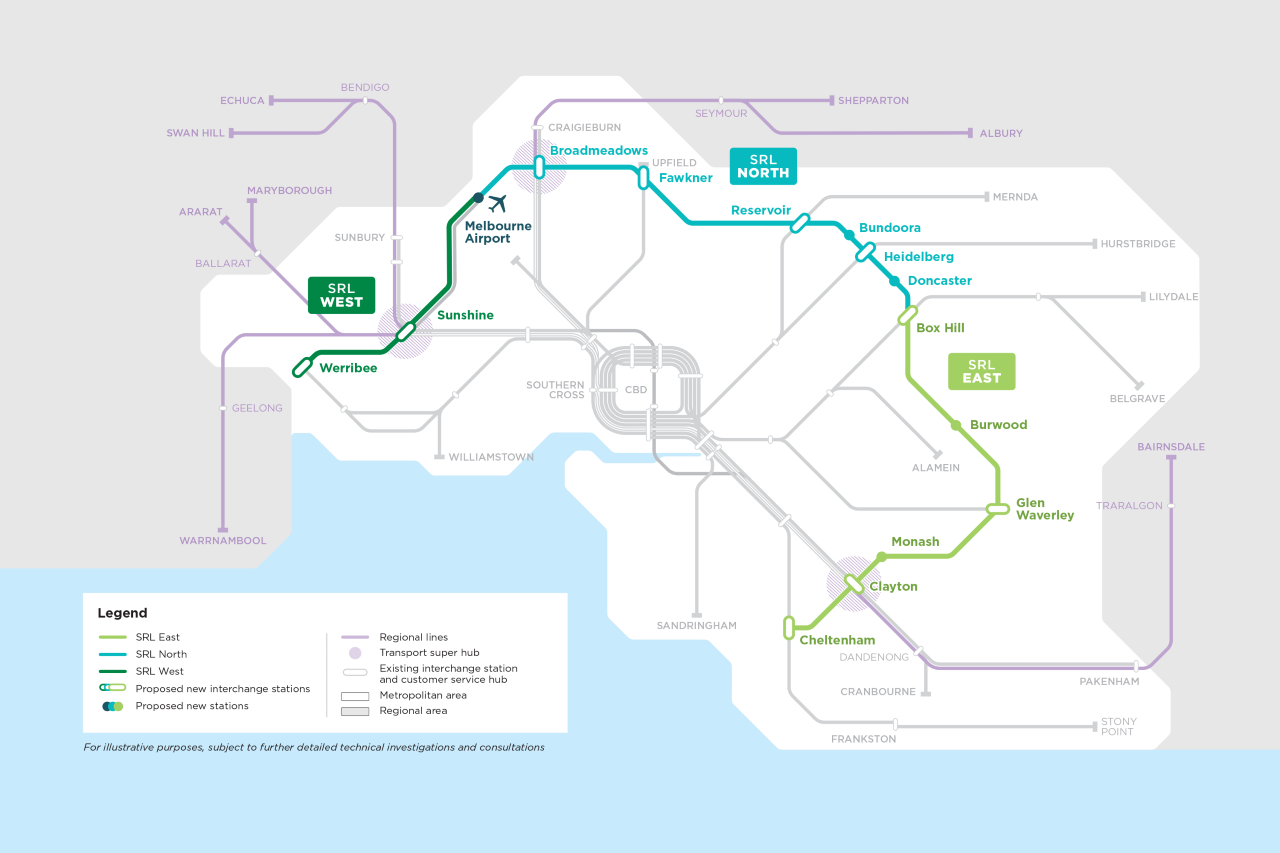 The Victorian Government has launched the SRL Community Projects Fund, which delivers local projects to communities from Cheltenham to Box Hill while works are being carried out on SRL East. This new fund will provide benefits to communities along the project route even before trains start running on the rail line.

Some eligible projects include new and improved open spaces and facilities such as parks, playgrounds, community hubs, sports club upgrades and new equipment, and support community events and festivals.

“The pandemic has made us all appreciate the importance of our local community – this new fund will deliver new and improved parks, community facilities, and support for local sports clubs and events alongside a state-shaping project to connect suburbs and create jobs,” Minister for Transport Infrastructure Jacinta Allan said.

For each year during the construction phase, funding rounds will be conducted for “exciting new initiatives and projects both big and small”. Application for the first round of Community Support Grants is now open where not-for-profits, sports clubs and schools can apply for grants that amount to between $10,000 and $80,000. The first grant is set to be awarded later this year.

“We will bring together community feedback and landscape expertise to advise on the best use of open spaces for these neighbourhoods,” Mr Entwise said.

In November last year, the Victorian Government announced that it will commit $9.3 billion to get the gear going on SRL East. With this significant investment, the project is anticipated to create up to 8,000 direct jobs over its life.

Along with the funding announcement, a $500 million contract for Initial Works and Early Works on SRL East was awarded to Laing O’Rourke and the works are expected to support approximately 800 direct jobs.

You can read more about the funding commitment and contract award here.

New mine in VIC to create more than 500 jobs

Victoria’s Earth Resources department has green-lighted the reopening of a dormant copper and zinc mine in East Gippsland. This project is expected to create more than 500 local jobs and it will involve the development of the Stockman mine tailings dam in Benambra.

Works to remove the Toorak Road level crossing in Kooyong, Victoria is one step closer with the $89 million contract to deliver the project awarded to the alliance between Laing O’Rourke, Jacobs and Metro.

The Commonwealth Government has agreed to open Tony Abbott's 'locked box' policy and allowed the Victorian Government to keep the $1.5 billion allocated for the dumped East West Link project.