“The delivery of the toll-free Sydney Gateway will be a massive improvement to the way motorists travel to Sydney Airport, and take around 10,000 heavy vehicles off local streets in Mascot every day as they travel to Port Botany,” Premier Gladys Berejiklian said.

Once completed, travelling to Sydney Airport will take less time. Motorists will be able to save approximately 40 minutes from Parramatta, 30 minutes from Haberfield, 22 minutes from Bankstown or Campbelltown and 9 minutes from Rozelle. 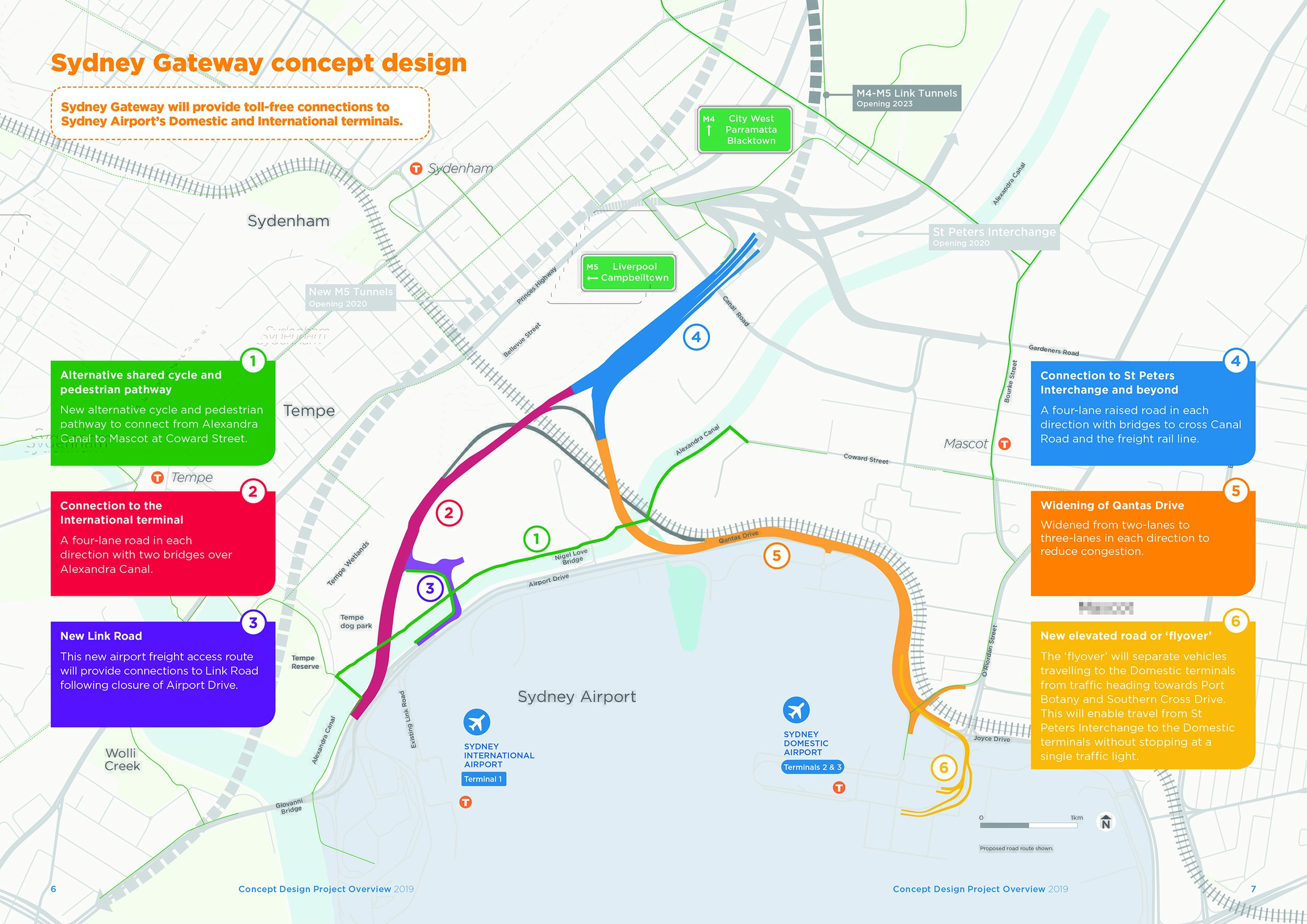 “Sydney Gateway will include a dedicated flyover to the front door of the domestic airport terminal and improve connections towards Port Botany.

“There will be further time savings from Parramatta, Dee Why, Moorebank and Campbelltown, and provide relief to Southern Cross Drive, King Georges Road and the M5 East tunnel,” Minister for Roads Andrew Constance said.

The winning private sector bidder who will build the Sydney Gateway project is going to be chosen through the expressions of interest process. In addition, an environmental impact statement is set to be released by the end of the year.

Sydney Gateway is anticipated to be completed by 2023, which will coincide with the completion of WestConnex.

Sydney Metro update: CBD buildings to be demolished & how to have your say

The latest development in the Sydney Metro project is that two high-rise buildings in the CBD will be knocked down at Martin Place and Castlereagh Street, with the sites to be developed into entrance points to the interchange