Adelaide's new rail line will connect the Flinders University and Flinders Medical Centre to the CBD, benefitting southern suburb commuters as well as hundreds of thousands of workers, patients, students and visitors who attend the precincts every year.

The Federal Government has pledged $43m in funding, with the State Government to fund the other half of the $85m project.

The project has guaranteed certainty despite the upcoming federal election - South Australian Infrastructure Minister Stephen Mulligan said that the project will go ahead regardless of which party wins. Cue Adelaide's collective sigh of relief! 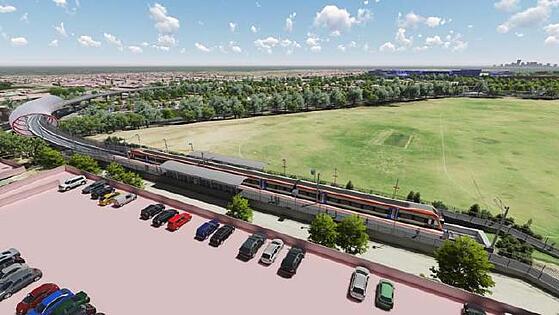 The 2-year project will extend the existing Tonsley rail line by 650m and build a new station adjacent to the Flinders Medical Centre.

The new line is expected to cut travel time for commuters by around 18 minutes, making the journey from the CBD to Flinders Medical Centre just 20 minutes.

The project will create around 75 new jobs and will coincide with the $620m North-South Corridor Darlington Upgrade which has created hundreds of jobs for the community.

For updates on the project subscribe to Felix Project News.

Adelaide is set to benefit from $551 million in funding with the three levels of government - Federal, State and Local - signing off on a City Deal that will help boost economic growth, tourism and innovation in the region in the next decade.

Adelaide's road black spots to get $22m worth of upgrades

A $22 million investment has been released by the South Australian Government for road safety infrastructure improvements across Adelaide’s metropolitan area.

The South Australian Government will invest $51 million from the State Budget 2019-20 to deliver upgrades to three intersections in the northern suburbs to improve traffic flow on Main North and Grand Junction Roads.