“This project will generate at least 100 jobs during construction and has the potential to deliver a major boost to the regional economy, especially through the inclusion of a dedicated cruise ship facility to attract more tourists to the city and surrounding region.

“The East Shores Stage 1B project will extend the precinct to include an interpretative centre, waterfront café, a much larger fishing platform, amphitheatre, Gladstone Maritime Museum, and a cruise ship terminal at the GPC’s Auckland Point wharf facility,” said Premier Annastacia Palaszczuk.

According to Treasurer Curtis Smith, the government has backed GPC’s plans for the East Shores Stage 1B project. He also stated that the Government is firmly focusing on regional economies as well as creating regional jobs.

“As a state government-owned business, Gladstone Ports Corporation already has a strong track record as a significant contributor to regional, state and national economies. 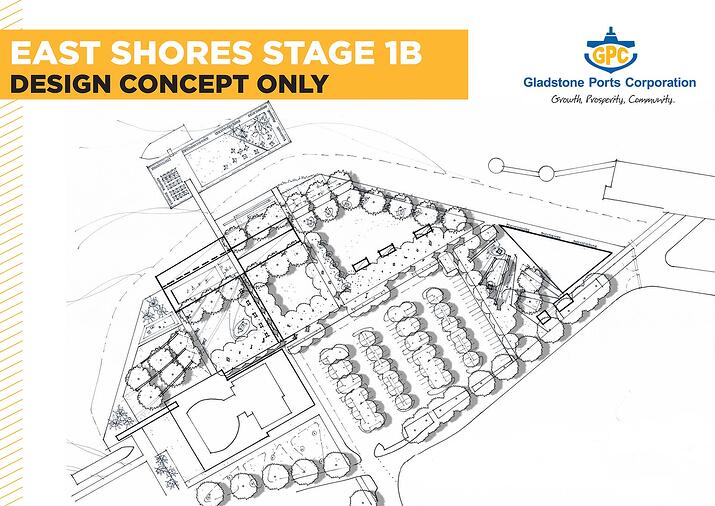 Member for Gladstone, Glenn Butcher, has welcomed the approval of the project’s development. He said that the inclusion of a cruise ship passenger facility in the plan is a valuable addition to the region’s tourism infrastructure.

“Tourism is a significant component of our already diversified state economy and regions like ours have much to showcase to visitors.

Works are underway on the new marine operations terminal located on Gladstone Port Corporation land. The project, part of a $17 million investment by GLNG and QCLNG, is expected to support more than 100 local jobs during construction.

A principal contractor as well as 28 local subcontractors have been appointed to deliver the $25.9 million East Shores 1B project in Gladstone, Queensland. The project is anticipated to create more than 300 jobs.