A 50:50 joint venture between John Holland and CPB Contractors has been chosen to design and build the West Gate Tunnel, a vital road to slash travel times in Melbourne's western suburbs.

The announcement saw John Holland and CPB edge out two other shortlisted bidders including a JV between Lend Lease Engineering and Bouygues Construction, and an international consortium of Salini Impreglio, Fluor Australia and Lane Worldwide.

The job is welcome news to Melbourne construction market, with the project expected to create 6,000 new jobs, including 500 apprentices, up to 150 jobs for former auto workers, and around 400 jobs in Melbourne’s west. 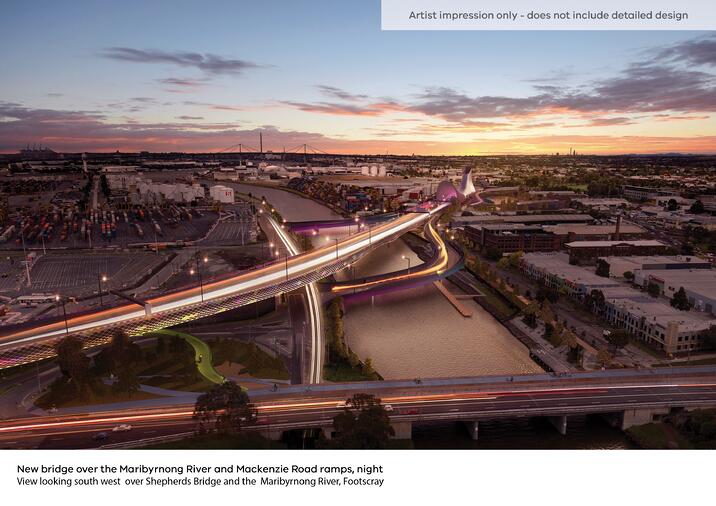 Image Courtesy of the West Gate Tunnel Project, check out more with their interactive map here.

John Holland Chief Executive Officer, Joe Barr, said the result recognised the efforts the Joint Venture had made to ensure an exceptional outcome for the community.

“Our solution features urban design with strong Indigenous elements, as well as high social and environmental value. Our leading edge use of intelligent transport technology will provide improved driver experience and operational effectiveness,” he said.

“We are looking forward to working with Transurban and the Victorian Government on this vital piece of infrastructure.”

Executive General Manager VIC, Trevor Hall, said it was exciting to be involved in a project that would create such important benefits for the people of Melbourne.

“The West Gate Tunnel Project will provide an alternative route to the West Gate Bridge and direct access to the port. In doing so, it will slash traffic congestion, improve productivity, remove numerous trucks from local roads and reduce travel times for motorists,” he said.

“We see this project as amazing opportunity to undertake significant industry training and also create many jobs in Victoria.”

As preferred contractor, the joint venture partners will now support Transurban and the Victorian Government through the Environment Effects Statement (EES) process, which will assess the potential environmental, social, economic and planning impacts of the project, and recommend the approach to managing these impacts.

Following the Minister's approval decision on the EES, contractual close is expected in late 2017, and construction in early 2018.

We'll make sure to update you with any West Gate Tunnel new along the way. Just sign up to PlantMiner's industry blog below.

Construction is now underway on a $425 million mixed-use innovation precinct on the site of the former Royal Women’s Hospital in Melbourne. The project, named Melbourne Connect, was developed by the University of Melbourne together with a Lendlease-led consortium.

Following positive industry response to the preferred design for the Melton highway road bridge in Melbourne's north west, the Level Crossing Removal Authority (LXRA) has shortlisted three companies to vie for the design and construction work.

West Melbourne local roads and public spaces are set to be revitalised with the Victorian Government and the City of Melbourne teaming up to deliver a $100 million package of works that will upgrade streetscapes in this region.